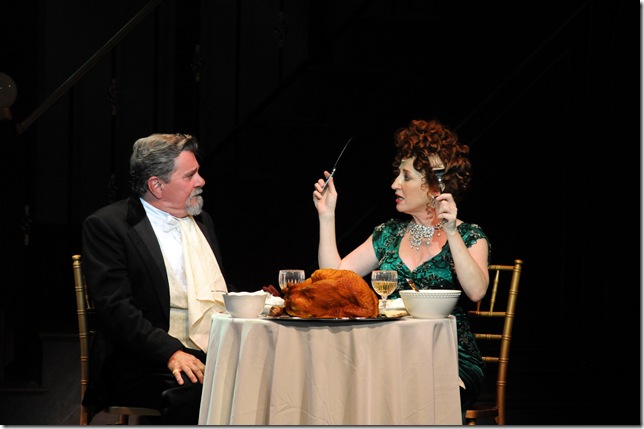 Looking back on 2012, it seems that it was a year of standout musicals and Pulitzer Prize winners at the theater.

Institutionally speaking, we lost the Caldwell Theatre, as well as Promethean and the Mosaic, but there were also gains, like Parade Productions, the Plaza Theatre, Outré Theatre Co. and The Theatre at Arts Garage.

Here are my 10 favorites from the year:

1. Hello, Dolly! (Maltz Jupiter Theatre) ― No Carol Channing and no red dress for the Harmonica Gardens entrance title number? Director-choreographer Marcia Milgrom Dodge and scenic designer Paul Tate Depoo III shook us out of out complacency about this iconic Jerry Herman musical, and Vicki Lewis (as Dolly) and Gary Beach (as her quarry, Horace Vandergelder) did the rest. 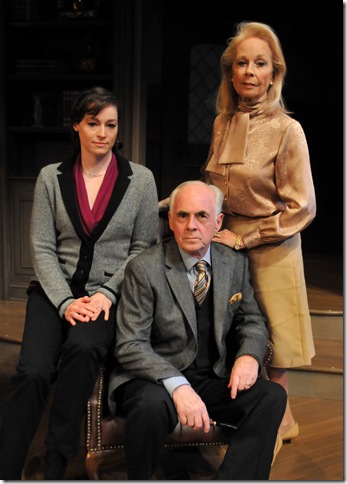 2. A Delicate Balance (Palm Beach Dramaworks) ― The play that won Edward Albee his first Pulitzer after Virginia Woolf was passed over is a more cerebral cousin to that landmark work, but it still cuts deep, as shown in a laser-sharp production headed by Dennis Creaghan and Maureen Anderman as the patrician couple suddenly besieged by move-in visitors to their home.

3. Driving Miss Daisy (Plaza Theatre) ― A wakeup change of pace for this company that had previously served up musical revues and cabarets, this dramedy of interracial odd couple friendship was a Pulitzer winner for Alfred Uhry, and a theatrical winner thanks to John Archie, Harriet Oser and Ken Clement.

4. The Music Man (Maltz Jupiter Theatre) ― Further proof that the Maltz is the area’s leading producer of classic musicals given a different look, this Meredith Willson show about a con artist out to swindle the good people of River City, Iowa, got a winning dance transplant from choreographer Shea Sullivan working with her muse, the gravity-defying Matt Loehr as Professor Harold Hill. 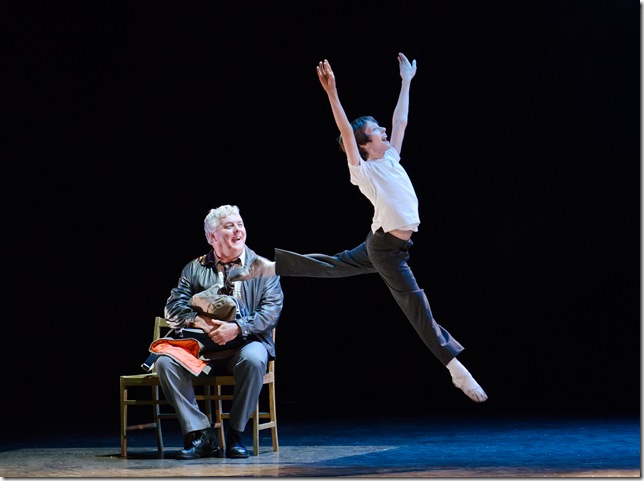 5. Billy Elliot (Broward Center) ― The endearing 2000 film about the son of a British miner who would rather take ballet classes than learn to box made the transfer to the musical stage thanks to the movie’s director (Stephen Daldry) and writer (Lee Hall), as well as composer Elton John, who makes sure we know that young Billy is not gay, but it would be OK if he were. A rare dance-driven musical, thanks to choreographer Peter Darling and a rotating cast of young Baryshnikov wannabes.

6. Hair (Kravis Center) ― The moon was in the seventh house and Jupiter aligned with Mars, a rare astrological occurrence that made this revisit to the “tribal-love rock musical” of the 1960s surprisingly timely, with its anti-war message and counter-culture spirit, staged with a sense of community by Broadway newcomer Diane Paulus. What once was outrageous became more nostalgic, but still theatrically satisfying.

7. Into the Woods (Slow Burn Theatre Co.) ― When composer-lyricist Stephen Sondheim and adaptor James Lapine put a handful of Grimm’s fairy tales into a theatrical Cuisinart, the results were family-friendly, but ultimately its messages were aimed strictly at adults. This company has made its mark with offbeat musicals that other area troupes shy away from, often because of their difficulty or expense. How does Slow Burn do it? Very well indeed.

8. Ruined (GableStage) ― Another Pulitzer Prize winner, this one from adventuresome playwright Lynn Nottage, who journeyed to the Republic of Congo to research this hard-edged tale of civil war and the collateral damage in a bar/brothel on the conflict’s outskirts. Squint and you could see the outline of Bertholt Brecht’s Mother Courage and Her Children. Open your eyes wide and you could enjoy a large, on-target cast headed by magnetic, maternal Lela Elam.

9. Sylvia (Boca Raton Theatre Guild) ― A.R. Gurney put aside his usual pre-occupation with the social rituals of upper-class WASPs to explore instead the mid-life crisis of the urban male in this wrily comic look at a New York couple whose relationship is tested when the husband adopts a saucy stray dog who is eager to offer unconditional love. In the often neglected role of the wife, Patti Gardner made us care about her plight. 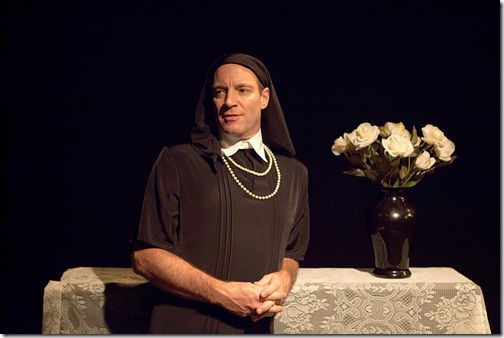 10. I Am My Own Wife (Zoetic Stage) ― Tom Wahl gave a compelling performance as Charlotte von Mahlsdorf, a transgendered survivor of wars and political oppression, plus 30 other characters, in Doug Wright’s offbeat memory box play which, yes, won a Pulitzer.

Film: Playwright August Wilson began his chronicle of the African-American experience throughout the … END_OF_DOCUMENT_TOKEN_TO_BE_REPLACED

Film: Just in time with the opening of movie theaters in Palm Beach County comes the season’s most … END_OF_DOCUMENT_TOKEN_TO_BE_REPLACED

Music: The very last concert Franz Joseph Haydn attended in his life was in March 1808, about a year … END_OF_DOCUMENT_TOKEN_TO_BE_REPLACED