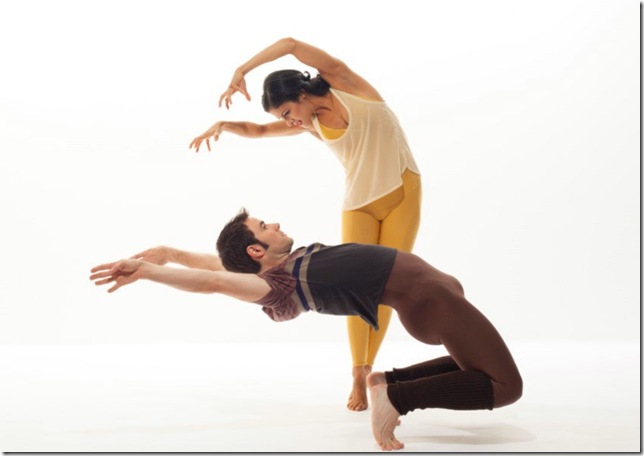 The coming dance season promises a strong line up for lovers of both contemporary dance and classical ballet, from large companies such as Miami City Ballet to scrappy modern dance troupes such as Reach Dance Collective.

Here’s a closer look at what will be on view for lovers of dance this coming season:

Duncan Theatre: The always satisfying seasons at the Duncan Theatre at Palm Beach State College in Lake Worth will begin 2015 with the “tried and true” and end with the “new and who?”

The Martha Graham Dance Company (Jan. 23-24) will usher in the year as it presents its uniquely American style of dance, which has influenced many generations of artists, in various selections from the pioneering choreographer Graham’s repertory as well as a brand new NDP-funded work called Echo. If you missed them last year at the Kravis Center, here is an opportunity to see how well a company can span 90 years by still presenting the work of its creator as well as brand-new dances by choreographers who have been shaped by the Graham technique.

Duncan Theatre director Mark Alexander has continued his effort to present an exciting season of modern dance at the theater (for which he has created a loyal and sophisticated audience) and has invited two companies you may never have heard of but are making waves in the dance world.

BodyVox (Feb. 27-28) will present Fifteen, an evening of dance theater built from the highlights of productions that have entertained and moved audiences around the world for the past 14 years. Led by Jamey Hampton and Ashley Roland, two choreographers out of Portland, Ore., who performed for years with Momix and Philobolus, BodyVox humorously combines athletic dance, film and theater into full-evening shows. 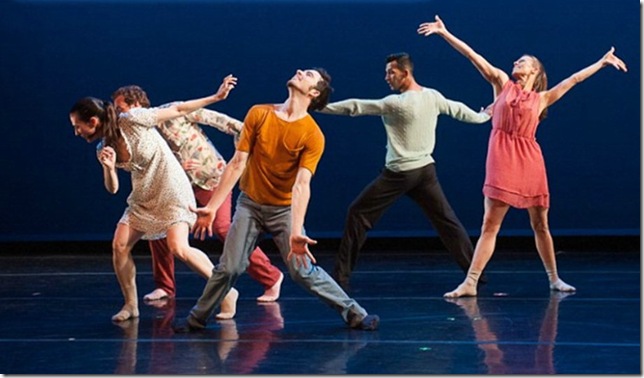 BodyTraffic (March 24-25) was founded in 2007 by Lillian Rose Barbeito and Tina Finkelman Berkett out of their sheer love for dance, and their company has been distinguished by its intense physicality and irreverent humor. Named to Dance Magazine’s “25 to Watch in 2013,” this young company is already recognized for its high quality of work, which claims to be both provocative and accessible at the same time.

All performances at the Duncan Theatre begin at 8 p.m. Orchestra seating for all four shows is $140 and balcony seating is $130. Tickets range from $39 to $45 for individual shows. For tickets, call the box office at 561-868-3309 or visit www.duncantheatre.org. 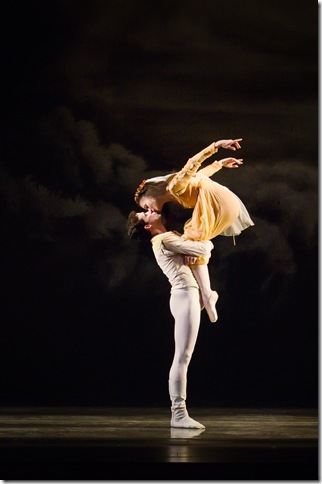 Miami City Ballet: Marking the Miami Beach-based company’s 29th season, Artistic Director Lourdes Lopez has assembled one of its most adventurous series of programs. MCB, which performs each of its programs at the Ziff Ballet Opera House in Miami, the Broward Center for the Performing Arts in Fort Lauderdale, and the Kravis Center in West Palm Beach, will open with a full-scale production of Romeo and Juliet (Kravis, Nov. 21-23). Poignantly choreographed by John Cranko, this classical ballet is an interpretation of Shakespeare’s famed romantic tale of doomed love set to a beautiful score by Sergei Prokofiev. This is a program that will make us appreciate the fact that MCB always performs with live music, in this case the Opus One Orchestra, led by Gary Sheldon. It is a sad fact that fewer and fewer ballet companies are able to afford this.

The title of Hear the Dance (Program II, Kravis, Jan. 23-25) draws upon a famous Balanchine phrase —“see the music, hear the dance” — and this program celebrates Balanchine and other choreographic masters such as Paul Taylor and Twyla Tharp. Mr. B’s Symphony in Three Movements was called the “miracle ballet” and set to a driving, almost jazz-like score by Stravinsky, it has a neoclassical framework filled with complex and dynamic floor patterns. In Mercuric Tidings, Taylor uses the symphonic works of Schubert to showcase his trademark athletic and exciting movement. Taylor described this work as one in which “music and dance are so closely entwined, that they are one.” MCB dancers also will get a chance to show off their Broadway flair as they perform a repertory favorite, Tharp’s Nine Sinatra Songs, decked out in Oscar de la Renta costumes.

Passion and Grace (Program III, Kravis, Feb. 27-March 1) features two company premieres: Sweet Fields, another Tharp work, performed to the music of American Shaker hymns sung a cappella and Carmen, a U.S. premiere by the acclaimed British choreographer Richard Alston. Carmen, set to Russian composer Rodion Shchedrin’s arrangement of Bizet’s Carmen Suite, is another tale of love and betrayal,but this one is filled with seduction and has a flamenco flair that undoubtedly will be well captured by the company. Also on the program is Balanchine’s fast-paced Allegro Brillante which is set to an exhilarating Tchaikovsky score and upon which he once commented “it contains everything I know about classical ballet in 13 minutes.”

In Points of Departure (Program IV, Kravis, March 27-29), audiences will see Balanchine’s Raymonda Variations, set to excerpts of the music that composer Alexander Glazunov created for the first act of the full-length Raymonda ballet. Balanchine was attracted to the music’s “grand and generous manner, its joy and playfulness.” The work diverges from the original ballet’s complicated plot by just using a series of solos that climax in a jubilant finale.

For Jerome Robbins fans, the program includes the company premiere of his comedic masterpiece The Concert (or, the Perils of Everybody). The work delightfully captures the inner thoughts of a group of quirky concertgoers, all set to the lively music of Chopin. The dancers, dressed in Magritte-like costumes, create a stylized, somewhat surreal, look as they interact with their funny antics

Also on the final program is a world premiere by Justin Peck, one of today’s most sought-after young choreographers, who crafted this dance specifically for the MCB dancers. Last year, Peck came to Florida to get to know the company artists and created the duet Chutes and Ladders, which was performed on last season’s Program II. The new work will use a large cast and is set to Czech composer Bohuslav Martinů’s First Piano Concerto. Peck, when working with the company in Miami, was captivated by the colorful street art in the Wynwood art district. Inspired by the wall art, he looked to the American contemporary street artist Shepard Fairey (who designed the Obama “Hope” poster) to create an original art design for the new work for MCB.

Though not a part of the official company season but definitely part of the holidays is MCB’s lavish and family favorite, the full-length production of Tchaikovsky’s The Nutracker as choreographed by Balanchine. It is a real Christmas treat and runs at the Kravis for six shows (Dec. 27-30) at varying times.

Harid Conservatory: Continuing with tradition of annually presenting The Nutcracker, the Boca Raton dance school will present its winter performances (Dec.13-14) at the Countess de Hoernle Theatre in Boca Raton with a mixed bill that includes Act II of Tchaikovsky’s ballet as well as other ballet, modern and character dances.

Harid’s spring performances (May 22-23) will be a collection of classical and contemporary ballets showcasing the graduating class of 2015. The conservatory has seen graduates go into the highest reaches of dance, such as Marcelo Gomes and Isabella Bolyston, now and principal dancers at American Ballet Theatre. It is always fun to go to the Harid performances and see if you can spot the next big talent. 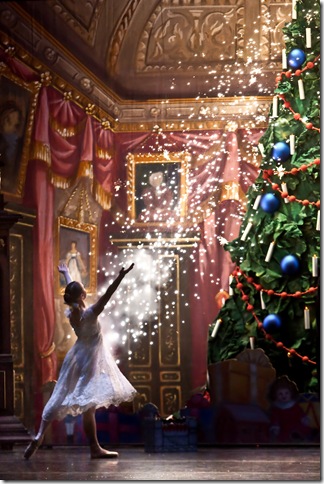 Boca Ballet Theatre: Dan Guin and Jane Tyree’s company opens it season with four performances of The Nutcracker (Nov. 28-30) at Olympic Heights Performing Arts Theater in Boca Raton. Guin and Tyree continue to do an admirable job of presenting their students together with a host of great guest ballet stars in both full-length ballet productions as well as smaller and more contemporary ballets.

This year, they will present 3 additional programs : The Stars of American Ballet (March 7) at Spanish River High School, plus Sleeping Beauty (May 1-3) and Summer Spectacular/Work of American Masters (Aug. 1-2) at Florida Atlantic University. Stars of American Ballet is a troupe of outstanding dancers from New York City Ballet assembled by principal dancer Daniel Ulbricht. The collection of works presented will feature Jerome Robbins’ Fancy Free. The Summer Spectacular will present Serenade, the first ballet legendary George Balanchine choreographed in America and Lew Christensen’s comic masterpiece Con Amore along with a variety of other works that will feature a variety of international dance stars. Tickets start at $25. For tickets call 561- 995-0709 or visit www.bocaballet.org. 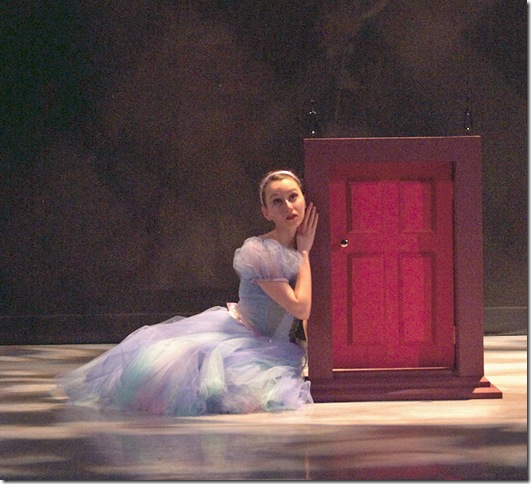 Ballet Palm Beach: Colleen Smith’s Palm Beach Gardens-based company celebrates its 14th season with classical and innovative works including Giselle (Oct. 24 and 26), The Nutcracker (Nov. 28-30), Simple Symphony and Other Works, a mixed-repertoire program with music by Benjamin Britten (Feb. 27-28), and Wonderland, a fresh interpretation of Lewis Carroll’s classic Alice in Wonderland (April 10-11) that debuted last season and is making a return appearance.

All performances are at the Eissey Campus Theatre at Palm Beach State College in Palm Beach Gardens. Tickets begin at $15; call 561-207-5900 or visit balletpalmbeach.org. 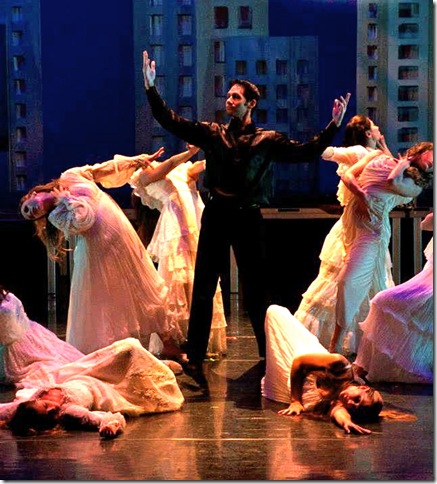 Reach/O Dance: The two companies are celebrating Halloween in style this season with the return of their popular Dracula. It is a fun and flirty re-imagining of the Dracula story reset in the Jazz Age, taking us to a glamorous hotel filled with flappers dancing to the music of Duke Ellington. Dracula takes the stage Oct. 31-Nov. 2 at the Eissey Campus Theatre in Palm Beach Gardens. Tickets at the door are $25. Advance tickets are $5 less per ticket and are available at www.reachdancecompany.com or at www.odance.org.

The two troupes also will perform with the Palm Beach Symphony at the Kravis Center and the Eissey Campus Theatre in Nat’s Island (Nov. 11-12), choreographed by O Dance founder Jerry Opdenaker which was inspired by Wendy Orr’s Nim’s Island and Saint-Saëns’s Carnival of Animals. For additional information about these educational outreach performances, contact the Palm Beach Symphony 561-655-2657 or visit palmbeachsymphony.org.

Reach Dance will present Step Out of Love, by renowned choreographer Margo Sappington, and a new work by Reach founder Maria Konrad, All Things Love, (Feb. 13–15) at the Eissey Campus Theatre. Visit www.reachdancecompany.com or call the Eissey Theatre at 561-207-5900.

Florida Classical Ballet: The Pompano Beach-based troupe also will perform a full-length production of The Nutcracker (Dec. 14) at Olympic Heights High School in Boca Raton. Under the direction of the Cuban-trained and acclaimed teacher Magaly Suarez, the production will feature international guest artist along with Suarez’s accomplished students, many of whom have won numerous awards in the top international ballet competitions. For tickets, call 954-786-0620. 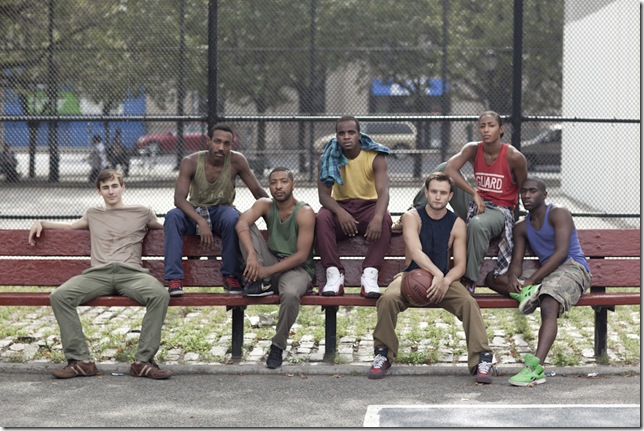 Other dance events: The PEAK series at the Kravis Center for the Performing Arts in Palm Beach is excellent at presenting innovative performing groups. The lineup this season includes:

Diavolo (Nov. 7), a Los Angeles-based company that reinvents dance by utilizing unique architectural creations that provide the backdrop for an evening of dramatic and thrilling movement. Under artistic director Jacques Heim, the dancers create an experience that is almost cinematic.
New York’s Abraham in Motion performs Pavement (Dec. 19-20) in a dance event created by company founder Kyle Abraham to a soundtrack that mixes the singing of operatic countertenor Philippe Jaroussky with the sounds of the city. The work, inspired by John Singleton’s film Boyz N The Hood and essays in W.E.B. DuBois’s The Souls of Black Folk, pays homage to the’90s hip-hop era.

Another young New York company, Camille A. Brown & Dancers will perform Black Girl (Feb.14-15), a gutsy work that depicts the complexities that a black female has in finding a positive identity in urban American culture.

Film: Just in time with the opening of movie theaters in Palm Beach County comes the season’s most … END_OF_DOCUMENT_TOKEN_TO_BE_REPLACED

Music: The very last concert Franz Joseph Haydn attended in his life was in March 1808, about a year … END_OF_DOCUMENT_TOKEN_TO_BE_REPLACED