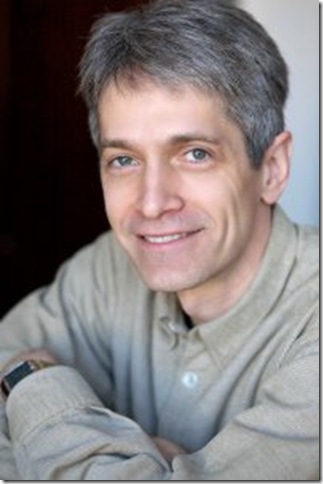 For opera companies, being the first house for a brand-new work is a standout way to elevate your cultural profile at home and abroad. And surely the biggest news in the coming season for the local opera scene will be the world premiere at Palm Beach Opera of a new American work, Enemies: A Love Story, with music by Ben Moore to a libretto by Nahma Sandrow, based on the Isaac Bashevis Singer story about a Holocaust survivor in the New York of 1949 who has three lovers.

But there are other offerings of more than usual interest at the other two opera companies frequented by the buffs of the parterre box. Down south, Florida Grand Opera revives a once-popular American piece, Gian-Carlo Menotti’s The Consul, and in out west in Sarasota, the major news is a rare mounting of a Rimsky-Korsakov opera, The Golden Cockerel.

Here’s a closer look at what’s happening this season:

Palm Beach Opera: The West Palm Beach-based company’s season opens in December with a waterfront concert at the Meyer Amphitheatre featuring the orchestra and chorus, and guest soloists including tenor James Valenti (a West Palm resident) and the company’s 2014-15 class of young artists. The free event debuted last year and drew about 2,500 people to the Intracoastal Waterway for popular opera selections accompanied by the company orchestra and chorus. The company hopes to get about 3,000 people to Waterfront Concert 2.0. (Opera @ The Waterfront is set for 2 p.m. Saturday, Dec. 13.) 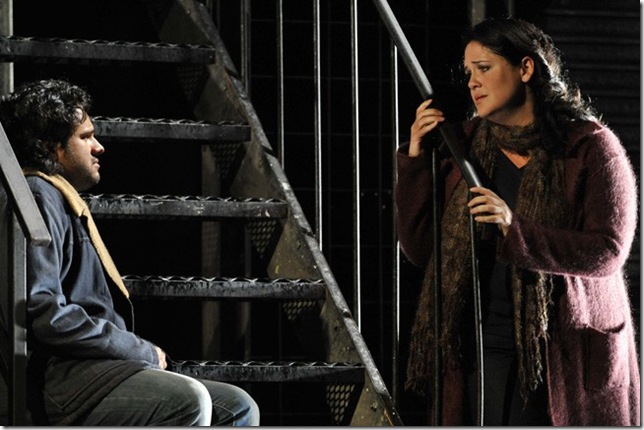 The season proper opens in mid-January with three performances at the Kravis Center of Giacomo Puccini’s La Bohème, his 1896 smash hit of love, art, youth and tragedy in the Paris of King Louis-Philippe. Singing Mimi will be soprano Keri Alkema, a Palm Beach County native who sang Giulietta in last season’s Les Contes d’Hoffmann (Slovenian soprano Sabina Cvilak, who has sung Desdemona in Verdi’s Otello and Fiordiligi in Mozart’s Così fan Tutte with Palm Beach, was originally announced for the role but has withdrawn for happy reasons: Her baby will be due then). Opposite Alkema will be the American tenor Dmitri Pittas; on Saturday, and as-yet unnamed soprano will handle Mimi along with tenor Anthony Kalil, in his company debut. Mezzo Ellie Dehn sings Musetta, and Luis Ledesma is Marcello. Fenlon Lamb, a longtime PBO collaborator, stage directs, and Italian conductor Daniele Callegari, in his first appearance with the company, leads the Palm Beach Opera Orchestra and chorus. (7:30 p.m. Jan. 16 and 17, 2 p.m. Jan. 18; tickets: $25-$195). 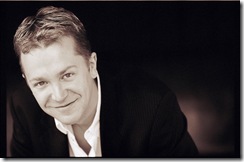 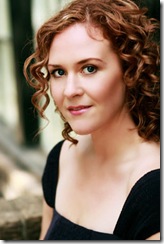 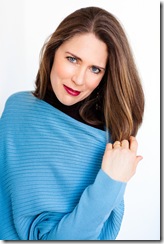 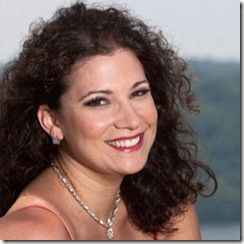 Enemies comes next, and it’s one of the most eagerly anticipated shows in the country, having received plenty of advance buzz about its accessible, melodic score. The company’s Young Artists corps gave an abridged workshop version of the opera-in-progress during the 2012-13 season. The story revolves around Herman Broder, a ghostwriter for a rabbi who has survived World War II hiding on a Polish farm. In gratitude for his life, he has married the non-Jewish woman who saved him and moved to New York, where he has taken up with a mistress named Masha. One day, he discovers by chance that Tamara, his wife in Poland whom he thought had been killed in the Holocaust, has in fact survived and is in New York. Bass-baritone Daniel Okulitch sings Herman, soprano Caitlin Lynch is Yadwiga, mezzo Leann Sandel-Pantaleo is Tamara, and Danielle Pastin is Masha. David Stern, who conducted Macbeth last season, returns to lead the orchestra for the world premiere. Sam Helfrich, a stage director with an extensive résumé, makes his debut at Palm Beach Opera with this production. (7:30 p.m. Feb. 20 and 21, 2 p.m. Feb. 22; tickets: $25-$195). 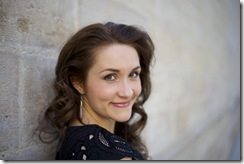 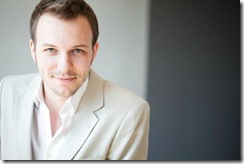 Palm Beach Opera closes its season with Gaetano Donizetti’s bel canto comedy, La Fille du Régiment, one of the Italian master’s French operas. As Marie, the foundling who has been adopted by the army, soprano Erin Morley, recently seen in the Metropolitan Opera’s Der Rosenkavalier, makes her first appearance with Palm Beach Opera (she alternates with soprano Syndey Mancasola, who sings the role Saturday). Tenor Taylor Staton tackles the role of Tonio, and Judith Christin is the Marquise; veteran bass-baritone Peter Strummer is Sulpice. The opera will be stage-directed by Dona D. Vaughn, and making his company debut in the pit will be the Italian conductor Antonino Fogliani. (7:30 p.m. March 20 and 21, 2 p.m. March 22; tickets: $25-$195).

This company has decided not to resume the One Opera in One Hour productions at the Harriet Himmel Theater in CityPlace. PBO is working on a replacement for these shows. Meanwhile, a Feb. 5 fundraising gala at Mar-a-Lago will feature the stellar Russian bass Ildar Abdrazakov, whose star turn in the Metropolitan Opera’s mounting of Borodin’s Prince Igor last season won him raves. A Liederabend art song recital featuring the Young Artists also has been planned for March 26 at the Royal Poinciana Chapel in Palm Beach. (For more information, call PBO at 561-833-7888 or visit www.pbopera.org) 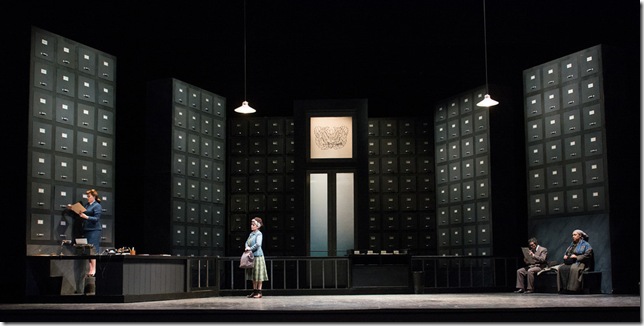 Florida Grand Opera: Company director Susan Danis, who scored a triumph last season with a revival of Marvin David Levy’s Mourning Becomes Electra in a brilliant new production, had planned to include Wagner’s Tristan und Isolde in her first full season. It’s not on the schedule this season, but FGO is compensating by again reviving a worthy American opera with Menotti’s The Consul.

But the season opens, like Palm Beach’s, with a surefire Puccini opera: Madama Butterfly, the story of a Japanese child bride betrayed by her callous American naval officer husband. Soprano Kelly Kaduce takes on the role of Cio-Cio San opposite Uruguayan tenor Martin Nusspaumer as Pinkerton for four performances, alternating with Vanessa Isiguen and John Pickle for three others. FGO music director Ramon Tebar leads the orchestra, and Marc Astafan, who directs the operas at Boston’s New England Conservatory of Music, handles the staging in his FGO debut. (Nov. 15, 16, 18, 21 and 22 at the Ziff Ballet Opera House, Miami; Dec. 4 and 6 at the Broward Center for the Performing Arts, Fort Lauderdale; tickets range from $21 to $225) 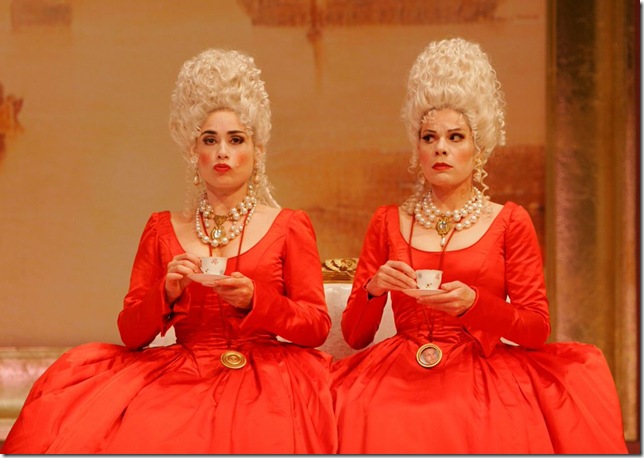 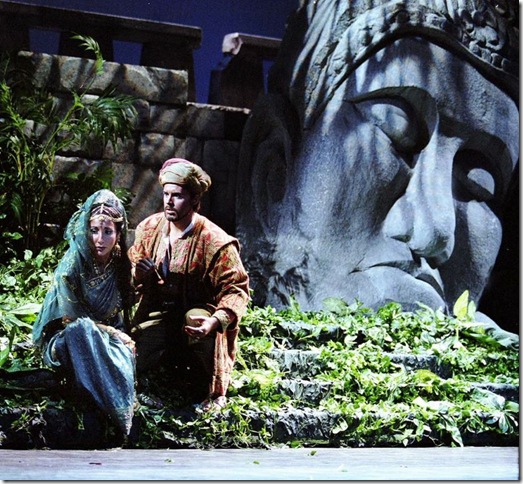 The season closes in May with the Menotti opera, which at the time of its first performances in 1950 was a substantial success, running for eight months on Broadway and winning that year’s Pulitzer Prize for Music. It has slipped from the repertory since then, but it has a powerful score and a grim, compelling story that still has relevance today. Keith Phares will sing John Sorel, the revolutionary pursued by the police, and Kara Shay Thomson, a good Tosca last season, is his wife Magda. Victoria Livengood sings the role of Magda’s mother, with Carla Jablonski as the secretary for the consul, who never seems to be available. Tyler Simpson will sing the role of the police secret agent. Frequent FGO conductor Andrew Bisantz leads the orchestra, and Julie Maykowski, appointed last year as FGO’s director of artistic administration stage-directs a production borrowed from Seattle Opera. (May 9, 10, 12, 15 and 16, Miami only) 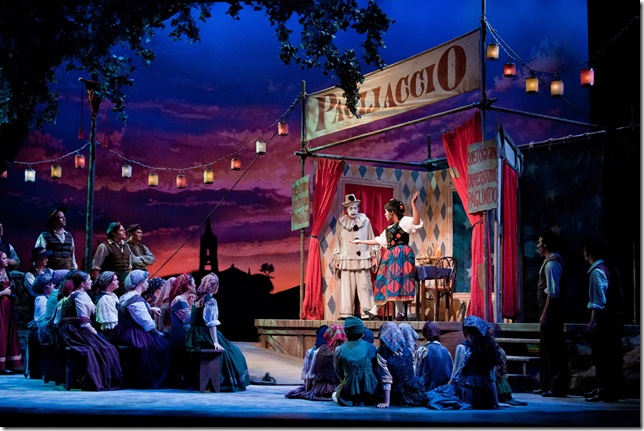 Sarasota Opera: It’s a drive of a couple hours or so, but many are the Gold Coast opera buffs who have traveled to the other coast to see productions by one of the country’s most impressive companies, not least for the Verdi Cycle, which began in 1989 and will finish in 2016 with La Battaglia di Legnano and Aida, making it the only company in the world to have performed every Verdi opera, including alternate versions.

This season, Victor De Renzi’s company opens its fall productions on Halloween with Ruggero Leoncavallo’s one-hit wonder Pagliacci, a story of infidelity and revenge in a troupe of Calabrian players, with vivid and memorable music. Michael Robert Hendrick is Canio, his rival Tonio is sung by Marco Nistico, and Nedda is Veronica Mitina. DeRenzi conducts a production staged by Stephanie Sundine. (Oct. 31, Nov. 2, 5, 11, 13 and 15, Sarasota Opera House; tickets range from $19 to $125)

The company’s youth opera division presents two performances of Canadian composer Dean Burry’s setting of J.R.R. Tolkein’s The Hobbit, written in 2004 for the Canadian Children’s Opera Company. This youth opera production features a cast of young singers along with William Roberts as Gandalf. It will be staged by Martha Collins, and conducted by Jesse Martins. (Nov. 15, 16, Sarasota Opera House; tickets range from $12 to $25) 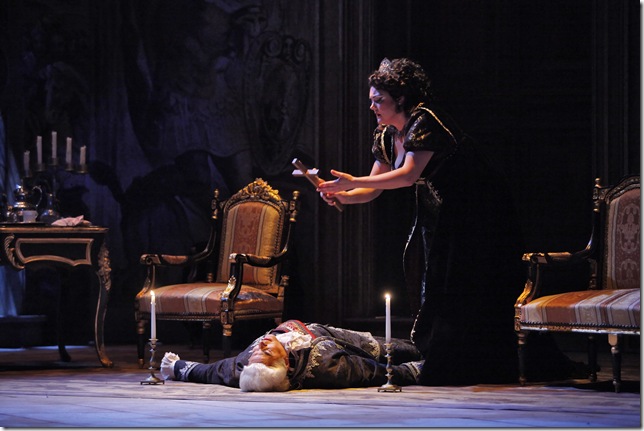 The rest of the season resumes in February with the first of four operas to be presented in repertory through late March. First up is Puccini’s Tosca, with Kara Shay Thomson in the title role as the tempestuous singer Floria Tosca, with the Puerto Rican-born tenor Rafael Davila as her lover, the painter Mario Cavaradossi. The veteran baritone Mark Walters is the evil Roman chief of police, Baron Scarpia (relieved for the last two of the 12 performances by Todd Thomas). DeRenzi conducts, and Collins is the stage director. (Feb. 7, 10, 15, 18, 26; March 3, 8, 14, 17, 22, 25 and 28; Sarasota Opera House; tickets range from $19 to $125)

Le Nozze di Figaro, Mozart’s magnificent comedy-drama, opens on Valentine’s Day for nine performances, with Philip Cutlip in the title role and Maeve Höglund as Susanna. The Count and Countess Almaviva are sung by Sean Anderson and Maria Antunez. Kristen Choi is Cherubino, and Ricardo Lugo is Bartolo. Allison Grant is the stage director, and the orchestra will be conducted by Marcello Cormio. (Feb. 14, 17, 19, 22, 25; March 10, 13, 20 and 27, Sarasota Opera House)

Rimsky-Korsakov set greatest store by his 14 operas, but they are rarely presented on American stages. The Golden Cockerel, the story of the foolish King Dodon and the magical bird that advises him in matters of state, was seen at the time of its writing in 1907 as a dig at the unpopular Tsar Nicholas II (which indeed it was). Grigory Soloviov, recently seen as Sparafucile in FGO’s Rigoletto, is King Dodon, Alexandra Batsios is the queen of Shemakha, with Jon Jurgens and Kenneth Stavert as the princes Guidon and Afron, and Timur Bebkusonov as the Astrologer. Ekhart Wycik leads the six performances, which will be staged by Tom Diamond. (Feb. 21, 24; March 8, 11, 14, and 19, Sarasota Opera House) 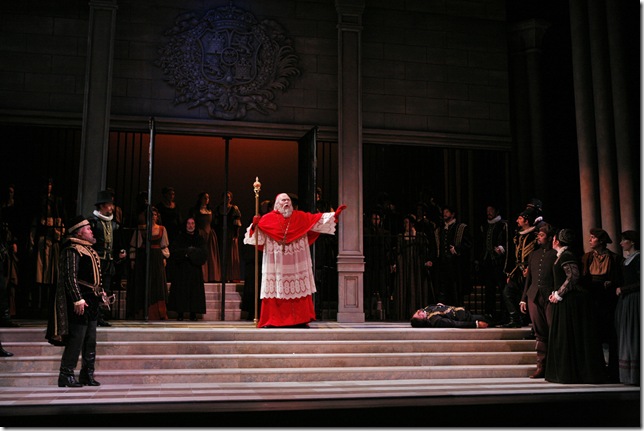 Sarasota’s season closes with its 2015 installment of the Verdi Cycle, the original 1867 French-language version of Don Carlos, Verdi’s most fussed-over work and one of his finest. Jonathan Burton is Don Carlos, and Michelle Johnson is Elizabeth de Valois. Kevin Short and Marco Nisticò are Philippe II and Rodrigue, respectively, with Mary Phillips as Princess Eboli. Young Bok Kim is the Grand Inquisitor; DeRenzi conducts, and Sundine handles the stage duties. (March 7, 12, 15, 18, 21 and 24, Sarasota Opera House)

Film: Playwright August Wilson began his chronicle of the African-American experience throughout the … END_OF_DOCUMENT_TOKEN_TO_BE_REPLACED

Film: Just in time with the opening of movie theaters in Palm Beach County comes the season’s most … END_OF_DOCUMENT_TOKEN_TO_BE_REPLACED

Music: The very last concert Franz Joseph Haydn attended in his life was in March 1808, about a year … END_OF_DOCUMENT_TOKEN_TO_BE_REPLACED