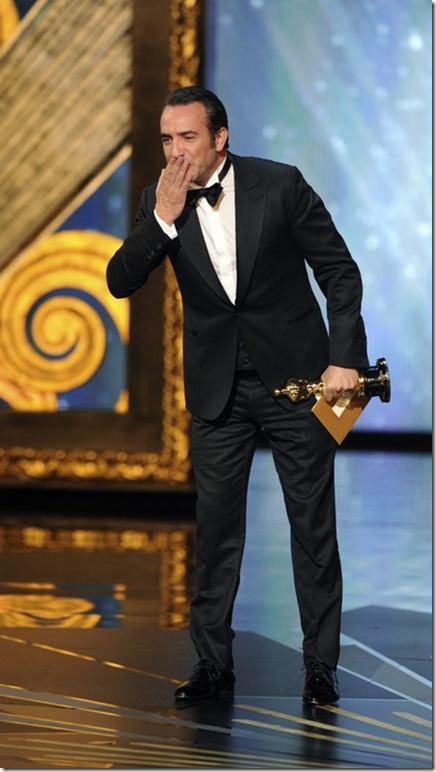 The best thing that happened to the Oscars this year is that Brett Rattner shot off his mouth with some wince-inducing homophobic comments a few months ago and was forced to resign as the telecast’s producer. Then his designated emcee, Eddie Murphy, walked out in a show of solidarity.

That led Brian Grazer to the rescue, a man who understands how to move the usually lumbering ceremony along without forgetting to keep the audience entertained. And he brought with him Billy Crystal to host, a treacherous assignment that has defeated the likes of David Letterman, Jon Stewart and Chris Rock, but which Crystal makes look easy.

He did nothing revolutionary, but instead reached back into his familiar bag of tricks for an opening montage of parody film clips in which he injected himself in the Best Picture nominees. And he sang a medley of clever song tributes that felt like aural comfort food.

In all, the telecast ran just over three hours — short by recent years’ standards — thanks in part to a reduced field for Best Song and a no-nonsense approach to that category’s presentation. I could have done without the Cirque du Soleil segment, an acrobatic salute to the wonders of filmmaking, but got a genuine kick out of a short film kidding focus groups — if they had been around in 1939, when The Wizard of Oz was poised for release — featuring the improv cast of Best in Show and Waiting for Guffman. Also enjoyable and brisk were the numerous talking head clips of some of Hollywood’s stars gushing over their movie memories, as if they were ordinary civilians.

As to the awards themselves, there were only a few mild surprises. These days, with so many preliminary awards, it gets harder and harder for a genuine upset to take place at the Oscars. I got 18 out of 24 categories correct, missing three of the technical awards that Hugo copped on its way to winning five statuettes. And I underestimated the affection for Jean Dujardin’s performance in The Artist, or maybe overestimated George Clooney’s appeal in The Descendants.

The only acceptance speech worth adding to the Academy’s legacy clip reel was by The Help’s Octavia Spencer, who was visibly overwhelmed by her Supporting Actress win. As good a performer as she is, it would have been hard to fake that crying jag.

The Artist tied with Hugo with five Oscars each, making it a great night for nostalgia for the early days of the movies and a terrific night for Francophiles. The Artist was made by a French crew and leading players, thought it was shot entirely in Hollywood. Hugo was set in Paris, in a train station, though most of the picture was filmed in England. And we might as well add to the groundswell Midnight in Paris, which won perennial no-show Woody Allen his third screenplay Oscar.

Four of the nine Best Picture nominees — Moneyball, Extremely Loud & Incredibly Close, The Tree of Life and War Horse — got completely shut out Sunday night. Perhaps War Horse should have shot its World War I sequences in occupied France in French.

Film: Playwright August Wilson began his chronicle of the African-American experience throughout the … END_OF_DOCUMENT_TOKEN_TO_BE_REPLACED

Film: Just in time with the opening of movie theaters in Palm Beach County comes the season’s most … END_OF_DOCUMENT_TOKEN_TO_BE_REPLACED

Music: The very last concert Franz Joseph Haydn attended in his life was in March 1808, about a year … END_OF_DOCUMENT_TOKEN_TO_BE_REPLACED