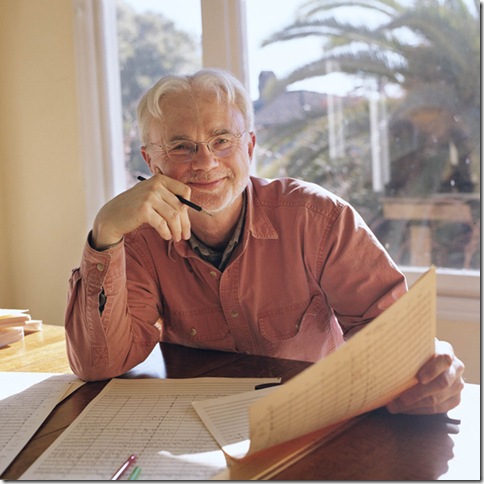 There are at this point only a relatively small number of 20th-century American compositions that have entered the repertory on any kind of permanent basis.

But two of them were on an all-American program presented by the Firebird Chamber Orchestra on Thursday night at St. Gregory’s Episcopal Church in Boca Raton. And the third piece on the program is attractive enough to already have made the rounds a good bit and made a strong name for its composer.

This was the final concert in the season by the Firebird, which is the orchestral arm of the Miami-based Seraphic Fire professional choir. As is usual for this string orchestra, violins and violas played standing up, which lends an air of engagement and excitement to the music.

The shorter of the two longer pieces on the program was Christopher Theofanidis’ Visions and Miracles, a three-part work from 2002. This is a pleasant and skillfully composed work, with minimalist orientation but a much stronger sense of melody than standards of the genre; in addition, Theofanidis writes with a harmonic sensibility akin to pop, with the same kind of basic-but-inevitable progressions.

The first movement, All Joy Wills Eternity, starts with a mixed-rhythm chugging that gets topped by a rising motif that slides up as it goes higher. Conductor Patrick Dupré Quigley kept things cooking along with a tight beat, and the strings played with clarity and precision; indeed, the music gained by the small forces here in that it sounded more like a band trying something out and not an implacable rhythm machine shutting out all other ideas.

The second movement (Peace Love Light YOUMEONE), built, as Quigley told the smallish house, on the seven notes of the scale, was carefully and movingly played, and there was a gratifying change of string color when the violins start with one simple note change to play the middle of a different scale than the one they started with. The final rising scale in the violins in the last measures was not quite in tune, which marred the effect somewhat.

The vigor of the finale (I Add Brilliance to the Sun), with its appealing syncopations and descending scales, was forcefully communicated by the ensemble, which appeared to be having a good time. This is a most effective and genial piece of contemporary music, and helps explain this composer’s significant popularity.

A much more ambitious piece, and one of the classics of minimalism, followed in the shape of John Adams’ Shaker Loops. This was a fine performance of this demanding piece, which is much less ingratiating than the Theofanidis. Quigley did a wise thing by explaining that the music requires a different kind of listening, compare changes in the unbroken sound fields to the sudden appearance of fireflies on a dark summer night.

Expert ensemble was critical for this piece, and the Firebird musicians complied, keeping up a huge amount of tension in the first movement (Shaking and Trembling) from the first bars to the sudden change near the end. The three cellists and the bass player were particularly good at their entrance, and were much assisted by the resonant St. Gregory’s acoustic, which magnified their sound.

Hymning Stews, the second movement, was full of atmosphere, with a slightly melancholy tonal backdrop through which wistful sighs and cries shot in and out. It was very effective, especially because the musicians have to maintain constant tension throughout.

In the third movement (Loops and Verses), the transition to a faster pace was introduced by some lovely cello playing on a few notes that in a different composer’s hands might have been the place to introduce a long-breathed melody. But that’s not what Adams was after here, and the slow acceleration and build into an aggressive, even ferocious, climax was beautifully managed by Quigley and the orchestra, which again sounded like a much larger group thanks to the church acoustic.

The last movement (A Final Shaking) maintained the work’s dramatic narrative, even though that’s just inherent in the repeated patterns, and brought it to its quiet expiry with skill. Much of the audience was very cool to the piece, though surely not the playing, and it was something of a risk to offer it. But it was very well done, particularly for such a small ensemble, and a good representation of what Adams and American minimalism are all about.

The concert opened with the string orchestra version of the Hoe-Down from Aaron Copland’s Rodeo. A staple of American classical music and a proven crowd-pleaser, the Firebird gave it plenty of energy and fire. Most of the time it sounded somewhat off-kilter, though, and could have used a stronger sense of the basic pulse.

The Firebird Chamber Orchestra plays this program again this afternoon at the Miami Beach Community Church in Miami Beach. Tickets for the 4 p.m. performance are $35. Call 305-285-9060 or visit www.seraphicfire.org.

Film: Playwright August Wilson began his chronicle of the African-American experience throughout the … END_OF_DOCUMENT_TOKEN_TO_BE_REPLACED

Film: Just in time with the opening of movie theaters in Palm Beach County comes the season’s most … END_OF_DOCUMENT_TOKEN_TO_BE_REPLACED

Music: The very last concert Franz Joseph Haydn attended in his life was in March 1808, about a year … END_OF_DOCUMENT_TOKEN_TO_BE_REPLACED