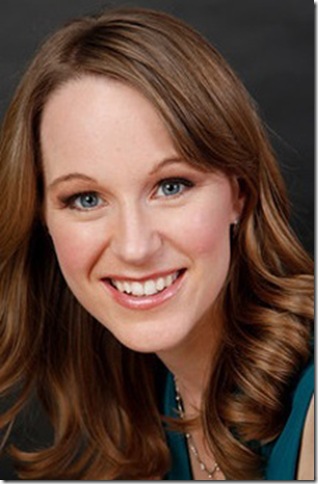 Over the course of its 11 years, the Seraphic Fire organization has returned several times to the music of J.S. Bach: The Mass in B minor, the St. John Passion, the six Motets, the Brandenburg Concertos.

Although the subject of its spinoff chamber group’s most recent concert is nominally Vivaldi, one of the Bach cantatas, Jauchzet Gott in allen Landen (BWV 51), plays just as big a role, and was the final offering in an evening of solo soprano cantatas that with its general excellence provided a welcome refreshing of the spirits at the tail end of the current concert season.

The soloist for the Firebird Chamber Orchestra concert Saturday night at All Saints Episcopal in Fort Lauderdale was Kathryn Mueller, an Arizona-based soprano who has sung with the Seraphic Fire choir for a number of seasons. She was joined for the Bach by trumpeter Billy Ray Hunter, who holds the principal trumpet chair at the Metropolitan Opera Orchestra.

Mueller’s voice has an appealing naturalness, so that even when she was interpolating a brief high C in the opening In furore aria, it didn’t sound like operatic display, but rather a logical high point in the long string of scalar passages she was singing. She navigated the snaky Miserationum Pater recitative carefully, and in the beautiful Tunc meus fletus that followed, she brought shape and warmth to its gently rising and falling lines with laudable smoothness.

In the vigorous closing Alleluja she interpolated well-placed high Cs and Ds at the very end, adding an extra feeling of joy to the music. The orchestra was exemplary throughout, tearing through Vivaldi’s muscular patterns and rhythms with infectious force.

Even more fuel was heaped onto the fire for the instrumental selection that followed, the Concerto for Two Violins and Cello (in D minor, RV 565), played here by violinists Adda Kriddler and Emilia Mettebrink, and cellist Russell Rolen. Quigley led a tremendously aggressive reading of the first movement, with the two violinists immediately tearing into their leaping canonic lines, soon to be followed by Rolen attacking a series of churning 16th-note figures.

It built up a giant head of steam whose energy returned after a short slow interlude (with a short ad lib by Kriddler) with the fugal closing section of the first movement. The slow siciliano that came next was delicate and pretty, if not very slow, and the finale was also fast and frenetic, if not quite as blistering as the opening.

Lost in all that need for speed were some of the big dynamic contrasts that would have added a different kind of interest to the music. What we had here instead was a Charlie Daniels-style fiddle contest with the devil, but what it lacked in subtlety it made up for in sheer fun.

Closing out the relatively brief program was the Bach cantata, with trumpeter Hunter joining in during the opening and closing pages. This cantata is a song of praise, and it has the familiar high-spirited Bachian bustle that reflects the outlook that God’s in his heaven and all’s right with the world.

Fittingly, the Firebird played it with abundant forthrightness and cheery, positive tempi. Mueller again showed her ability to sing long melismatic phrases and make them sound liquid and not effortful, and her scoot on up to the high C in the first aria, which gives the cantata its name, was like a firework bursting out in a July night sky.

In the aria Höchster, mache deine Güte, Mueller added a darker shade to her singing, adding some poignancy to the text’s wish for a good life to honor the beneficence of God. In the chorale (Sei Lob und Preis mit Ehren), her voice blended in with the other instruments as one of them as she sang her short lines, another nice effect.

The closing Alleluja returned to the abundant good will of the opening, and Mueller to its quasi-instrumental style, in which her long, busy phrases perfectly matched those of Hunter, who played beautifully. It was a delightful performance by Mueller and the orchestra, and another example of the extraordinary variety and power of Bach’s music.

The Miami Bach Society has been hosting the Tropical Baroque Festival for more than a decade at this time of year, and this performance suggested that something similar for all of South Florida in March would make a wonderful recurring event for the season. Think of it: Three weeks around Easter, a couple cantatas a week, instrumental works to broaden the experience, a treat for performers and concertgoers alike.

How exciting it would be to have all of South Florida be known in high season for terrific weather and devotion to exemplary Bach. I can’t imagine a better way to close out the concert months than with a reapplication to musical first principles.

Seraphic Fire’s next concert features music of Renaissance Spain, in honor of the 500th anniversary of Juan Ponce de Leon’s landing at St. Augustine. Concerts are set for April 10-14, with the Boca Raton performance at St. Gregory’s Episcopal Church on Thursday, April 11. For more information, call 305-285-9060 or visit www.seraphicfire.org.

Film: Playwright August Wilson began his chronicle of the African-American experience throughout the … END_OF_DOCUMENT_TOKEN_TO_BE_REPLACED

Film: Just in time with the opening of movie theaters in Palm Beach County comes the season’s most … END_OF_DOCUMENT_TOKEN_TO_BE_REPLACED

Music: The very last concert Franz Joseph Haydn attended in his life was in March 1808, about a year … END_OF_DOCUMENT_TOKEN_TO_BE_REPLACED