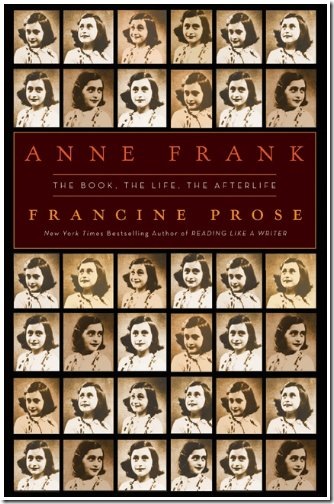 The Diary of Anne Frank is arguably one of the most widely read and influential books of the last century.

Author Francine Prose has now penned a brilliant analysis, in which she asserts that the diary is a “work of literature” that has not been given its due.

“How astonishing,” Prose writes, “that a teenager could have written so intelligently and so movingly about a subject that continues to overwhelm the adult imagination.”

Anne Frank was born in Germany in 1929. Four years later her family moved to Holland to escape the Nazis’ increasingly vicious anti-Jewish laws. In 1938 the Franks applied for visas to flee to the United States, but the waiting list contained 300,000 names. In 1943, as the Nazi roundup and deportation of Jews from Holland intensified, the Frank family and four other people went into hiding in a concealed second-floor annex, where 13-year-old Anne began writing.

Two years later, Nazi soldiers discovered the hiding place and shipped the occupants off to concentration camps, where Anne, her sister, and their mother died. The girls’ father, Otto, survived.

Prose argues that Anne was far more than a precocious teenager. The young diarist savored books and literature and longed to be a published author. She labored over the 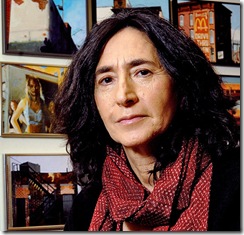 diary, rewriting and polishing early entries, while also devouring works of history and biography, as well as a children’s Bible, and a five-volume history of art.

Part of the diary’s appeal to young readers is Anne’s honestly about emotions that teenagers often keep private. She describes her growing love for Peter, the son of the other couple in the secret hideaway, as well as her devotion to her father and contempt for her mother.

The diary’s survival was a fluke. The text, including hundreds of loose pages, had been stuffed into a briefcase. A Nazi soldier dumped the contents on the floor so he could use the satchel to carry valuables. He could not have known, Prose notes, that he was discarding a literary “masterpiece.”

After the war, Anne’s father edited the diary, which had been rescued from the hideaway by a family friend. Initially, every publisher rejected it. None could imagine that anyone would want to read a teenager’s musings. The book was first published in Holland in 1947. U.S. publishers were skeptical. Finally, Doubleday agreed to pay Otto Frank a $500 advance. The book soon became a blockbuster success.

Prose devotes 40 pages to a tedious description of the lawsuits and acrimony over how Anne Frank would be portrayed on stage and screen and who would have final authority over the scripts, a discussion not likely to interest many general readers.

The diary continues to sell, even though it is frequently banned in libraries and schools. Critics cite Anne’s discussion of her changing body, her rebelliousness and her love for Peter.

Anne also addressed mature themes such as whether people are basically good or bad and why women are treated as inferior to men. And she displayed growing alarm about the fate of Jews, who in her words were being “sent to filthy slaughterhouses like a herd of sick, neglected cattle.”

Prose marvels at the amount of life packed into the diary’s pages. “Sex is part of it,” she writes, “as is death, love, family, age, youth, hope, God, the spiritual and the domestic, the mystery of innocence and the mystery of evil.”

To those who ask how a girl at age 13 to 15 could have written such a compelling work of literature, Prose notes that Mozart was composing music at age 5 and Keats was dead at 26. “The early appearance of genius,” Prose observes, “frequently obliges us to rethink our preconceived notions of age.”

Film: Playwright August Wilson began his chronicle of the African-American experience throughout the … END_OF_DOCUMENT_TOKEN_TO_BE_REPLACED

Film: Just in time with the opening of movie theaters in Palm Beach County comes the season’s most … END_OF_DOCUMENT_TOKEN_TO_BE_REPLACED

Music: The very last concert Franz Joseph Haydn attended in his life was in March 1808, about a year … END_OF_DOCUMENT_TOKEN_TO_BE_REPLACED