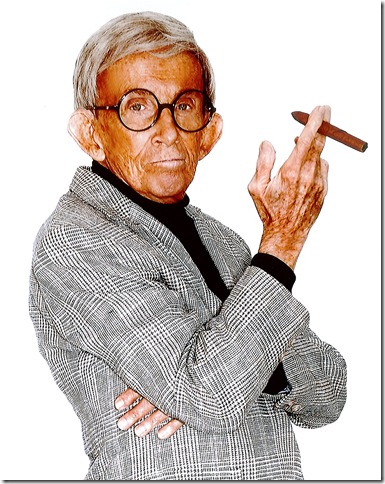 Big of heart and big of ears, Don McArt ― “Bunny” to all who knew him ― passed away on Tuesday at the age of 90. A self-described “second-banana comic relief sidekick,” McArt forged a career in the movies (The Absent-Minded Professor, Too Much), on television (The Addams Family), on stage tours (Kiss and Tell, Pajama Tops, Say Goodnight, Gracie) and, of course, in productions at his kid sister Jan McArt’s Royal Palm Dinner Theatre in Boca Raton.

More often than not, he played supporting roles, content to gain his share of the laughs and the applause, but he usually managed to stick out. As did his ears.

As much as he enjoyed the limelight professionally, McArt was an intensely private man and exceedingly modest ― two qualities rarely found in someone who enjoyed a show business career over seven decades.

As he said to me for an article on him I wrote in 2000, “Show business is much ado about very little. At this point in my life, it all seems vastly unimportant, in a sense.” It is just that he enjoyed performing too much to give it up.

McArt’s love of being in front of an audience took him far from a theater stage. After reading about the Science of Mind Church, he studied its teachings for six years, earning a doctor of divinity degree in 1974. That led to taking on the ministry of a church in Whittier, Calif., for 17 years, where his sermons reflected his zeal to inspire and entertain. An outgrowth of that was a side career as a motivational speaker across the country and a cottage industry selling tapes of his talks.

As his sister Jan once noted to me, “In times of trouble, and I’ve had plenty of them, I live on those tapes. They keep me going.”

McArt might have lived out his life in California, but in 1990, his mother suffered a stroke in Boca Raton, bringing his sister and himself to South Florida where they began producing dinner theater.

There he was the ever-ready utility player, appearing regularly in shows ranging from Sugar Babies to Little Me, to playing a spry leprechaun in Finian’s Rainbow (receiving a Carbonell Award nomination) to a distinctly Irish rabbi in Fiddler on the Roof.

Perhaps his favorite role, though, was filling in for Jan doing the pre-show warm-up speech, sort of a welcome sermonette. As he put it, “I enjoy it, because it’s an opportunity to put the audience in a more receptive mood, in a light-hearted way.”

For much of the past four years, McArt has been center stage, touring the country in Rupert Holmes’s one-man show about George Burns and his career, Say Goodnight, Gracie. “I relate a lot to the struggles George Burns has early in his career, because I’ve had plenty of my own,” McArt commented. “I feel honored that I have been approved to play the role. It’s much better than retirement.”

McArt was not a man who looked back on his life with any regrets, professional or personal. “I had a list of priorities. Marriage was one of those priorities, but it was further down the list, so it never happened,” he said.

A celebration of Don McArt’s life and a memorial service will be held at 4 p.m. Friday, Dec. 28, at the Keith C. and Elaine Johnson Wold Performing Arts Center on the campus of Lynn University in Boca Raton.

Film: Playwright August Wilson began his chronicle of the African-American experience throughout the … END_OF_DOCUMENT_TOKEN_TO_BE_REPLACED

Film: Just in time with the opening of movie theaters in Palm Beach County comes the season’s most … END_OF_DOCUMENT_TOKEN_TO_BE_REPLACED

Music: The very last concert Franz Joseph Haydn attended in his life was in March 1808, about a year … END_OF_DOCUMENT_TOKEN_TO_BE_REPLACED