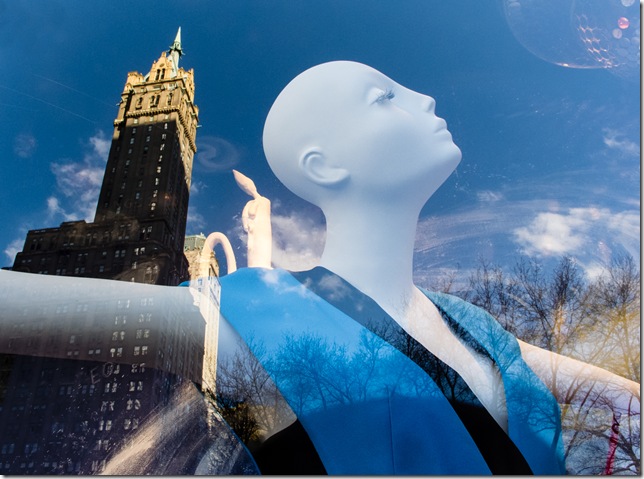 Artist, photographer, community organizer, curator Elle Schorr gets to see everything — well, almost everything — while constantly searching out the best art and artists in Palm Beach County for her Art Salon talks at the Armory Art Center.

She also shows her own work at various galleries including Arthouse 429 in Northwood. Her latest body of work — of dual reflections in store windows — is a fascinating mirror to the Art Salons she has been curating at The Armory as it shows shapes within buildings, the glassy mirrored surface in front of them and the only-in-reflection buildings and lights that exist in the dimension behind the camera’s lens.

Her talks are like that, too, in that they reveal the various dimensions of artists’ lives and work, with audience discussions bringing another layer in.

After a career in clinical social work where she “learned a lot about people,” she says, Schorr moved from New York to Lake Worth, and focused her new freedom on using her camera to capture the transitory energy of the urban environment. She has flourished in South Florida and shown her work widely, garnering critical attention for her unique ability to freeze multiple perspectives into a single image photograph.

Her sleek, glossy work was chosen in 2009 and 2013 for the Annual All-Florida Exhibition at the Boca Raton Museum of Art, as well as for many other juried and invitational exhibitions. This past year she had two solo exhibitions, one at the Cultural Council of Palm Beach County in Lake Worth and the other at Project Fine Art /helium creative in FAT Village / Fort Lauderdale. She was part of a two-person exhibition at GardensArt in Palm Beach Gardens City Hall. Her work also is in a number of private collections.

But working as an artist is often a solo effort, and in a county as spread out as Palm Beach, it’s difficult for artists to connect.
“I felt I had get into the arts community,” she says over a lunch of sushi at Malakor Thai in Northwood. “So I volunteered as a docent at the now-closed Palm Beach Institute of Contemporary Art — which morphed into the Cultural Council of Palm Beach County in Lake Worth — and was seeing the need for more dialogue and networking with artists within the community.

“I felt the need to hold some art talks, and that led to me being named the Art Salon curator at The Armory Art Center for the past three years, where I book monthly talks during season with artists across the board,” Schorr said. “I have the energy and have been bringing in artists from various fields — painting, ceramic, sculpture. I’m at all of them, of course, but different people attend the different talks and it’s fascinating to see the connections being made. It really builds community as after the artists’ presentation we all sit in a circle and get to discuss what we just heard.”

The opening season show is Artists of Art Salon: A Collective Dialogue, which will exhibit the works of 58 South Florida artists, from Miami to Martin counties, all of whom have been presenters over the last three years at Schorr’s salons. The works will fill three galleries at both the Armory Art Center in West Palm Beach and the newly renovated, mural-covered Armory Annex Gallery in Lake Worth. The opening reception is from 6 to 8 tonight at the Armory, 1700 Parker Ave., West Palm Beach. 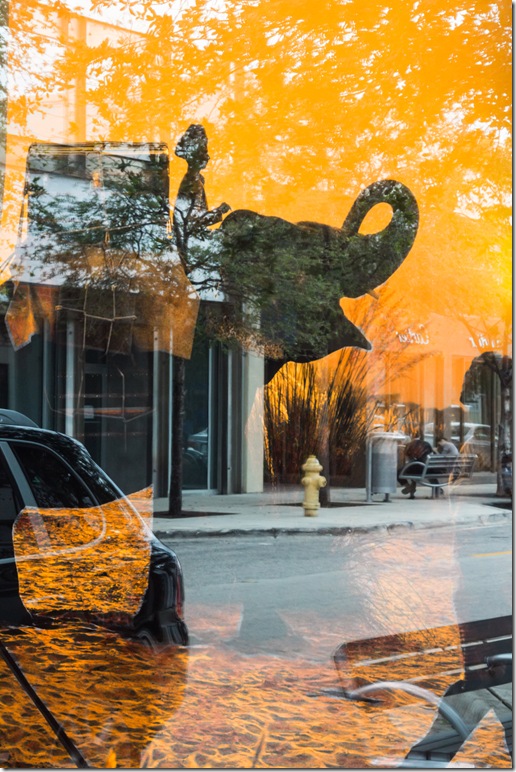 Paintings, drawings, mixed media, sculptures, installations, and a video lounge (in Lake Worth) — something that Schorr is particularly excited about — will address a variety of social, cultural, and aesthetic concerns. The work has been grouped into three themes: “The Individual,” “The World,” and “Beyond.” “The Individual” is in Greenfield Gallery, “The World” is in East Gallery, both at The Armory Art Center in West Palm Beach, and “Beyond” is in the Armory Annex Gallery in Lake Worth. The show runs through Oct. 31.

The first Art Salon talk is on Tuesday, Oct. 6, with Kerry Phillips, who creates sculptures and installations using materials available in a given place at a given time —ranging from found objects to collected experiences and retold stories from her parents’ farm. Often, she’ll alter a space using architectural interventions and enlist the public’s participation in the gathering of materials or through performance based interactions.

In her talk, “Happenstance & Resistance: The Shared Story of Things,” Phillips will consider the seemingly accidental nature of the materials she finds and uses and her dogged refusal/inability to look at things in ordinary ways. Phillips, who lives and works in Miami, was just awarded one of the 2015 South Florida Cultural Consortium Fellowships, and has shown extensively in South Florida, including at the Locust Projects and the Miami Art Museum (now the Pérez Art Museum).

Film: Playwright August Wilson began his chronicle of the African-American experience throughout the … END_OF_DOCUMENT_TOKEN_TO_BE_REPLACED

Film: Just in time with the opening of movie theaters in Palm Beach County comes the season’s most … END_OF_DOCUMENT_TOKEN_TO_BE_REPLACED

Music: The very last concert Franz Joseph Haydn attended in his life was in March 1808, about a year … END_OF_DOCUMENT_TOKEN_TO_BE_REPLACED