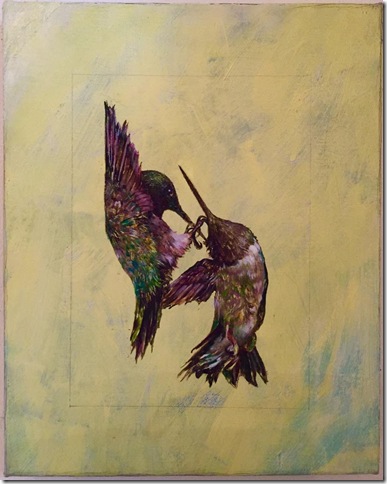 Hummingbirds on Yellow, by Laura Tan.

Although there was more than sufficient visual jokery, snap, crackle, pop and cupcake conceptualism on display at Art Boca Raton to jolt even the most somnolent, there was just enough original work to capture my interest and provide a frisson of satisfaction.

ArtBoca was abuzz at noon on Saturday when I arrived at the giant tent on the grounds of FAU’s Research Park campus next to the airport. This International Pavilion of the Palm Beaches was the instant exhibition space-in-a-minute that resembled an airplane hangar, but the various booths inside were nestled so close to each other it was claustrophobic.

There was barely enough room to maneuver, except within the large Pushkin Gallery space where Russian painter Boris Chetkov’s colorful abstractions were presented and the open booth of the Litvak Gallery where French-Israeli Daniel Enkaoua’s soulful impressionistic work of color stain could be romanced, let alone contemplate the art.

The consequence was that much of the work felt derivative, late 2oth-early 21st century motel art, at worst; at best, an encapsulation of recent trends. 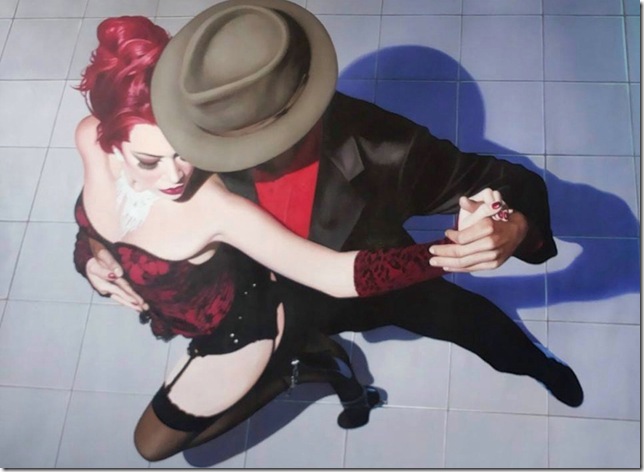 But a large canvas by Colombian painter Jorge Botero Lujan at Armand Bolling’s space presented a sensual bird’s-eye view of theatrically costumed tango dancers that Bolling called a “showstopper,” and indeed it was. The quality of the work was a kind of fashionably unblemished realism, though imbued with curious passion, and the top-down view was undeniable, even compelling. To envision the figures in that manner clearly demonstrated the artist’s willingness to entertain a challenging and unique, surprising perspective.

Bolling, who said he will soon be opening a gallery in Jupiter, had curated a crowded, eclectic exhibition: Gracefully swooping bronzes with themes from antiquity by Israeli artist Itzak Asher; finely drawn oils on linen of birds with a rough sketchbook feeling, but still polished by Miami artist Laura Tan, who acknowledged her sensitive draughtsmanship debt to the Flemish still lifes of the golden age; moody oils that played with changeable mysterious figures in a series of stage settings that remained constant, a dreamscape called “realism of the mind” by her husband Joe Nicastri; as well as clean stainless steel kinetic pieces by Tom Brewitz of Lake Worth, which he called “tools for environmental expression.”

Clear, airy, charming and supremely direct photos of disabled women peopled an exhibition called Bold Beauty: Woman with Disabilities Redefining Beauty Through Photography and Narrative Expression. This was an exhibition with a cause, explained project co-director Eva Ritvo, MD and one of the portrait subjects/photographers Joy Hepburn was on hand, bringing the work to life.

I stopped to chat a minute with Christelle Mehu, who was manning the Boca Raton Museum’s Art School stand where fiber artist Andrea Huffman was demonstrating woodcut printing on fabric and then to talk with the lovely Lacey Asher, who directed my attention to the diverse Ladner Collection of Cuban and Latin American art represented by her dad Gary Hendershott of Santa Fe, Palm Beach and Hendershott Art & History in Little Rock, Ark. 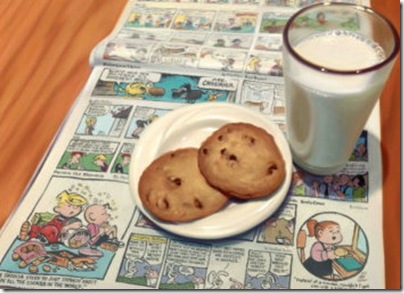 Raphael Avigdor’s photos and illustrations sharply extended the aesthetic of the show’s international diversity theme, and I had a good laugh at the Three Stooges photo-cut-out bench that was part of an amusing exhibit that included painted-on-canvas artifacts of ephemera (matchbooks, labels, toy boxes, Monopoly game cards, movie memento assemblages) by Doug Bloodworth of Boca; Cesar Santander of Spain, whose work can be seen in the illustrated volume Exactitude: Hyperrealism Today; and K. Henderson of New Mexico. This was all at David Muller’s Photorealism, where Diane Rogers enthusiastically assured me all were originals. And reasonably priced.

Film: Playwright August Wilson began his chronicle of the African-American experience throughout the … END_OF_DOCUMENT_TOKEN_TO_BE_REPLACED

Film: Just in time with the opening of movie theaters in Palm Beach County comes the season’s most … END_OF_DOCUMENT_TOKEN_TO_BE_REPLACED

Music: The very last concert Franz Joseph Haydn attended in his life was in March 1808, about a year … END_OF_DOCUMENT_TOKEN_TO_BE_REPLACED