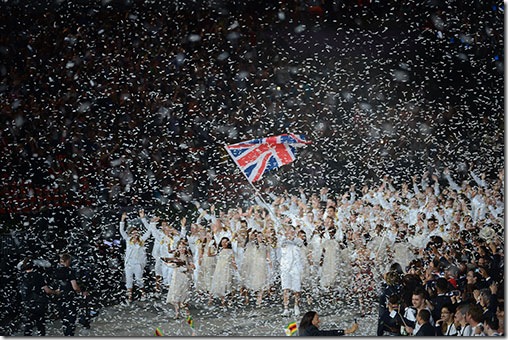 Sports photographer Adam Stoltman has been covering the dazzling highs and lows of Olympic competitions since 1980.

“The Olympics are just this explosion of energy and passion and athletic power and grace in all directions at once,” Stoltman says.

Olympix 2012, an exhibition of Stoltman’s photos from the London Olympics, is on display at the Palm Beach Photographic Centre in West Palm Beach through Nov. 10.

As a photographer, Stoltman keys in to the world’s finest athletes in moments of peak performance, in split-second reaction shots and in quiet, internal moments before and after a competition.

“You develop a feel. You can tell when something extraordinary is happening. There’s a change in energy around you,” Stoltman says.

The images that Stoltman is able to capture of athletes in the peak of a powerful performance are exhilarating to behold.

There’s the ruthless power of swimmer Michael Phelps as he breaks the surface of the water.

“He looks like a submarine surfacing. There’s this huge explosion of power. And seeing that through the camera ― I’ve never seen anything like it,” Stoltman says. 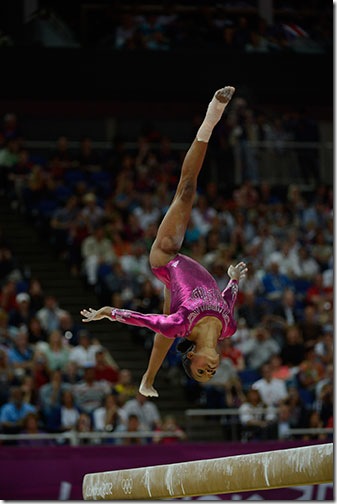 There’s the concentration of a resplendent Gabrielle Douglas in mid-air as she flips over a balance beam.

“You’re able to see her eyes completely focused on the beam,” Stoltman says.

And then there’s Antoinette Nana Djimou Ida of France summoning all her strength, arm outstretched, as she prepares to throw a javelin as part of the heptathlon competition.

“There’s almost something very primal about it. You’re throwing a spear,” Stoltman says. “There is a lot of power and the form is very classical.”

With 30-year-old tennis star Serena Williams, the scars from her knee surgeries are visible, and Stoltman captures the aftermath of one of her powerful forehands.

“With Serena, much like Michael Phelps, there’s a sense of extraordinary power in all her movements,” Stoltman says.

And there’s the collective intensity of the men’s 100-meter final as each athlete pushes his body to the absolute limit with gold medalist Usain Bolt of Jamaica in the lead.

“When you’re a photographer in that moment, you’re hyper-focused as well. It’s palpable. You feel it. It’s almost like there’s a string connecting you,” Stoltman says. 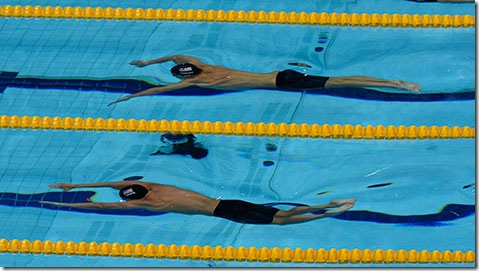 For pure joy, there’s nothing that tops the ecstatic look on the face of Mohamad Farah of Great Britain upon realizing he would take the gold medal in the men’s 10,000-meter final.

“He almost couldn’t believe he won,” Stoltman remembers. “He had a lovely humility in that moment.”

And there’s something heart-tugging about seeing the raw disappointment on the face of a young athlete as he or she is about to lose a competition.

Or minutes later as their bodies cool down and they seek to collect themselves. Stoltman captures American swimmer Ryan Lochte in such a moment after finishing fourth in the men’s 200-meter freestyle, his head bent and his eyes gazing down.

“It was a very private moment and just for the moment the water is dripping off the chin,” Stoltman remembers. “He came up short. You can see it – the disappointment in the moment.”

And Stoltman captures the distinct poetry of each athlete’s performance.

“There’s something beautiful about athletics. There’s a real purity about how athletes perform in the moment,” Stoltman says. “Sports remind us that we can transcend limits.” 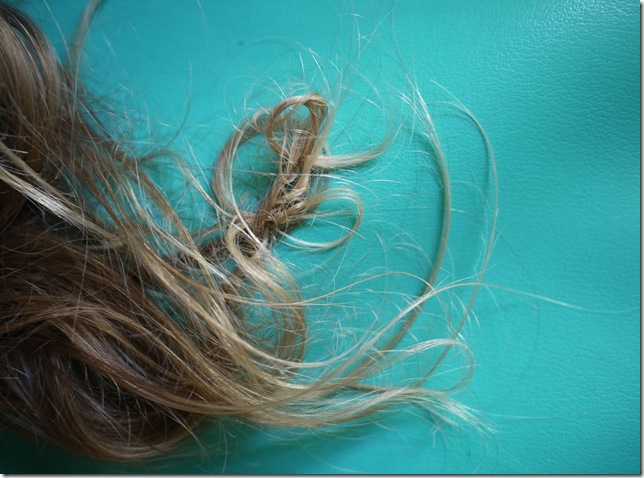 Nellie Appleby’s art is a joyous tribute to the ecology enveloping Key West.

“It’s been my muse,” says Appleby, who moved to Key West three years ago for an artist residency at The Studios of Key West and stayed.

The enormity of palm leaves, the shapes of sea grape leaves, mother’s tongue and philodendron – all inspire Appleby’s work.

And each is incorporated in Appleby’s artwork on display for New Art, an exhibition of South Florida Cultural Consortium Visual and Media Artists Fellowship award winners at Florida Atlantic University’s University Galleries.

Appleby is one of 11 South Florida artists, including Palm Beach County’s Phillip Estlund, whose work is featured in the exhibition, which runs through Dec. 15 in FAU’s Schmidt Center Gallery and through Saturday in FAU’s Ritter Art Gallery.

Appleby creates “growing sculptures,” using live plants. A baby mangrove and an avocado plant are part of her New Art sculptures, as are disco balls and mirrored pedestals.

And she dances with it, too, as she explains to visitors to her New Art exhibits.

“Plants like an amorous French man wooing me, spinning me, dancing me around! I take them swimming with me in the ocean, where they become my synchronized swimming partners,” Appleby writes. 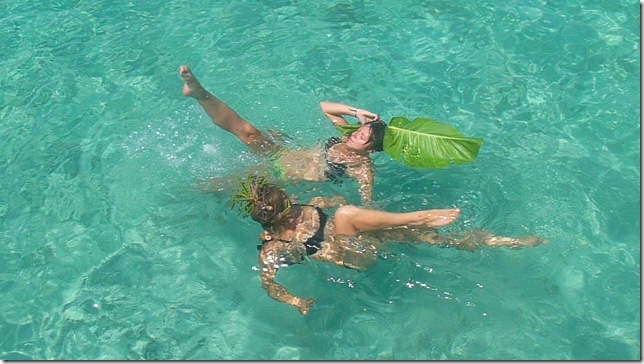 And in Synchronized Swimming, a 3-minute looping video, you can see the results of that joyful collaboration.

In the cyanotype photograph Swimming with the Mangrove, Appleby captures the stunning beauty of a mangrove in bloom, up close and from water level.

“There are flowers under the water,” Appleby exclaims. “It’s just magic.”

Appleby spoke about another great day out on the water, this time boating with a friend. Upon returning to land, she discovered “the most amazing knot in my hair.”

She documents that knot in the cyanotype photograph Knot in My Hair, Collaborating With the Wind.

In the cyanotype photograph One Thousand Days of Gratitude, With Aimee, a woman clad in a sequined shirt stands on the ocean’s edge, facing a horizon of calm clear water and clear blue sky.

The installation piece The Present, features a wooden Monroe County school chair, circa 1960, a vintage cement yard ornament of a dog, a mini-disco ball, a wee worried-puppy planter with a fake fern and a potted baby mangrove plant.

“There’s always some element of ecology to it,” Appleby says of her work. “But I like mystery.”

She encourages people to look at her work and make up their own stories. But most of all, she hopes viewers of her artwork will “remember their own experiences of awe with nature and seek out new ones.”

New Art: South Florida Cultural Consortium Visual and Media Arts Fellowship is on display through Dec. 15 in the Schmidt Center Gallery on the campus of Florida Atlantic University in Boca Raton. The University Galleries are open Tuesday through Friday from 1 to 4 p.m., and Saturday from 1 to 5 p.m. Visit www.fau.edu/galleries for more information.

Film: Playwright August Wilson began his chronicle of the African-American experience throughout the … END_OF_DOCUMENT_TOKEN_TO_BE_REPLACED

Film: Just in time with the opening of movie theaters in Palm Beach County comes the season’s most … END_OF_DOCUMENT_TOKEN_TO_BE_REPLACED

Music: The very last concert Franz Joseph Haydn attended in his life was in March 1808, about a year … END_OF_DOCUMENT_TOKEN_TO_BE_REPLACED