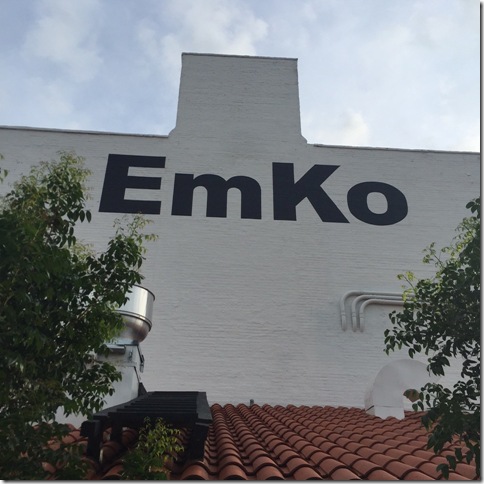 EmKo is a new joint that graces West Palm Beach’s historic neighborhood of Flamingo Park, a renovated, three-story building that was once home to Ragtops Antique Motorcar Museum. Resurrecting this 1926 historical property, EmKo is a multi-disciplinary art gallery/culinary destination that aims to join the community through the art of food and the visual arts, too.

A helpful staffer inside said their core mission is to create an environment that fosters and nurtures undiscovered artists in both food and visual art as well as performing, literature, and media arts. The upstairs gallery, opening today, will be called The Artist Independent Republic gallery or AIR, and welcomes “avant-garde, trendy, and innovative fashion designers, musicians, poets, photographers, sculptors and painters.”

The Culinary Art gallery on the main level incorporates a multi-operational concept featuring a restaurant, a coffee shop, and juice bar called Untitled, retail gourmet market called simply Market, and bakery called BAB — Back Alley Bakery. The two entities brush up against each other, merging bold graphic design with practical counters and food service cases. There were several people lounging about in the main room the day I visited, suited up professional types enjoying drinks and small plates in the main area.

The back garden and side alley is where more art action is, dotted with sculptures and well-manicured lawns that host Yoga on the Green classes called Mind, Body, Breath every Saturday. Bring your mats and an open eye. I was particularly amused by the many tree sculptures and painted sign artworks that made you look and think twice about the meaning and message.

EmKo has great potential and someone certainly has sunk a lot of money into the place to attract what looks to be a hipster millennial crowd. Time will tell how they find their place in the local arts community.

Today’s opening of the gallery is a free event for the creative community, but they request you RSVP to Leo@emkopb.com as they build a mailing list. 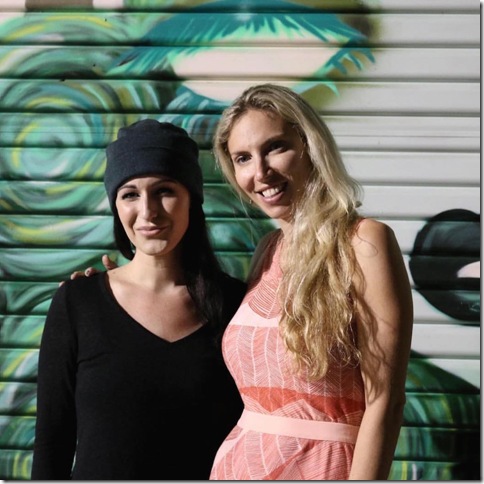 Seven local artists — Amanda Valdes, Eduardo Mendieta, Amauri Torezan, Diana Contreras, Mark Rupprecht, Jay Bellicchi, and Paul Hughes — have been busy painting outdoor murals on the bay garage doors across the street from Arthouse 429 in competition for a coveted position on the official 2016 Canvas lineup. Attendees to the event Nov. 13 voted for their favorite Canvas Local Showdown mural on the Canvas Art App.

The winner was Amanda Valdes, who already has several prominent murals about town including doe-eyed waitresses at Howley’s Diner and a Day of the Dead-themed wall at the Graffiti Garden on Fern Street.

Valdes, a West Palm Beach native who exhibits with ArtHouse 429 in Northwood and lately has been designing clothes, won for her green-horned lady killer. Look for her new work when Canvas unfurls again next year. 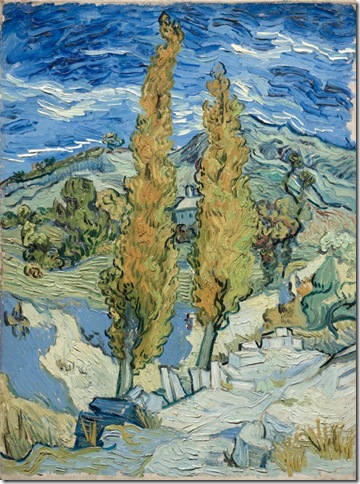 Vincent and Edgar at The Norton

The Norton has two special guest artworks on display for the season — Vincent van Gogh’s The Poplars at Saint-Rémy holds court now through April, while Edgar Degas’s Portrait of Mlle. Hortense Valpinçon is exhibited until May.

These two artists had little in common aside from work that has transcended their century and become iconic. Vincent van Gogh suffered from epileptic seizures, was poverty-stricken most of his life, spent time with prostitutes and fellow insane asylum inmates and ultimately killed himself to end his incurable suffering. But the art lives on as he found solace and soaring, searing poetry in nature. His brilliant sunflowers, wild starry nights and waving fields of wheat and crows are still thrilling to stand before all these decades later.

The Poplars at Saint-Rémy (1889) was painted during a period when van Gogh was hospitalized near the institution, so all kinds of symbols can be read into it — are the two yellowed poplar trees really there or are they representing people he knows? What or who dwells in the small house in between them and the dark blue shadows in the valley? The signature bright blue and yellow jumps off the canvas with his trademark swirling strokes. The painting is presented in its own room on the top floor of the rotunda, giving it the mysterious patina of a sacred object. It’s probably worth tens of millions and deserves such royal treatment. 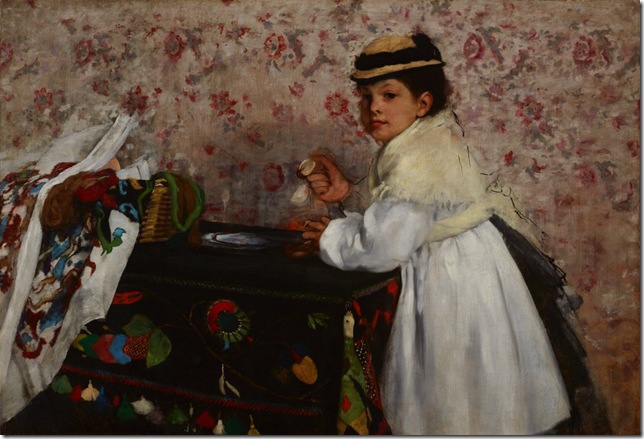 By contrast, Degas was a bit of a bon vivant, lived in high society, painting ballerinas and rich little girls like Mademoiselle Hortense Valpinçon, who was 9 when family friend Degas came to call. The painting is on blue-and-white striped mattress ticking, and is not finished in the hands and back. You can see the artist hand figuring out gesture and shadows.

There is enormous detail in the wallpaper and embroidered tablecloth, filled with rich color and flowers and tassels. It was never sent to his studio to be finished as the owners feared they would never get it back. Degas remained friendly with Hortense throughout her life, though, and still never finished the painting.

In the room with the Hortense painting is a bronze figure statue and a drawing of a ballet dancer by Degas from the Norton’s collection to complement the on-loan painting.

Curator Cheryl Brutvan showed some photos of the artist and his child muse at the preview, and read some passages from Van Gogh’s letters to give some lovely backstory to the two special guests in their house. This is a wonderful, rare chance to see such contrasting work.

Film: Playwright August Wilson began his chronicle of the African-American experience throughout the … END_OF_DOCUMENT_TOKEN_TO_BE_REPLACED

Film: Just in time with the opening of movie theaters in Palm Beach County comes the season’s most … END_OF_DOCUMENT_TOKEN_TO_BE_REPLACED

Music: The very last concert Franz Joseph Haydn attended in his life was in March 1808, about a year … END_OF_DOCUMENT_TOKEN_TO_BE_REPLACED