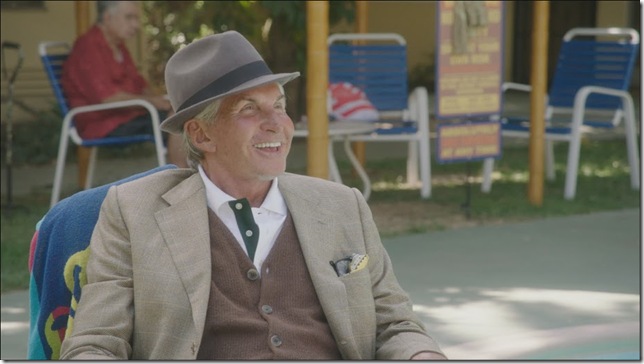 The film, based on Rodriguez’s parents, looks at a group of seniors whose lives are thrown into turmoil when their Los Angeles apartment complex is threatened to be sold out from underneath them. Reached by phone at his California home, Hamilton spoke with Palm Beach ArtsPaper’s Hap Erstein.

Erstein: George, you play a man battling dementia. Were you a little taken aback when this script came your way?

Hamilton: No, y’know, what happens is you make a lot of movies in your lifetime. People think you sit and wait for great scripts to come along and turn down other things, it’s not that way at all. Actors who have made a living over a long period of time know it’s a game with all types of endeavors. There are few actors who started at the top and stayed there, but I’ve not known many who have not had huge ups and downs. I’ve been dead in Hollywood about 10 times that I know of. And I come to the end of an old me and I have to reinvent me.

I always look for things to do that are outside of what I would expect me to do and the eyes of the people that judge me. I like to take challenges, but they don’t like you to take things that are challenging because they only see you in one way.       As I grew up in this business, I found that you had to do everything. “Do you sing?” “No, but I will.” “Do you dance?” “In a minute.”

Erstein: You felt you could get inside the head of Phil, a condo dweller drifting into dementia, who believes he is Dean Martin?

Hamilton: There are not many roles for older people that speak to older people. There’s a kind of taboo that goes on in this country, that people look at older people but they don’t really want to deal with them or spend that much time with them, because it’s a society based on youth.

So for me, as I get older, I think the hard part is to play a character that is inherently sad, but at the same time has no sense of self-pity. And I love that about him.

So Rosemary had asked me to do it, and there’s a fellow of the name Fred Roos. Fred cast me in The Godfather (Part III), and what terrific casting that was for me at that time. So you trust certain people and if they say it’s a good role for you, you do it. It’s not about money. When really good casting directors say, “You’d be good for this picture we’re doing,” you don’t question it, you just do it.

Erstein: You didn’t need to research Alzheimer’s disease, did you?

Hamilton: My mother had Alzheimer’s at the end of her life at 93. She kept saying, “All my old friends are becoming new.” She called it Oldtimer’s. She had incredible humor, my mother. Things were funny and tragic at the same time. What I did was I remembered those moments with my mother. They touched me, but at the same time she had a certain dignity about her. And she had humor. And I tried to put those things together.

Erstein: In addition to your long career in acting, you have turned to producing films.

Hamilton: I’m producing again and I have an actual company where I’m financing a few films. So that’s fun for me now. It doesn’t limit your ability to be involved in the film business and be involved with fine films. I just sometimes think when I’m producing, “I know an actor I think I could get for this part.” They say, “Who is that.” I say, “His name is George Hamilton.” (laughs)

Erstein: But can you afford to hire him?

Hamilton: Well, unfortunately, if you’re the producer you have a conflict of interest. You start negotiating against yourself. The thing is I love the business, I love all aspects of it. And as I’ve said before, you have to be an all-around ham to make it through for a long time.

Erstein: Donald Trump just hosted SNL. Are you ready to announce that you are running for president?

Hamilton: No, I’m afraid I’m the only one in America who will not be announcing his candidacy. 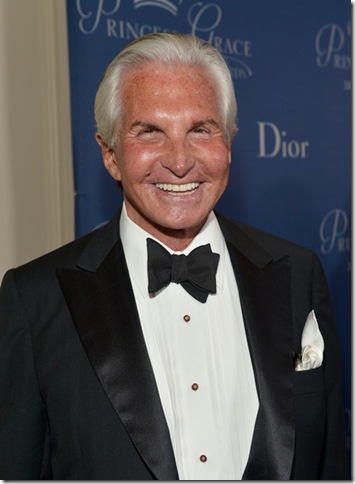 Erstein: You grew up and began your acting career in Palm Beach County.

Hamilton: I was in my first play, Brigadoon, at the public high school [Twin Lakes] which is now Dreyfoos (School of the Arts). I did Brigadoon to get out of extra homework. And I went to the state finals at either Tallahassee or Gainesville, Gainesville I think, and competed and won it — Best Actor. And I thought, “This is the best racket. Just to be able to learn a few lines and not have to go to a math class, this is what I want to do.”

When I went to MGM, they said, “Who do you want to be?” And I thought, “Well, I think I want to be me.” And they said, “Well, who is me?” And that was an interesting question, because I never knew.

I went upstairs in the wardrobe department and I walked around and the first suit I saw was Cary Grant’s, for North by Northwest. I studied it and examined it, I looked at every detail. Then they showed me some wardrobe of James Dean — a pair of blue jeans and a bomber jacket. And they said to me, “Who would you like to be?” They were grooming me towards a James Dean type of character. I said, “I think I like that guy Cary Grant the best.”

That’s the thing about all of this. In movies you keep reinventing yourself. And that’s exactly what I did. I started out with them giving me the help. Because the studio publicized you, they groomed you, they got the right director for you, the right producer, the right writer, and they all worked together, because they owned them all. And then all of a sudden that disappeared. It must have been what slavery was like when it was over. I mean, the slaves didn’t want to be enslaved anymore, but they didn’t know where to go or what to do. They didn’t know who they belonged to, and that’s the way I felt.

The truth of it was it was so easy. All you had to do was follow their lead and take their lessons and they would give you the character you needed. In putting all that together, you had the best coaches and the best teachers. That was the studio system. I loved the idea that I was told what to do.

Erstein: Didn’t you make a point of getting stage training too?

Hamilton: Timing is not something you get from a film. You need to get that from the stage. And I didn’t have any stage experience, except what I had started with in Palm Beach. So I figured I would find out what theaters in the United States wanted actors in the summer. And there were some great ones like Hyannis and Westport. I played all those places.

Then I realized there was a silent majority of theaters that were really dinner theaters. They would bill you above the roast beef. And I loved it, because I learned to get an immediate reaction, in a proscenium and in the round, with and without microphones, I really learned.

But everybody in Hollywood thought I lived this playboy life in the south of France. The truth of it was I was on the road in little towns — Warren, Dayton, Columbus, Ohio; Clearwater, Florida — I just played everywhere. I learned to act there. 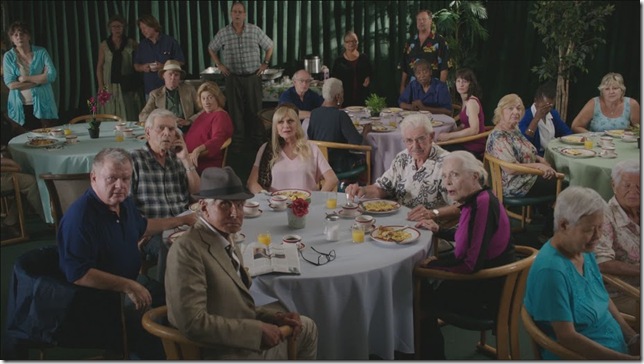 Hamilton: It was. We went out to this place where there are a lot of actors and people from show business. They all were comfortable. And I saw one of the stars I had worked with there. It touched me.

Erstein: Could you see yourself living in a condo community like Silver Skies?

Hamilton: I honestly don’t know how actors would get along with actors, because I think there’s a pecking order. Anyone who was a star, they’d want billing above the title, above anyone who wasn’t a star. I would think I’d want to be with people where I could talk about my career rather than have other actors talk about theirs to me. You want an audience. Actors aren’t a good audience. I don’t know that you’d get the respect you would get from a layman.

Actors have to be the center of attention. They’re kind of babies that didn’t get enough love.

Erstein: According to the Internet, you have a couple of other films in the pipeline. What is The Congressman?

Hamilton: It was a film which I did back East. I played a very corrupt congressman. I know that’s redundant. I only went in for The Congressman for three or four days. But I think what I did was effective and I liked the character.

Erstein: How about Melvin Smarty?

Hamilton: Melvin Smarty? I kind of remember doing that one. What was that? Y’know, I’ve done over 80 movies. People come up to me and give me lines out of movies and I go, “Did I do that?” I played an alcoholic one time, so I decided I’d get drunk for the movie. And it worked beautifully, except when I went to see it, I thought, “Is that me? I’m pretty good in that. I should have gotten drunk more often.”

Erstein: So, George, why did you decide to come to the Fort Lauderdale International Film Festival to promote Silver Skies?

Hamilton: Well, I can only say in my selfish way, I kind of began my career in Fort Lauderdale with Where the Boys Are and now I’m in sort of a retirement home cocoon at the age of 76. For me, that’s quite a circle. And I love that it’s in Fort Lauderdale. I was there and did kind of a question-and-answer last year. They were incredibly grateful and it was a wonderful experience. So I wanted to do that again.

Film: Playwright August Wilson began his chronicle of the African-American experience throughout the … END_OF_DOCUMENT_TOKEN_TO_BE_REPLACED

Film: Just in time with the opening of movie theaters in Palm Beach County comes the season’s most … END_OF_DOCUMENT_TOKEN_TO_BE_REPLACED

Music: The very last concert Franz Joseph Haydn attended in his life was in March 1808, about a year … END_OF_DOCUMENT_TOKEN_TO_BE_REPLACED