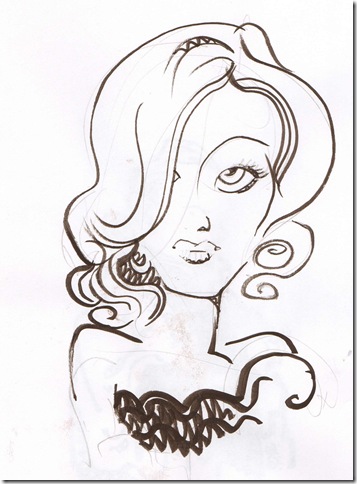 As is often the case, the South Florida jazz season for 2009-2010 involves more quality than quantity. Which isn’t necessarily a bad thing, and the coming season even includes a few pleasant surprises.

Like the Dirty Dozen Brass Band, one of New Orleans’ leading jazz horn units, playing at one of South Florida’s top rock clubs. The veteran band makes a stop on its My Feet Can’t Fail Me Now 25th anniversary concert tour by taking the stage at the Culture Room in Fort Lauderdale on Oct. 17 (8 p.m., $14.99).

Grammy-winning, Cuba-born trumpeter Arturo Sandoval is another brass master, and he presents his softer side in A Time for Love, a collection of ballads from a forthcoming release on Concord Records. As part of the University of Miami Frost School of Music’s Festival Miami 2009, Sandoval performs Oct. 17 at Maurice Gusman Concert Hall in Miami (8 p.m., $30-50).

Bassist and University of Miami instructor Chuck Bergeron toured in historic big bands led by Buddy Rich and Woody Herman. Now he leads his own big band, the South Florida Jazz Orchestra, which also features many other South Florida jazz educators. On Nov. 11, in a Gold Coast Jazz presentation, they offer material by Bergeron’s former bandleaders and beyond in Jazz Legends of Yesterday, Today and Tomorrow at the Broward Center for the Performing Arts’ Amaturo Theater in Fort Lauderdale (7:45 p.m., $35-40).

Veteran saxophonist Tom Scott has had a long and successful career as both a bandleader and session recording musician — with 29 solo albums, three Grammy Awards and more than 450 total recordings. He kicks off the 10th anniversary season for the Jazz Arts Music Society (JAMS) of Palm Beach on Nov. 16 by taking the stage at the Harriet Himmel Theater, located within CityPlace in West Palm Beach (8 p.m., $35).

There are gifted singers and gifted pianists, but seldom do the two meet. Eliane Elias is an exceptional exception. The Brazilian jazz double-threat plays tracks from her new CD, Bossa Nova Stories, with her quartet in the South Florida Jazz organization’s 18th anniversary concert Nov. 21 at the Miniaci Performing Arts Center on the campus of Nova Southeastern University in Davie (8 p.m., $40-125).

Dave Grusin is a Grammy- and Academy Award-winning keyboardist and composer, and he’s joined by guests Jon Secada, Patti Austin, Gary Burton, Arturo Sandoval, Nestor Torres and Sammy Figueroa for Jazz Roots: An Evening With Dave Grusin. The evening will include Grusin’s movie themes, and a rare performance of his contemporary jazz rendition of West Side Story, on Dec. 4 at Knight Concert Hall at the Adrienne Arsht Center for the Performing Arts in Miami (8 p.m., $25-125).

Vocalist Ann Hampton Callaway may be best-known for her Tony-nominated role in the hit Broadway musical Swing!, but she’s also performed with trumpeter Wynton Marsalis and the Lincoln Center Jazz Orchestra, and has an extensive recording catalog leading up to her latest CD, At Last. She appears on Jan. 2 at the Lyric Theatre in Stuart (8 p.m., $45).

The exuberant playing of pianist Cyrus Chestnut draws from influences ranging from the rhythmic Fats Waller to the unorthodox Thelonious Monk. In his Gold Coast Jazz performance of Jazzin’ Elvis, Chestnut and his trio perform a variety of jazz standards, mixed with Elvis Presley hits, on Jan. 13 at the Broward Center (7:45 p.m., $35-40).

The concert that commemorates JAMS’ actual birthday features the quintet led by pianist John Colianni ,whose body of work includes being a part of bands led by Lionel Hampton and Mel Tormé. Colianni’s brand of high-energy jazz piano is displayed on his quintet’s latest CD, Johnny Chops. On Jan. 26, that energy will fill the Harriet Himmel Theater (8 p.m., $35).

One of jazz/fusion’s godfather guitarists, Larry Coryell ,and one of the leading modern Hammond organists, Joey DeFrancesco, unite in the Larry Coryell-Joey DeFrancesco Trio. Having already appeared with drummers from veteran fusion star Alphonse Mouzon to DeFrancesco’s youthful bandmate Byron Landham, the six-string master and the grinding keyboardist star in a South Florida Jazz presentation on Feb. 13 at the Miniaci Performing Arts Center (8 p.m., $35).

Esperanza Spalding boasts a surprising combination of talents by being a vocalist, bassist and bandleader — and all at the tender age of 23. Raised in a multicultural household in Portland, Ore., she sings in English, Spanish and Portugese, and has already worked with jazz icons Pat Metheny, Stanley Clarke and Joe Lovano. She appears Feb. 20 at the Duncan Theatre at Palm Beach Community College in Lake Worth (8 p.m., $27).

Twenty-two-year-old pianist Eldar surprises with his stunning recent release, Virtue. Born Eldar Djangirov in Kyrgyzstan, the pianist has recorded since his early teens, but raises his art to a new level on the new CD. He’s joined by the disc’s rhythm section, bassist Armando Gola and drummer Ludwig Afonso, on March 11 at Festival of the Arts Boca in Boca Raton (8:30 p.m., $25-50.)

Born in Russia and already a huge success in Canada, vocalist Sophie Milman is likewise growing on American audiences. Her new release, Take Love Easy, follows the 2007 CD Make Someone Happy, which won a Juno Award (the Canadian equivalent of a Grammy). At age 26, Milman’s husky voice, looks and jazz sensibilities might result in stardom in the United States in the near future. She appears on March 17 at the Kravis Center for the Performing Arts’ Rinker Playhouse (7 p.m., $38).

The Palm Beach Pops presents Big Bands and All That Jazz!, which re-creates the music of the great swing orchestras with guest vocalists Lynn Roberts and the Swing Set Singers on April 2-3 at the Kravis Center’s Dreyfoos Hall (8 p.m., $29-89), April 5-7 at Carol & Barry Kaye Performing Arts Auditorium at Florida Atlantic University in Boca Raton (8 p.m., $29-69), and April 8 at the Eissey Campus Theatre at Palm Beach Community College in Palm Beach Gardens (8 p.m., $75-85).

Cuban pianist Omar Sosa and his Afreecanos Quartet, play what the band’s name implies — an eclectic blend of African and Cuban music with some free jazz thrown in. The three-time Grammy nominee plays tunes from his latest CD, Tales From the Earth, during a South Florida Jazz stop on April 10 at the Miniaci Performing Arts Center (8 p.m., $35).

Bill Meredith is a freelance writer in South Florida who has written extensively on jazz for publications such as Jazziz and Jazz Times.

Editor’s note: This is one in a series of 10 stories previewing the Palm Beach County and regional arts season for 2009-10.

Film: Playwright August Wilson began his chronicle of the African-American experience throughout the … END_OF_DOCUMENT_TOKEN_TO_BE_REPLACED

Film: Just in time with the opening of movie theaters in Palm Beach County comes the season’s most … END_OF_DOCUMENT_TOKEN_TO_BE_REPLACED

Music: The very last concert Franz Joseph Haydn attended in his life was in March 1808, about a year … END_OF_DOCUMENT_TOKEN_TO_BE_REPLACED