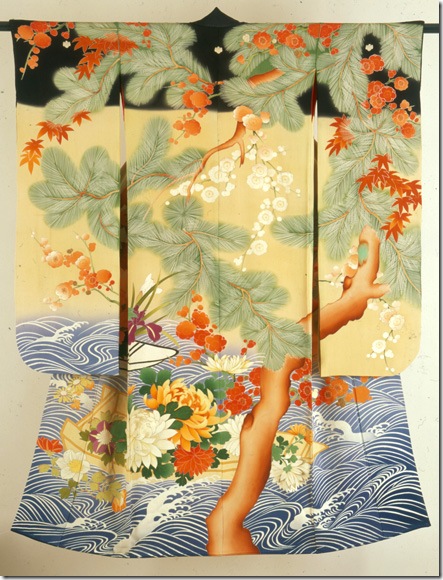 The coming art season looks to be as exciting as ever, with artists enthusiastically staging exhibitions through cooperative galleries, street fairs and public spaces, while local museums and galleries gear up to launch a wide variety of fascinating shows and international art fairs prepare to import art from around the globe.

Opening Nov. 7 and running through Jan. 17 is a show about South Africa’s multimedia artist William Kentridge, whom Time magazine recently recognized as one of the 100 most influential people in the world. For lovers of classical art, Hapsburg Treasures: Renaissance Tapestries From Vienna, considered some of the greatest in existence, will be on display from Jan. 12-April 11. And, organized by New York’s Jewish Museum is a moving story captured in works owned by a legendary Dutch art dealer whose collection of Old Masters was plundered by the Nazis before being restored to his family a few years ago. Reclaimed: Paintings from the Collection of Jacques Goudstikker is on exhibition from Feb. 12-May 9. 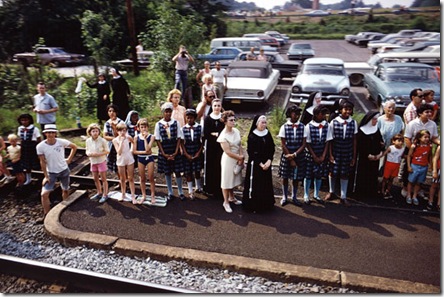 Photography will be well-represented at the Norton, too. Avedon Fashion 1944-2000 (Feb. 9-May 9), organized by the International Center of Photography in New York, showcases the career of famed fashion and advertising photographer Richard Avedon. Women, organized by The Women’s Museum in Dallas, features work by another “photo star,” Annie Leibovitz; 38 of her portraits of women from a wide spectrum of society will be on display from May 1 to Aug. 1. Also, a commemorative set of 20 images taken by Paul Fusco from Robert F. Kennedy’s funeral train in June 1968 will be displayed beginning Feb. 13.

On the second Thursday of the month, the museum continues its new Norton After Dark series of evening events, in which the museum buzzes with music, art events and activities from 5 p.m. to 9 p.m.

Society of the Four Arts, Palm Beach: The society will present three major exhibitions, beginning on Dec. 5 with Fashioning Kimono: Art Deco and Modernism in Japan, a remarkable exhibition of 97 kimonos (through Jan. 10). Opening Jan. 23 and running through Feb. 28 is The Grandeur of America’s Age of Sail, paintings by British maritime and technically proficient artist John Stobart, who will also give a lecture the morning of the opening. Finally, on March 13-April 18, Paintings from the Reign of Victoria: The Royal Holloway Collection, London will feature 60 paintings by artists such as Sir John Everett Millais. There will be two lectures: Dr. Debra Mancoff (School of Art Institute of Chicago) on March 20, and on April 3, artist and art historian Richard Frank will give a gallery talk.

Boca Raton Museum of Art, Boca Raton: Late 20th -Century Abstraction (now through July 18) features works from the museum’s permanent collection. Also currently on display is a 40-year retrospective of the realistic and trompe l’oeil stylized paintings of New Jersey artist Gary T. Erbe (through Nov. 8). From the collection of filmmaker Martin Brest, meaningful and spiritual artwork by Cuban-born Enrique Martínez Celaya will include 19 works, from small watercolors to monumental paintings and a bronze sculpture (Nov. 17-Jan. 10). A tribal art exhibit from Africa, Oceanic and Meso-American cultures will include sculptures, masks and artifacts (Nov. 17-May 2). 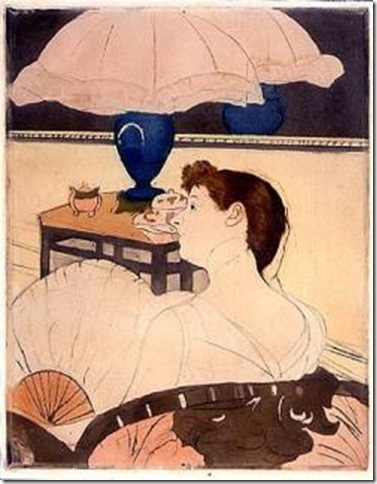 Flagler Museum, Palm Beach: The second-floor art gallery at Henry Flagler’s Whitehall home offers a retrospective of American arts and crafts in A Spirit of Simplicity (Oct. 6-Jan. 3.) The exhibition, which features more than 150 objects, will include work by Gustav Stickley, Elbert Hubbard and Charles Rohlfs, prints by Arthur Wesley Dow and pottery by arts-and-crafts shops such as Newcomb and Rookwood.

Morikami Museum and Japanese Gardens: The Delray Beach museum will feature exhibits of tetsubin cast-iron teakettles from the 19th and 20th centuries (Sept. 29-Dec. 6), and during that same time, Japanese woodblock prints with moon and plum-blossom motifs. An exciting exhibit for contemporary art enthusiasts will be the large-scale ceramic sculptures of internationally renowned Jun Kaneko (Dec. 22-March 7), reflecting two decades of his work, such as his 7-foot-tall, half-ton dangos and 8-foot tall heads glazed with repetitive lines and geometric patterns. Kyoto: A Place in Art (June 22-Oct. 17), focuses on Japan’s cultural capital with ceramics, woodblock prints and photographs of the Kyoto gardens. 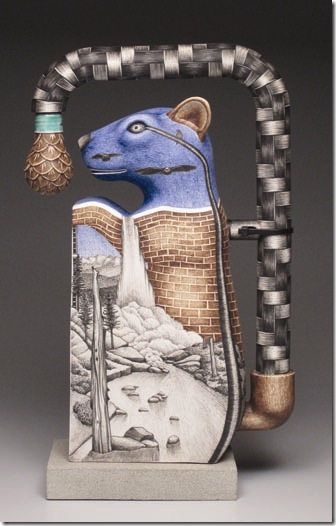 Jan. 8 will be the Take Home a Nude event in which art lovers and collectors will be wined and dined while they bid for work by the internationally renowned artists of the Master Artists workshops. The center also has a comprehensive art school that features classes from visiting master artists. Even if you can’t take the classes, plan to attend the lectures and demonstrations, starting with Peter Rubino’s figurative sculpture demonstration (Dec. 10), Tom Barton’s clay sculpture (Dec. 12), Jason Walker’s ceramics (Dec 13.), Jason Briggs’ intricately painted porcelain sculptures (Dec. 16), and Simon Kogan’s sculpture (Dec. 17).

Starting the evening of Oct. 29, Dia de los Muertos kicks off the Armory’s After Hours events, where one can network with artists, see demonstrations and participate in creative projects.

The Lighthouse Center for the Arts: The Tequesta center is hosting a “can-struction” event through Nov. 5, in which artist teams create unusual sculptures using canned food that eventually will be donated to local food banks. There’s also a photography exhibition by teenage photographer Allison Parssi that explores the two sides of Palm Beach County with images taken in the wealthiest and most impoverished areas of the county.

Cornell Museum: The museum at Delray Beach’s Old School Square celebrates the 50th anniversary of the Barbie doll in an exhibit continuing through Nov. 8. Later this year, it’s another popular culture fixture: the pinball machine. Pinball Palooza: The Art, the History, the Game (Dec. 1-March 28) takes a close look at pinball culture, and beginning April 12, it’s Stuff 2: The Joy of Collecting!, featuring collectibles from area residents and celebrities (closes Sept. 25).

Florida Atlantic University: Through Oct. 31, the galleries at FAU’s Boca Raton campus will be hosting work by winners of the 2009 South Florida Cultural Consortium Media/Visual Arts Fellowships. Work by masters of fine arts graduates will be on display from April 16 through the summer of 2010, while the bachelor of fine arts exhibition can be seen from Dec. 3-11. The annual Juried Student Exhibition runs from March 26-April 3, and the biennial faculty exhibition is set for Nov. 14-Jan. 23. There’s also an exhibit of cutting-edge graphic design by Chicago-based Rick Valicenti/Thirst Design (Feb. 13-April 3).

Celebrating its 10 anniversary, FAU’s John D. MacArthur Campus in Jupiter is hosting a retrospective of artists who have exhibited at the University’s Art in the Atrium. Retro I is running now through Oct. 23 and Retro II is set for Nov. 4-Dec. 18. Exhibitions are also held in the library, starting with Fe-male Transitions, a multimedia contemporary exhibition by Diane Arrieta and Jackie Kern that can be seen through Oct. 16. 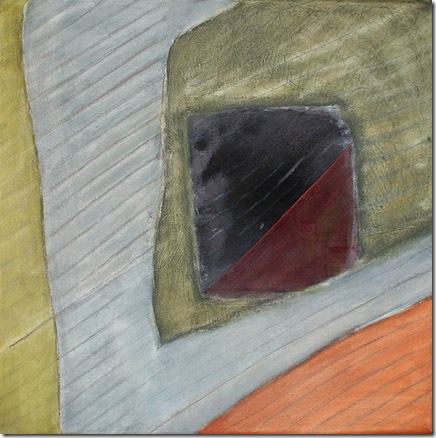 Palm Beach Community College: The gallery at the college’s Eissey Campus in Palm Beach Gardens has a slate of varied and dynamic exhibitions, beginning with a four-decade retrospective of work by photography professor Sherry Stephens and her husband, painting professor Wayne Stephens (Oct. 20-Nov. 25). Art of Ink (Jan.6-Feb 5) will feature Korean-American master Sun Kim and painted scrolls by several artists. And from Feb. 16 to March 26, large ceramic cutting-edge sculptures by Brian Somerville will be coupled with oil paintings by Turkish-born artist Sibel Kocabasi, a recipient of the Hector Ubertalli Visual Arts Award and a Palm Beach Community College instructor.

Art fairs: Throughout the year, major art fairs stop by at the Palm Beach County Convention Center, attracting visitors from all over the globe.

They include Art Palm Beach, formerly known as palmbeach3, now in its 13th year, with contemporary art exhibitions, including photography, video, installation art, public sculpture and design, and an educational lecture series. (Jan. 15-19). It’s the 14th year for the American International Fine Art Fair (Feb. 3-7), a premier fine-art fair that features works from antiquity to contemporary, as well as jewelry and antiques. It is vetted by museum curators and experts and attracts international dealers and collectors. The vernissage preview party on Feb. 2 benefits the Norton Museum of Art.

On Feb. 12, the Palm Beach Jewelry, Art & Antique Fair opens with a preview benefitting the Historical Society of Palm Beach County. In 2009, more than 50,000 people visited the show, which featured more than 200 international dealers showing everything from ancient Greek sculpture and Native American pots to antique furniture. There also were works by Impressionists such as Renoir, and contemporary and 20th-century artists such as painter Milton Avery and sculptor John Chamberlain. (Through Feb. 16).

Art Basel: Indisputably the biggest art event of the season in Florida is Art Basel Miami in Miami Beach (Dec. 2-6). Held in the Miami Beach Convention Center, this massive show of more than 250 leading art galleries from across the globe will exhibit 20th- and 21st-century artworks by more than 2,000 artists. The show floor is divided into special sections: established galleries, Art Nova and Art Positions (new and emerging artists and young galleries) and Art Kabinett (curated exhibitions within ArtBasel). Art Salon and Art Conversations present a platform for leading artists, curators, collectors and museum directors to lecture and discuss the art scene.

Off-site, there are visits to well-known artists’ studios, public performances and sculpture, and from 6 p.m. to midnight, Oceanfront Nights, a collaboration between Art Basel and New York City’s Creative Time that will be hopping with curated nightly art events, concerts, films and performances.

Even if you spend the entire week in Miami, it may not be possible to see everything, as there are more than 22 accompanying art shows, such as Vanguard: New Contemporary Art by GenArt, Red Dot Miami, Art Miami, PULSE Miami, Scope Miami, NADA Art Fair Miami and Design Miami, as well as museum and gallery shows.

[Editor’s note: This post has been updated to remove a notice about an exhibition that has been canceled.]

Film: Playwright August Wilson began his chronicle of the African-American experience throughout the … END_OF_DOCUMENT_TOKEN_TO_BE_REPLACED

Film: Just in time with the opening of movie theaters in Palm Beach County comes the season’s most … END_OF_DOCUMENT_TOKEN_TO_BE_REPLACED

Music: The very last concert Franz Joseph Haydn attended in his life was in March 1808, about a year … END_OF_DOCUMENT_TOKEN_TO_BE_REPLACED