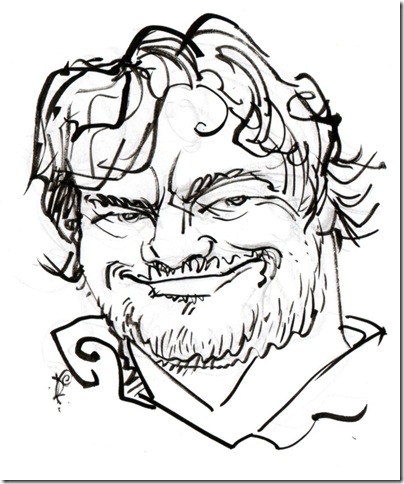 We are willing to look ahead at future film releases, but only as far as the end of the calendar year. Even then, the crystal ball gets fuzzy, as these release dates are highly likely to change as Hollywood strategizes and counter-programs.

Nevertheless, there are bound to be Oscar nominees within these subjective picks of what will hit screens in the next three months (because there were few award-worthy movies in 2010’s first nine months).

Among the A-list directors trawling for statuettes are Eastwood, the Coens and Coppola (well, Sofia at least). And for some reason, there are several films about family members trying to clear the names of their convicted relatives. No, we have no idea why that would be. Still, here is a rundown of what to look for during that small window of time before these are all available on DVD: 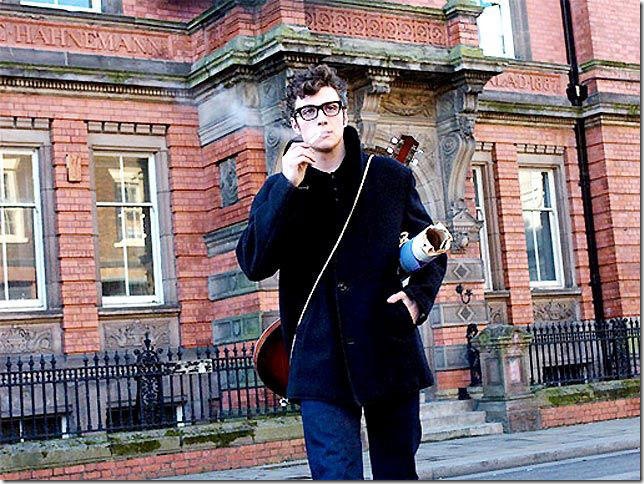 Nowhere Boy (Oct. 8) — In 1955 Liverpool, a young lad named John Lennon (Aaron Johnson) is in search of himself and his musical expression, as two women — his influential aunt and his prodigal mother — clash over him, in this cinematic view of the lead Beatle’s early years.

Secretariat (Oct. 8) — What, you thought Seabiscuit had an interesting history? Wait ’til you see the biography of the 1973 Triple Crown winner, the housewife (Diane Lane) who inherited him and the trainer (John Malkovich) who took him to the winner’s circle.

Stone (Oct. 8) — The acting lessons begin when Robert De Niro and Edward Norton hit the screen as a corrections officer and the scheming inmate who is under his supervision. Norton is a convicted murderer who has to argue his case for parole to De Niro. Hey, you pleadin’ to me?

Conviction (Oct. 15) — Tony Goldwyn directs this tale of a sister’s (Hilary Swank) unwavering devotion to her brother (Sam Rockwell), who has been sentenced to life in prison. So she puts herself through college, then law school, in a quest to have his conviction overturned.

The Company Men (Oct. 29) — Here’s a tale for our times. Ben Affleck is a rising corporate executive who gets laid off in an economic downsizing move, so he has to learn to redefine his life building houses for his brother-in-law (Kevin Costner).

Hereafter (Oct. 22) — Clint Eastwood tosses his hat into the Oscars race with this supernatural thriller, with a screenplay by Peter Morgan (Frost/Nixon), about three people touched and profoundly changed in different ways experiences with death. Matt Damon and Bryce Dallas Howard star as individuals whose belief in the hereafter go through a reassessment. 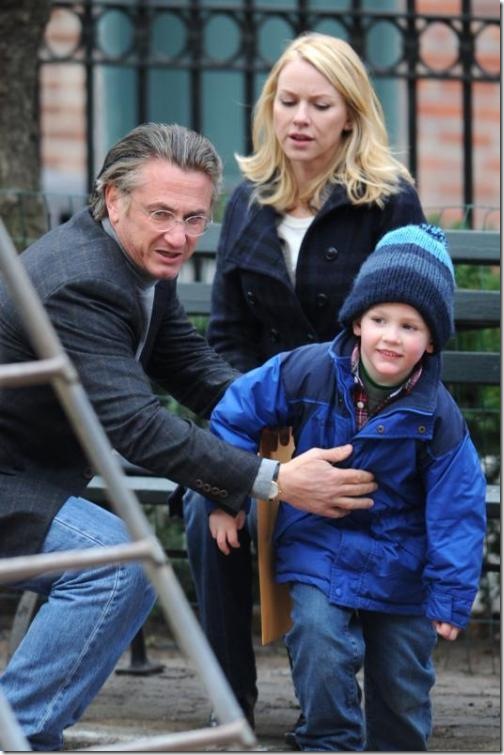 Fair Game (Nov. 12) — Naomi Watts plays Valerie Plame, a CIA agent investigating the existence of weapons of mass destruction in Iraq. When her husband Joe Wilson (Sean Penn) decides to blow the whistle and write a New York Times editorial column, Plame is outed and her life put in danger.

Unstoppable (Nov. 12) — A runaway train carrying toxic chemicals is chased by another locomotive that tries to bring it under control before it derails and spills its deadly cargo. Denzel Washington stars, in a role that sounds awfully similar to the part he played in The Taking of Pelham 123 remake. 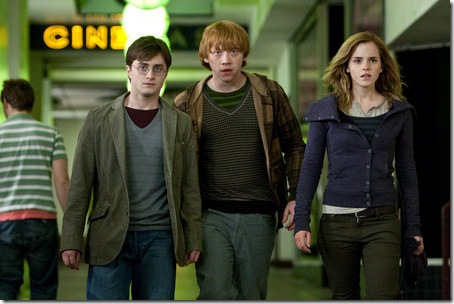 Harry Potter and the Deathly Hallows, Part 1 (Nov. 19) — Harry, Ron and Hermione, before checking into an old age home, head off from Hogwarts to battle the Horcruxes, on their way to a final battle with the Dark Lord, Voldemort. Either to encompass everything in the series’ final novel or just to squeeze every penny they can from the book, the filmmakers have divided this last adventure into two halves.

The Next Three Days (Nov. 19) — A college professor (Russell Crowe) makes a last ditch effort to save his wife (Elizabeth Banks), who was wrongly convicted of murder, plotting to break her out of the prison where she is incarcerated. Hey, that’s what good husbands do. Yes, it sounds hokey, but the movie is directed by Paul Haggis (Crash), so it probably plays better than its synopsis.

The King’s Speech (Nov. 24) — King George VI (Colin Firth), whom history buffs know gained the throne after his brother Edward VIII abdicated, has to learn to be an orator, so he is assigned an Australian speech therapist/vocal coach (Geoffrey Rush), who succeeds so well that he eloquently leads Great Britain into war. (Gee, didn’t George W. Bush do the same without any speaking ability?)

Tangled (Nov. 24) — Disney dips its toe again into the pond of animated musicals with this fractured fairy tale version of Rapunzel and her adventures with a daring bandit. Mandy Moore supplies the voice of the lass with 70 feet of magical golden hair and Alan Menken (Beauty and the Beast) supplies the original score. (Relax, Toy Story 3, the Oscar is still coming your way.)

The Fighter (Dec. 10) — A drama about Irish boxer Mickey Ward (Mark Wahlberg), who works his way up to the world lightweight championship, and his half-brother (Christian Bale), who chooses a life of crime, then goes straight and helps Mickey win the title.

TRON Legacy (Dec. 17) — A follow-up to the first digital live-action film, 25 years ago, in which Jeff Bridges was sucked into a world of computer programs and gladiators. Now, his 27-year-old son investigates his dad’s disappearance and is pulled into that same world. The original movie is generally acknowledged to be ahead of its time, but is the sequel behind the time?

Gulliver’s Travels (Dec. 22) — Your English lit teacher would probably be appalled, but Jack Black has been cast as Jonathan Swift’s oversized traveler. With improvements, of course. This time around, Gulliver is a mailroom clerk who accidentally lands in the Bermuda Triangle and finds that among little people he is a relative giant. 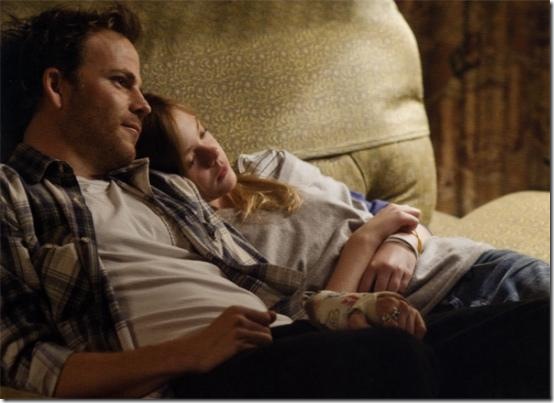 Somewhere (Dec. 22) — Do not be turned off by this plot, which is something about an out-of-control actor (Stephen Dorff) who has to change his lifestyle when his daughter (Elle Fanning) unexpectedly arrives at the Chateau Marmont to stay with him. Yeah, it sounds like it was tailor-made for Dwayne (“The Rock”) Johnson, but we reassessed and got interested when we heard it is directed by Sofia Coppola.

True Grit (Dec. 25) — Joel and Ethan Coen love to defy our expectations, as they do again with a remake of the 1969 John Wayne vehicle about an aging marshal and a 14-year-old girl who travel to hostile Indian territory to track down her father’s killer. That is what the earlier movie was about. Any resemblance to what the Coens make of it — with a cast that includes Jeff Bridges, Matt Damon and Josh Brolin — is likely to be mere coincidence.

Film: Playwright August Wilson began his chronicle of the African-American experience throughout the … END_OF_DOCUMENT_TOKEN_TO_BE_REPLACED

Film: Just in time with the opening of movie theaters in Palm Beach County comes the season’s most … END_OF_DOCUMENT_TOKEN_TO_BE_REPLACED

Music: The very last concert Franz Joseph Haydn attended in his life was in March 1808, about a year … END_OF_DOCUMENT_TOKEN_TO_BE_REPLACED