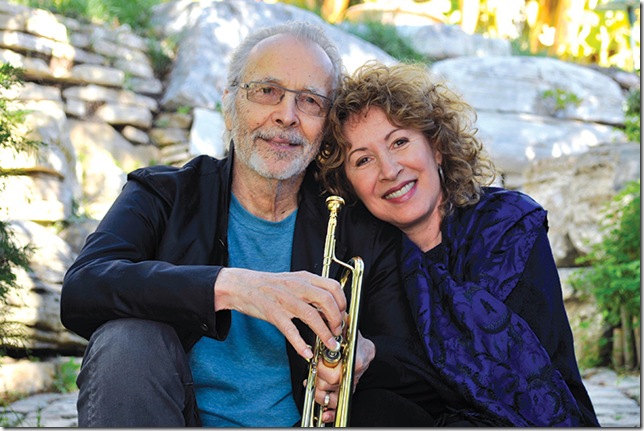 Herb Alpert’s still got it.

At age 80 — 81 as of March 31 — Herb Alpert, the legendary master of trumpet, has been a performer, composer, arranger, songwriter, singer, record producer, record executive, record company co-founder, painter and sculptor.

But the audience that took up nearly every seat at the Mizner Park Amphitheater in Boca Raton this past Sunday night wanted to hear tunes from the songbook of the celebrated Tijuana Brass that Alpert fronted during much of the 1960s and 1970s.

On that chilly March evening, the gallery heard all kinds of songs from Alpert, his vocalist wife of 42 years, Lani Hall, and three other excellent musicians — Bill Cantos on keyboard and vocals, Michael Shapiro on percussion and Hussain Jiffry on electric bass.

The show was the third performance of the weekend for Festival of the Arts Boca, which moved into its lecture series mode Monday night.

Clearly, Sunday’s audience found all the genres from Alpert & Co. entertaining. But they seemed to have a yen for Tijuana tunes — bouncy, up-tempo songs popularized by lots of trumpet harmony, marimba notes and heavy percussion.

Alpert aimed to please as he offered bits, pieces and some full tunes from the TJB years, including “Tijuana Taxi,” “A Taste of Honey,” “Whipped Cream” and “Mexican Shuffle,” a song Alpert rewrote as the “Teaberry Shuffle” for a chewing gum commercial in 1965. He rounded it out with 1979’s “Rise,” from his trumpet solo years.

Perhaps the loudest applause rocked the amphitheater as Alpert played the haunting, first few notes of “Lonely Bull,” a poignant trumpet refrain about a solitary steer in a stark Mexican bull ring. The tune was a raging success and launched both the Tijuana Brass and A&M Records, the company founded by Alpert and businessman Jerry Moss in Alpert’s garage in 1962.

Lani Hall wasn’t far from the Tijuana Brass. She spent five years as lead singer for Sergio Mendes and Brazil ’66, the group signed by A&M in … well, in 1966. With her softly soaring soprano voice, she offered a set from that group’s heyday, including “The Look of Love” and a funky rendition of the Beatles’ “Fool on the Hill” that put the troupe on the map.

For the Boca audience, she covered Peggy Lee’s “Fever,” with an equal amount of heavy breathing. Alpert later joined in the vocal. With just piano accompaniment, Hall offered her own version of “Up on the Roof.”

The trumpet is still very, very good to Alpert, and vice versa. His notes are clear, the songs excellent and the memories sublime. Before singing his hit vocal, “This Guy’s in Love With You,” he told how he asked songwriters Burt Bacharach and Hal David to write a tune that he could sing, with his limited vocal range. They came up with the aforementioned song which went on to become a hit.

However, Alpert went to the well again and asked Bacharach and David for a second “singable” tune. They came up with “Close to You,” something Alpert said he tried, but failed, to properly commit to vinyl. Soon after shelving his version, he offered it to two newcomers to A&M — Karen and Richard Carpenter — who blew the tune away.

The trumpet master also performed “Come Fly With Me,” the title tune from his newest album. 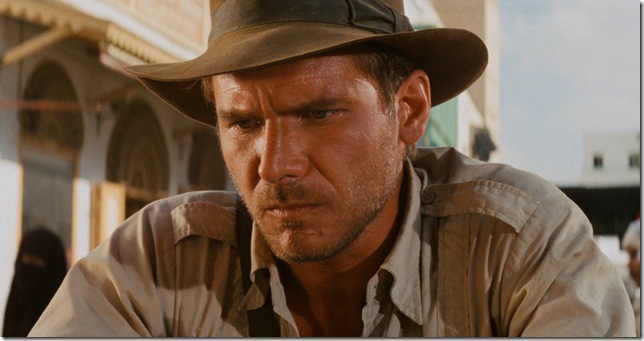 The Festival of the Arts Boca solidly kicked off its 10th anniversary season Saturday when a near-capacity crowd gathered for a showing of Raiders of the Lost Ark, the 1981 film that introduced the character of Indiana Jones (Harrison Ford) to audiences who still follow him 35 years — and a total of four movies — later.

For this performance, the musical track was wiped from the film and added live by the 100-piece Henry Mancini Institute Orchestra from the University of Miami’s Frost School of Music, led by Constantine Kitsopoulos, the festival’s resident conductor since its beginning.

The combination was an obvious crowd-pleaser, with the audience reacting with applause, cheers and, in the end, a standing ovation for the daring archaeologist known for the high-crowned, wide-brimmed sable fedora that he wears in virtually every scene of all four movies.

John Williams wrote the music for Raiders of the Lost Ark. It was the only score in the series performed by the London Symphony Orchestra, the same group that created the music for the Star Wars saga. Williams’ well-known “Raiders March” has come to symbolize Indiana Jones and his exploits, and is performed in all four of the movies.

The audience at Mizner Park applauded wildly when Ford first appeared on the screen. Also drawing cheers were Indiana’s familiars — Karen Allen as his former paramour Marion Ravenwood, John Rhys-Davies as Sallah, Denholm Elliott as Marcus Brody and Alfred Molina (in his first movie role) as Satipa, one of Indy’s guides at the start of the movie. George Harris appears as Katanga, perhaps a nod to the same-named villain in the 1971 James Bond film, Live and Let Die.

The plot of Indiana Jones’ first screen adventure is fairly simple: Prevent the Ark of the Covenant, the box containing the original 10 Commandments, from falling into the hands of the Nazis.

Many Indiana in-jokes were created during this film, including his loathing for snakes, his appreciation for a leather jacket and fedora and his brash brand of courage. The character would grow in later films, but “Raiders” provided Ford with a good start. It also links “Raiders March” indelibly to the character often seen flying off into the sunset in a 1930s-era plane.

Film: Playwright August Wilson began his chronicle of the African-American experience throughout the … END_OF_DOCUMENT_TOKEN_TO_BE_REPLACED

Film: Just in time with the opening of movie theaters in Palm Beach County comes the season’s most … END_OF_DOCUMENT_TOKEN_TO_BE_REPLACED

Music: The very last concert Franz Joseph Haydn attended in his life was in March 1808, about a year … END_OF_DOCUMENT_TOKEN_TO_BE_REPLACED