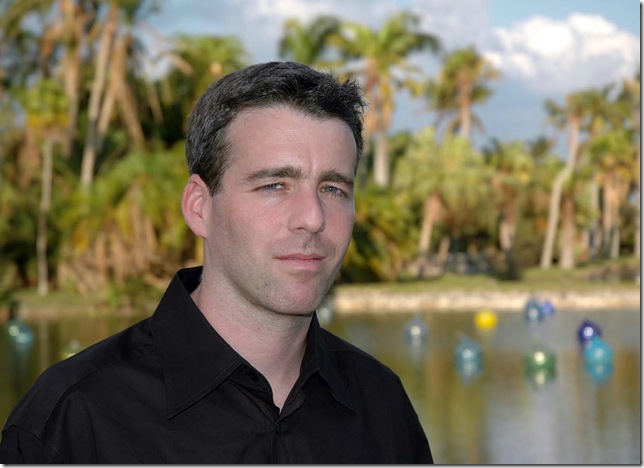 Almost 10 years have passed since the publication of Michael Grunwald’s groundbreaking first book, The Swamp: The Everglades, Florida, and the Politics of Paradise, which was greeted as the most important — and readable — book on the subject since Marjory Stoneman Douglas’s classic, River of Grass.

But today Grunwald has one regret: Climate change.

“There is climate change in the book, but not enough of it,” Grunwald said recently in the lobby of the Betsy Hotel, not far from his home in Miami Beach. “The day that President Clinton signed the Everglades restoration bill in 1999, he told staffers ‘If we don’t do something about global warming, the Everglades will be history.’”

Yet Grunwald, who appears at the Festival of the Arts Boca on Thursday, sees much good news on climate since Barack Obama took office in 2008.

“Spending on alternative energy has increased 2,000 percent,” Grunwald says. “Wind power has tripled under Obama. The first 200,000 electric cars are on the road. Clean technology is advancing at a fast clip.”

Before a current story in Politico about Jeb Bush, Florida governor when the restoration bill, and its $8 billion budget, went into effect, Grunwald had not written about the Everglades since the time The Swamp came out. Now he finds too little has changed.

The main purpose of the restoration project is to restore adequate amounts of high-quality water flow to the Everglades and South Florida. After 15 years, he says, no water has been moved. 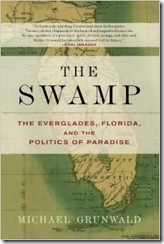 “It’s big in the news again,” Grunwald says. “A lot of the same questions remain. But the water quality has grown better. It’s slowly trending in the right direction.”

Grunwald’s Politico piece on the Everglades and Jeb Bush is tough on the aspiring presidential candidate, but fair.

“Bush has a mixed record on the Everglades,” Grunwald says. “He was very committed to the project, but he didn’t favor the environment over economic interests.”

In the article, Grunwald reports that Bush was not anti-environment, spending freely to get the project started. Yet, he routinely sided with Big Sugar and other business interests.

“Bush has a better reputation with the Everglades than he deserves,” Grunwald says.

Grunwald did not have a chance to meet Marjory Stoneman Douglas, who died a mere two years before he started work on his book. The remarkable pioneering Miami journalist lived to be 108.

“Her book is super-important,” Grunwald says. “She was 60 when she started it, and she found just the right people to talk to. While working on my book, I felt her looking over my shoulder.”

Swamp was Grunwald’s first book. His second, The New New Deal: The Hidden Story of Change in the Obama Era, came out in 2012. It’s an analysis of the Obama administration through the lens of the $800 million stimulus bill the president pushed through Congress in the first year of his first term.

Interviewing more than 400 sources, Grunwald argues that the stimulus is the most important economic legislation since the New Deal, Franklin Roosevelt’s program to combat the Great Depression. Grunwald says the stimulus, also known as the American Reinvestment and Recovery Act, not only reversed the great recession that began under George Bush, and halted the astonishing loss of jobs. It also laid the foundation for the future.

The stimulus, Grunwald says, was a broad spectrum spending bill that pushed the country into clean energy, health care, scientific research, transportation and education. Devised by Obama and a team led by Treasury Secretary Timothy Geithner, the stimulus was opposed by many Republicans and some Democrats, and it has generally been considered inadequate, if not an outright failure.

The opposite is true, Grunwald says.

“The stimulus created jobs, boosted growth, and saved us from a much worst fate,” Grunwald says. “It’s been judged a failure, a joke. But the facts are on Obama’s side. The stimulus was a transformative, and it will leave a positive legacy.” 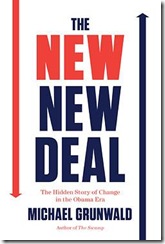 Although The New New Deal received some negative reviews, most were soundly approving.

The Economist, for example, a conservative British magazine and no special friend to Obama, wrote, “‘The New New Deal’ is the most interesting book that has been published about the Obama administration. Even Republicans should read it.”

Despite the specter of climate change and sea level rise in Miami Beach, Grunwald loves his Florida life. While working on The Swamp, he “met a Florida girl and dragged her off to D.C.”

The “girl,” lawyer Cristina Dominguez, persuaded him to move back to Miami after a couple of years. They married, and now have two small children.

Grunwald grins. “I’m the idiot who wrote a Florida book while living in Washington, and then moved here to write a D.C. book.” Then he gets on his bike and glides away toward home.

Michael Grunwald speaks at the Festival of the Arts Boca at 7 p.m. Thursday in the Cultural Arts Center, Mizner Park. Tickets start at $25. Call 866-571-2787 or visit www.festivaloftheartsboca.org.

Film: Playwright August Wilson began his chronicle of the African-American experience throughout the … END_OF_DOCUMENT_TOKEN_TO_BE_REPLACED

Film: Just in time with the opening of movie theaters in Palm Beach County comes the season’s most … END_OF_DOCUMENT_TOKEN_TO_BE_REPLACED

Music: The very last concert Franz Joseph Haydn attended in his life was in March 1808, about a year … END_OF_DOCUMENT_TOKEN_TO_BE_REPLACED