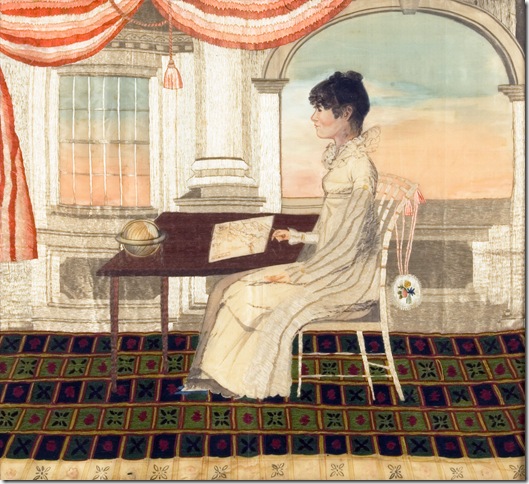 An ongoing exhibition at the Society of the Four Arts tells the story of how the golden era of Charleston, S.C., came and left, while its fruits went everywhere.

An Eye for Opulence: Charleston through the Lens of the Rivers Collection consists of more than 200 mahogany furniture pieces, silver objects and fine art representing the city’s enviable prosperity during the Colonial and Federal periods. A selection of this nature and magnitude had never been shown outside the city until now, said Brandy Culp, curator at the Historic Charleston Foundation, on a recent afternoon.

Before spreading out to the rest of the country, being bought by collectors and attributed to other cities, these luxurious possessions belonged to Charleston’s elite. John M. Rivers Jr. aimed to recapture and preserve that lost heritage when he started collecting in 1988. The result of his efforts, combined with objects from the Gibbes Museum of Art, the Historic Charleston Foundation and other institutions, is now on display through Jan. 10. 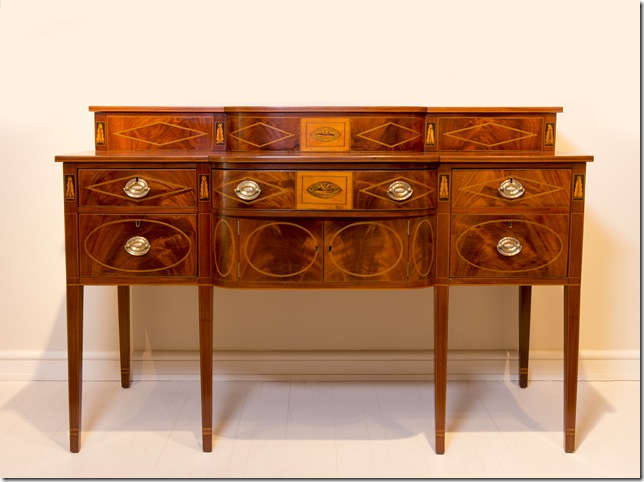 The pieces, once the pride of the city’s white residents, appear chronologically and in such a way that paintings hang next to armchairs, and those next to engraved silver goods. This makes the show’s volume hardly felt and the sequence of appearance less predictable.

One of the highlights is the Secretary With Linen Press attributed to Jacob Sass. One look at it and we understand the quote by Rev. Johann Martin Boltzius included in the show: “the splendor, the lust, and opulence there has grown almost to the limit.” The heavy mahogany piece boosts a full serpentine façade, small storage drawers, pigeon holes for letters and even a hidden compartment that Culp is more than happy to unveil.

This is one of two case pieces from Charleston documented as having such a pricey treatment. Shipping it for the exhibition was a work of art in itself, according to Culp. It also has one of those back stories that makes one rush to the nearest Salvation Army looking for lost treasure: Its companion piece, a linen press, was found at a North Carolina Ford dealership. 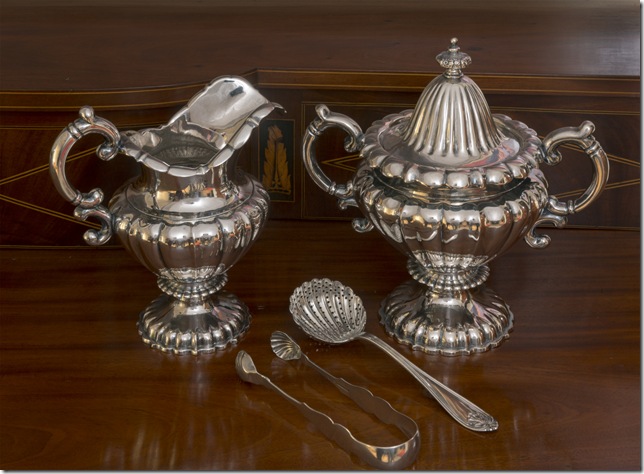 Copying practices, coupled with the neglect these objects were subjected to for many years, have made tracking their origins extremely difficult, Culp explains as she points to two side chairs that are nearly identical. One was attributed to New York while the other originated in Charleston. The stylistic similarities make it impossible to tell which is which. 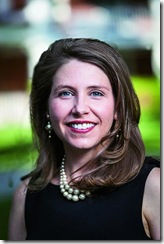 Acquiring such precious property was the fastest way to gain social status. When local shops and furniture makers no longer satisfied the appetite, skilled craftsmen from Europe and other parts of the country responded to the call, bringing different trends and styles.

The inclusion of a handmade basket in this sea of shiny elements seems odd at first. It is one way of admitting the role slavery played in this colony’s success story. As Culp explains it, despite its humble quality, the basket is part of Charleston’s “material legacy.” Baskets like this one sport weaving techniques known to slaves using the natural resources found. They exemplify the marriage of a culture born into and a culture forced into.

Maps and city views lead the way to the east gallery, which begins to mark a shift in taste as well as in the economy. Natural disasters, poverty and competition contributed to the end of the port city’s Golden Age before the Civil War even began.

Despite the unique opportunity An Eye for Opulence presents, there is one additional treat housed in the north gallery. There, contemporary works by sculptor Grainger McKoy, silversmith Kaminer Haislip, and artists Douglas Balentine and Jonathan Green project an optimistic message.

Their works prove that the city that once stood as a symbol of culture and art continues to inspire.

An Eye for Opulence: Charleston Through the Lens of the Rivers Collection runs through Jan. 10 at the Society of the Four Arts, Palm Beach. Admission to the gallery is $5. Hours: 10 a.m. to 5 p.m. Monday through Saturday; 1 p.m. to 5 p.m. Sunday. Call 655-7226 or visit www.fourarts.org for more information.

Film: Playwright August Wilson began his chronicle of the African-American experience throughout the … END_OF_DOCUMENT_TOKEN_TO_BE_REPLACED

Film: Just in time with the opening of movie theaters in Palm Beach County comes the season’s most … END_OF_DOCUMENT_TOKEN_TO_BE_REPLACED

Music: The very last concert Franz Joseph Haydn attended in his life was in March 1808, about a year … END_OF_DOCUMENT_TOKEN_TO_BE_REPLACED