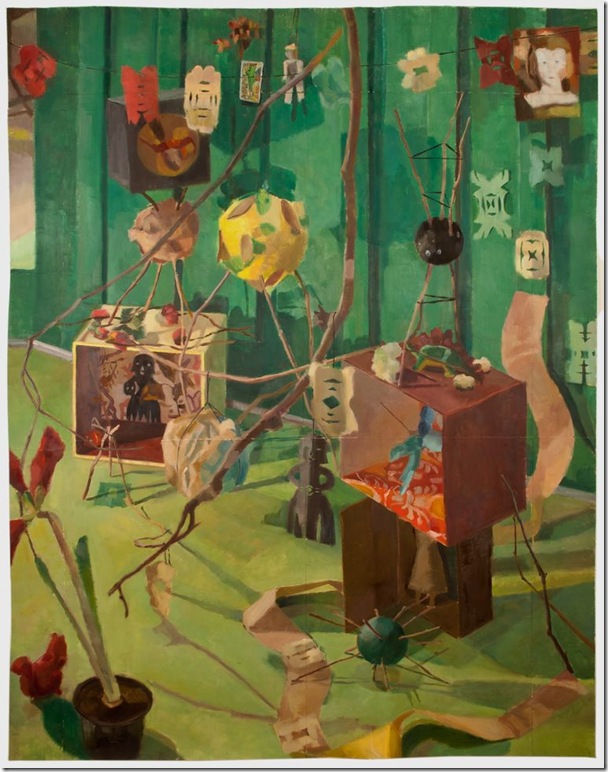 Ellen Liman has been following the career of the young Emily Zuch since she saw her work during the New York Studio School Masters exhibit.

The exhibit contains more than 40 of Zuch’s paintings, pen-and-ink drawings and mixed-media collages. Three of them are colorful and enormous floor-to-ceiling oil paintings that were done on Stonehenge 90-lb. fine art paper, rather than on stretched and mounted canvas. These long sheets of paper have been pieced together and this adds a sculptural quality.

She doesn’t begin with one size. “I change the proportions as I work,” Zuch said. 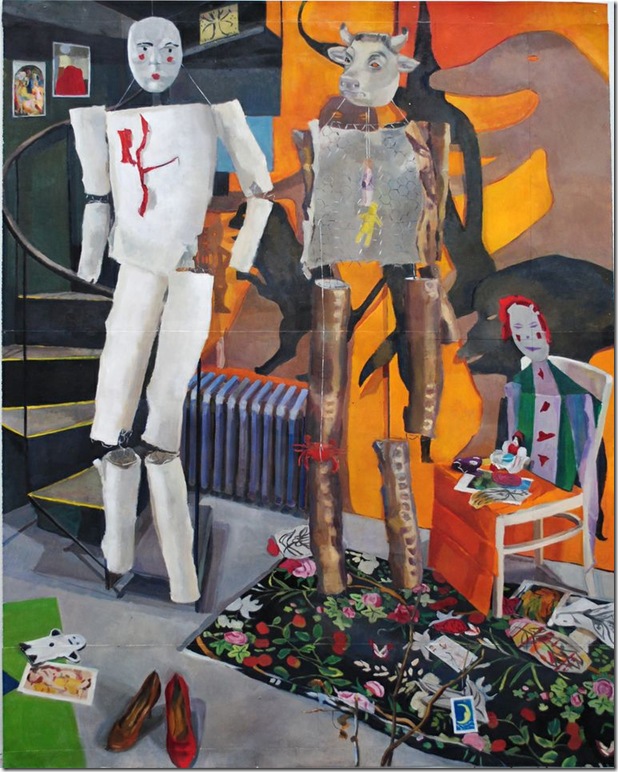 Zuch creates an imaginary world in her paintings much like Dana Schutz, who is one of the artists that inspires her. Liman also compared Zuch to Schutz.

“I saw the Dana Schutz exhibit last year at the Neuberger Museum in New York and when I saw Zuch’s work I immediately saw similarities.” (PBAP covered that Schutz exhibit when it came to Miami: http://bit.ly/10f7rWA ) 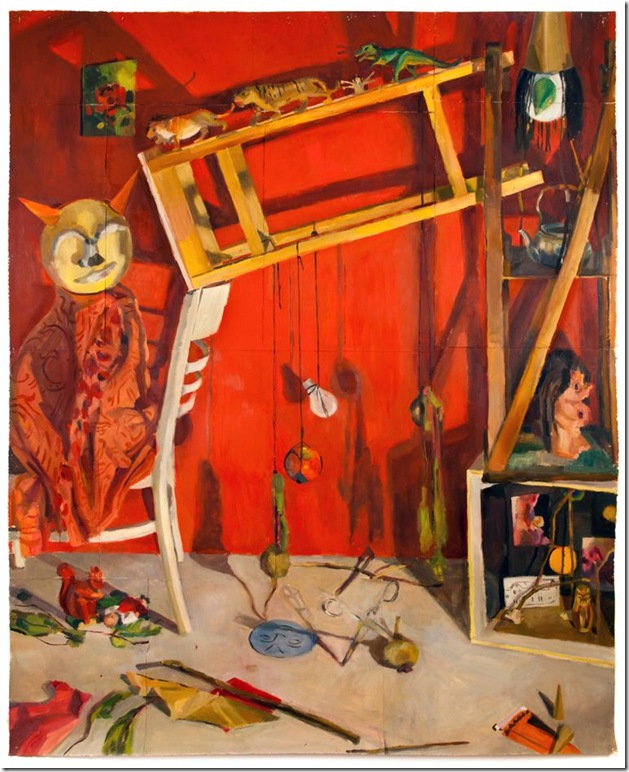 Yet while both Schutz and Zuch create their own imaginary worlds. Zuch’s work goes further in the sense that she works not only from her own imagination but from real-life scenes she creates in her studio. This is evident in Witches House (2010), a floor-to-ceiling painting that depicts a childlike fort constructed of chairs, tables, children’s toys and bric-a-brac.

“I create installations in my studio because I love painting from life,” Zuch said. Referencing the title of the show, she added, “The idea is that everything is artificial. It’s all built by me to create a fake world in my studio.” 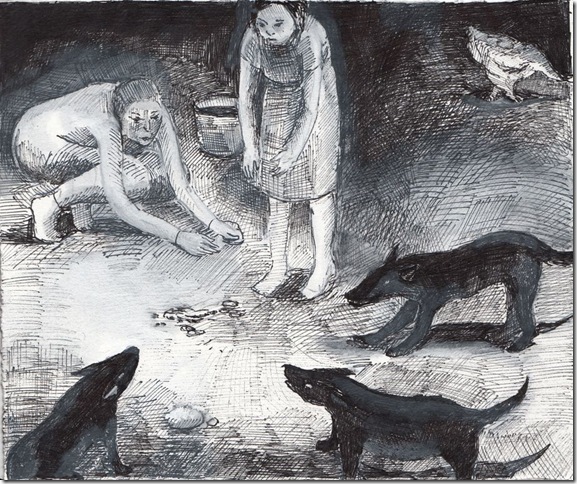 Zuch’s small drawings are equally imaginative and pen, ink and white-out drawings such as Play (2011), bring to mind the work of Edward Gorey, another artist Zuch admires. Her mixed-media collages are playful and colorful, but in all her work there’s an element of foreboding. Looking beyond the whimsical colors and toys, there are disturbing and out-of-place elements like the large red gash in the heart region of the figure in Imaginary Friends (2011).

Zuch, 27, was born in Chappaqua, N.Y., and now works from her studio in Brooklyn. She received her bachelor’s in fine arts at Maryland Institute College of Art in 2008 and her master of fine arts from New York Studio School in 2011, the same year she received the Hohenberg Travel Award. She’s attended residencies at Chautauqua, the Woodstock Byrdcliffe Guild, Vermont Studio and Kimmel Harding Nelson Center for the Arts.

“Zuch’s work is unique because she’s technically well-schooled, but very edgy and psychological. She has great depth and she knows both her craft and her subject matter,” Liman said. 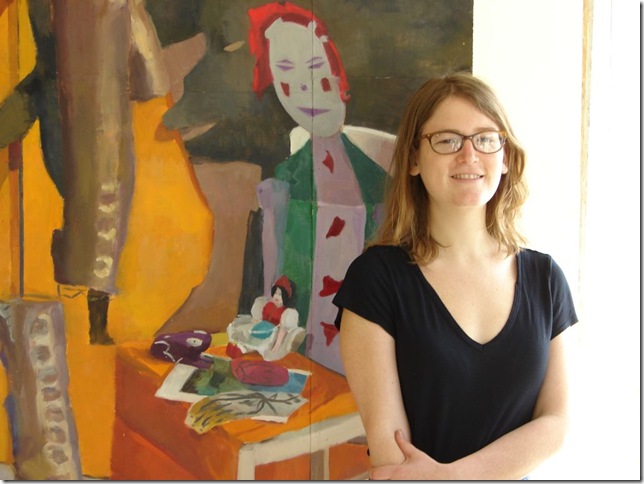 Emily Zuch: The Land of Fake Nature is on view at the Liman Gallery until March 16. The gallery is open during season Tuesday through Saturday from 11 a.m. until 5 p.m., or by appointment, and is located in the Paramount Building at 139 N. County Road, Palm Beach. For more information, call (561) 659-7050 or visit www.limangallery.com.

Film: Playwright August Wilson began his chronicle of the African-American experience throughout the … END_OF_DOCUMENT_TOKEN_TO_BE_REPLACED

Film: Just in time with the opening of movie theaters in Palm Beach County comes the season’s most … END_OF_DOCUMENT_TOKEN_TO_BE_REPLACED

Music: The very last concert Franz Joseph Haydn attended in his life was in March 1808, about a year … END_OF_DOCUMENT_TOKEN_TO_BE_REPLACED