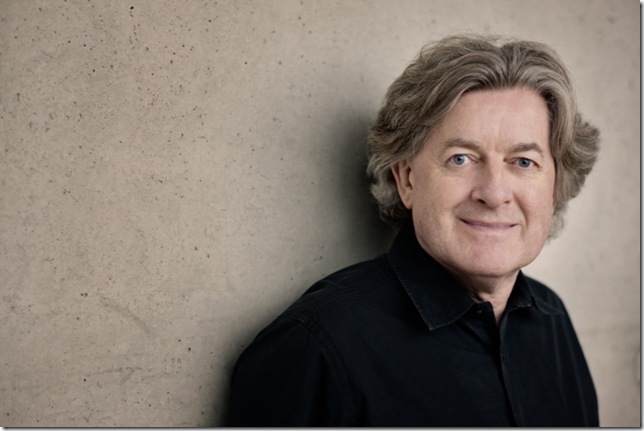 One of the benefits of a smaller orchestra is that music of the early 19th century can sound lean and mean if the players and conductors enter into the spirit of the thing.

And that’s precisely the way the Symphonia Boca Raton closed its 10th season Sunday at the Roberts Theater in Boca — with gritty, energetic readings of works on a meat-and-potatoes program led by James Judd, who conducted many of these same musicians when he was director of the Florida Philharmonic.

The featured soloist on this program was the Symphonia’s artistic director, trumpeter Jeffrey Kaye, who performed one of the staples of the repertoire, the Trumpet Concerto of Franz Joseph Haydn. A genial person who makes a point of talking to the audience at most concerts, from the stage and in the lobby, Kaye brought an added air of celebration to the Symphonia on Sunday afternoon.

The Haydn concerto, lightly but cannily scored, is ideal for letting the trumpet speak, and Kaye’s big, crisp sound works admirably well with it. This was particularly true of the outer movements, which he played with verve, presence and mastery, aside from an inadvertent theme slip-up in the early going of the first movement, and a messy cadenza later on. He offered a lovely range of new colors in the second movement, adding warmth and roundness to the music without losing any of its virility.

It was a fine reading of this classic concerto, and the orchestra under Judd was nimble, engaged and precise, handling the speedy finale tempo with confidence and fire.

The other major work on the program was the Symphony No. 2 (in C, Op. 61) of Robert Schumann. Here, too, the orchestra played with full commitment, apparently happy to be taking a journey through this piece, which hasn’t turned up much on local programs in recent years. Played the way the Symphonia did it Sunday put the lie to the old calumny that Schumann didn’t know how to orchestrate: Everything sounded fresh, fiery and powerful, and reminded me, at least, of what a treasure the four Schumann symphonies are in general.

The symphony got off to a shaky start in the brasses, which was unfortunate, but that turned out to be the low point of the performance. From there on, the first movement was played with muscle and admirable ensemble. Judd repeatedly stressed the vigorous aspects of this music, and the Symphonia responded.

In the famous second movement, the little ritard in the main theme was not quite successful (though Schumann calls for it), but even so, the orchestra didn’t lose any of its unity. This was a vigorous, exciting reading of the scherzo, followed by a lovely rendition of the third movement. Judd’s approach was relatively chaste, and a bit more Romantic sighing would have been welcome; nonetheless, it was beautiful.

The Symphonia showed no signs of loss of strength in the finale, and Judd made sure the climaxes were big throughout, but also saved his biggest firepower for the end, building surely from the beginning of the movement to the end, with its final timpani solo hammered out in gigantic style. The whole symphony had such a strong feeling of athleticism and joy, and was so carefully prepared, that it fairly flew by, especially with each section of the orchestra giving so much to the overall texture.

The concert opened with another C major piece in much the same exuberant style: The Leonore Overture No. 3 (Op. 72b) of Beethoven. Again, the Symphonia sounded far bigger than its actual size, opening with a huge G that immediately indicated the kind of breadth Judd would be shooting for. And his conducting here was exemplary: there are many tricky parts of this overture to coordinate, but they blended into each other without a ripple.

After the slow and dramatic introduction, the first violins sneaked in with the main theme beautifully, so that the listener wasn’t aware for a split second that the bulk of the journey had begun. Ensemble was basically spotless, and the musicians paid the closest attention to what their conductor wanted to do, notably in the sudden dynamic drop as the offstage military trumpet calls are heard.

But the best part was that wonderful cascade of slowly building scales that comes just before the coda, the strings tearing through them with abandon and driving up a giant head of steam before the explosive final minutes of the piece.

It was a pleasure to see Judd again at the podium, and no doubt his familiarity with these players aided him in getting across such a forceful sonic argument. But there was also something in his work Sunday afternoon that had a major-orchestra orientation. One forgot that the Symphonia is a chamber orchestra, and for most of the music-making, one forgot that the Florida Philharmonic is no longer with us.

Film: Playwright August Wilson began his chronicle of the African-American experience throughout the … END_OF_DOCUMENT_TOKEN_TO_BE_REPLACED

Film: Just in time with the opening of movie theaters in Palm Beach County comes the season’s most … END_OF_DOCUMENT_TOKEN_TO_BE_REPLACED

Music: The very last concert Franz Joseph Haydn attended in his life was in March 1808, about a year … END_OF_DOCUMENT_TOKEN_TO_BE_REPLACED