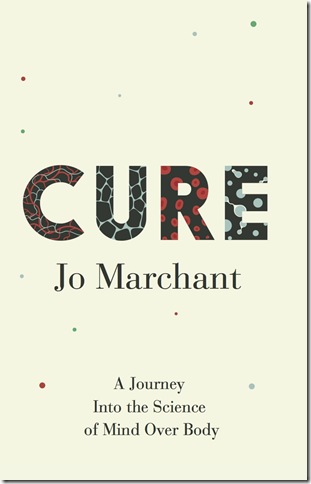 Placebo-controlled medical trials “have been one of the most important developments in medicine, allowing us to determine scientifically which medicines work and which don’t, saving countless lives in the process,” writes Jo Marchant in this compelling new book.

Researchers commonly test the efficacy of new drugs by dividing patients into two groups. One group receives medicine, while the other receives a fake pill. Patients do not know which group they are in, but studies have shown that those who take the placebo often do as well as those who receive real medicine. “If a promising therapy is shown to be no better than [a] placebo, it is thrown out.”

Although nearly 40 percent of Americans use some form of complementary or alternative medicine, the U.S. National Institutes of Health spends less than 0.2 percent of its $30 billion annual budget testing mind-body therapies.

The author cites studies about meditation’s positive effect on the brain while noting there is no evidence that it can cure disease. She describes the case of a British man, Gareth Walker, who was diagnosed with multiple sclerosis and then found pain relief through daily meditation. Although he feels much better, he still has MS.

Marchant says her study persuaded her that the regular practice of mindful meditation “has the potential to change both our minds and our brains.”

Since late in the last century, doctors have aggressively pursued the goal of pain relief, while sometimes ignoring the serious side effect of pain pill addiction. Pharmaceutical companies make millions of dollars from the sale of pain relief pills and thus have no interest in promoting alternative therapies.

In a chapter titled “Fountain of Youth: The Secret Power of Friends,” the author details the negative impact on health of social isolation, which is as harmful as smoking and drinking. Those who live alone typically die younger than those who have friends and relatives in their lives.

The most provocative chapter may be “Looking for God: The Real Miracle of Lourdes,” the site in France where a 14-year-old girl claimed to have had visions of the Virgin Mary in 1858. Since then, millions of seriously ill pilgrims have visited Lourdes hoping for cures. Marchant spent time at the site in an effort to gain a better understanding of its allure and alleged miracles. 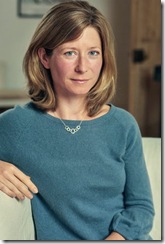 Since 1858, more than 7,000 visitors to Lourdes have reported cures of ailments, including tuberculosis, blindness and cancer. A committee that investigates the claims says it can verify 69 such cures as miracles. Marchant decided to look into a case involving a man who claimed that his cancer disappeared after a visit to Lourdes. She presented the man’s medical records to a cancer expert, who concluded that the man, in fact, did not recover from a deadly cancer, but from a milder form that was treatable.

Of course, that does not mean that no miracles have occurred at Lourdes, but scientists and others are skeptical.

The book’s main thesis, as the subtitle suggests, involves the power of mind over body. “The striking thing about Lourdes … is that cured or not, everyone I talk to here feels that they have experienced a miracle,” Marchant says.

She cautions that religious belief can manifest a dark side. People who believe in an angry, judgmental God suffer ill health more than those who honor a benevolent God.

Research shows that psychological factors can alleviate symptoms such as pain and suffering, but cannot cure physical ailments. In fact, people who reject proven medicine risk their lives.

A scrupulous researcher and energetic writer, Marchant fairly presents both sides of debates about science-based medicine versus techniques such as meditation that impact the mind and the brain.

Film: Playwright August Wilson began his chronicle of the African-American experience throughout the … END_OF_DOCUMENT_TOKEN_TO_BE_REPLACED

Film: Just in time with the opening of movie theaters in Palm Beach County comes the season’s most … END_OF_DOCUMENT_TOKEN_TO_BE_REPLACED

Music: The very last concert Franz Joseph Haydn attended in his life was in March 1808, about a year … END_OF_DOCUMENT_TOKEN_TO_BE_REPLACED