Perhaps some were thinking of their own daughters, pre-teen rebellion, and others of their granddaughters, out of touch in distant states.

Doubtless most had happier ideas in mind, though one thing was clear: The appearance Saturday of Jackie Evancho on the final night of this year’s Festival of the Arts Boca turned an audience of concertgoers into proud, teary parents.

The 10-year-old poperatic sensation from America’s Got Talent waved excitedly at the crowd with both hands, and they leaned closer to the stage and waved right back. She beamed after finishing her arias, squeezing her arms close to her ivory dress in best aw-shucks style, and the audience jumped to its feet and roared its approval.

It was an unusual, emotional night at Mizner Park, and one that offered a healthy display of young operatic talent outside the celebrity wattage of the petite, golden-haired Pittsburgh tween. Evancho was the special attraction on a concert that also featured four rising singers who took the big crowd through some of the most familiar selections from the operatic repertoire, and did so impressively. 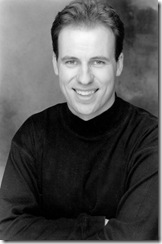 The Boca Raton Symphonia, which appeared in the earliest iterations of this five-year-old festival, was the house band for the evening (called A Night at the Opera) under the able direction of Constantine Kitsopoulos. The five singers alternated appearances in Whitman’s-sampler style, separated by three overtures from Italian opera and the entr’acte from Act IV of Bizet’s Carmen.

Most of the music was amplified, which gave it a slightly unrepresentative sound, but there was enough good vocalism there to be encouraged about the future of opera in North America.

All four of the adult singers gave one or more excellent performances, which in that sense made them relatively equal. Each of these voices was large and powerful, perhaps none more so than the Canadian tenor John Tessier.

Tessier’s voice is one of those lyric tenors with a cutting, thrilling vocal edge that makes it stand out immediately on stage. His Ah, mes amis, quel jour de fête, from Donizetti’s La Fille du Régiment, showed a voice that had no difficulty at all hitting the aria’s legendary nine high C’s, even to the point that he was able to sing the first eight at mezzo-forte, with a sense of plenty of muscle to spare.

His second appearance, also in music by Donizetti – Una furtiva lagrima, from L’Elisir d’Amore – demonstrated that he can sing with full-blooded warmth as well, spinning out rich lines of song with apparent ease and textual sensitivity. The audience loved this performance, as they did Tessier’s duet with baritone Michael Todd Simpson, in which the two men’s voices blended beautifully for Au fond du temple saint, from Bizet’s The Pearl Fishers. 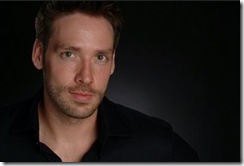 Simpson was an audience favorite, first for his funny, but not overdone, reading of the Largo al factotum from Rossini’s Barber of Seville, and even more for his swaggering, aggressive take on the Toreador Song from Carmen. Simpson has a dark, full voice with a strong lower register, often a point of treachery in the verse for the Toreador Song, but not here: all the notes spoke solidly, and well.

Mezzo-soprano Jennifer Holloway also scored with the Habanera from Carmen, for which her large voice was well-suited; she didn’t play much with the notes, as mezzos often do in this aria, but it was every bit as effective. Her work in Mozart was also quite fine, with a strong Non so piu cosa son from Le Nozze di Figaro early on, and then best of all, a charming duet with Simpson in La ci darem la mano, from Don Giovanni.

Opera producers often like a lighter voice type for Zerlina than Holloway’s, but the benefit of using a fuller voice like hers is the element of mature seduction that she can get across, rather than the sound of an innocent abroad in a dangerous new land. 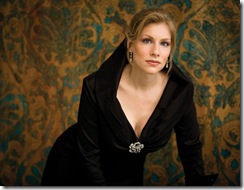 Katie Van Kooten, an American soprano who has studied and worked in London, is a singer with a huge, commanding voice who would make an excellent Musetta for La Bohème. As it happens, she sang Puccini: Magda’s song (Chi il bel sogno di Doretta) from La Rondine, an increasingly popular selection as this opera continues to make inroads into the repertory. She almost oversang the first high notes, but in sum this was a fine, intense performance.

Her second appearance was even finer, with a beautiful, high-floating tour of Song to the Moon, from Dvorak’s Rusalka. Van Kooten has plush, orchestra-swamping vocal power to spare, a quality that suggests that she could handle the most demanding roles in the repertoire.

For its part, the Boca Symphonia did its job admirably and well, accompanying capably and giving crisp performances of the overtures to Verdi’s Nabucco and Rossini’s Barber of Seville and L’Italiana in Algeri (this last a wise mood-changing switch from the originally scheduled Intermezzo from Mascagni’s Cavalleria Rusticana). They also proved suitably emotive in the Intermezzo from Puccini’s early Manon Lescaut, with good work from cellist Christopher Glansdorp, violist Scott O’Donnell and violinist Misha Vitenson. 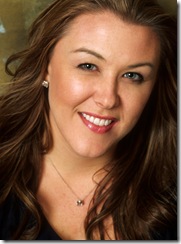 Then there was Evancho herself, the headliner of the night. She sang five pieces, part pop, part classical, including the Puccini aria – O mio babbino caro, from the one-act Gianni Schicchi – that made her name on America’s Got Talent. In its pre-mature stage, it is a pretty voice with a haunting alto quality that makes it sound like the property of someone much older, as well as something otherworldly.

Evancho does not have a lot of breath control, since her adult lungs haven’t arrived, and she has to gulp air repeatedly to sing the longer lines that will come easily to her a few years from now. But she clearly has a good ear, and even when she ran into some vocal trouble, she managed to stay on pitch and keep the basic purity of her tone production intact.

All five of her songs were arranged by pop master David Foster, and for most of them an added piano part, heavily miked, was prominent. She looked always to Kitsopoulos for her cues, followed them strictly, and then delivered, with the slightly awkward hand and arm movements that endear her to listeners, and which turned into forceful pulls to her sides at moments of high drama.

She was most effective in the two lighter selections: Lovers, from Shigeru Umebayashi’s score for Zhang Yimou’s 2004 costume actioner House of Flying Daggers, and All I Ask of You, from Andrew Lloyd Webber’s musical Phantom of the Opera. In both, her dark lower register added real loveliness to music of derivative sweetness, and she sang them persuasively.

Her Ombra mai fu, from Handel’s opera Serse, showed that she is able to sing with evenness across the course of a song, and her terminal high note (an F, I think) was full and steady. O mio babbino caro, as expected, drew huge applause, and she sang this arrangement (down a whole step from the original) reasonably well.

Evancho reappeared at the close of the show for Puccini’s Nessun Dorma, from Turandot, normally an aria for a tenor. This is not a particularly good choice for this girl’s voice, and she struggled through it, rebounding in true trouper style with an added three-note flourish for the final chords.

Jackie Evancho is a most fortunate person, having been born with talent into a musical family that has shrewdly managed her and carefully placed her career in expert hands like those of Foster. She has said one of her voice teachers expects she’ll be able to keep her higher notes as she grows older, and build strength in her lower notes.

I don’t see any reason to doubt that, nor do I see any reason to deny that she has real ability. It will be interesting to see what happens to her as she moves from angelic adorability into a much more uncertain future, but I also expect we’ll find out, and that we’ll be hearing from Jackie Evancho for some time to come.

Film: Playwright August Wilson began his chronicle of the African-American experience throughout the … END_OF_DOCUMENT_TOKEN_TO_BE_REPLACED

Film: Just in time with the opening of movie theaters in Palm Beach County comes the season’s most … END_OF_DOCUMENT_TOKEN_TO_BE_REPLACED

Music: The very last concert Franz Joseph Haydn attended in his life was in March 1808, about a year … END_OF_DOCUMENT_TOKEN_TO_BE_REPLACED