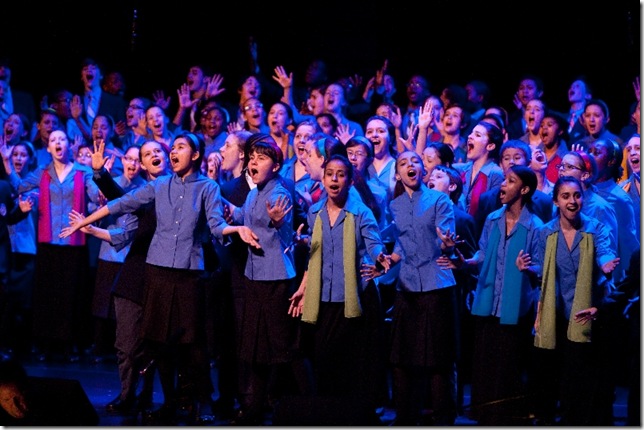 Not all that ago, the Festival of the Arts Boca ended its weekly run with a gala performance of Beethoven’s Ninth Symphony, led by violinist Itzhak Perlman.

This year, for the ninth version of the performing arts-and-literature gathering that commandeers the west end of Mizner Park, Beethoven’s Ninth will again bring the festival — at least the musical events — to a close.

But this year, the Festival Orchestra will be joined by the Master Chorale of South Florida and the Young People’s Chorus of New York City for the symphony, a work that had a huge impact on all the composers who came after the piece’s premiere in May of 1824.

The entire festival, which opened March 6 and lasts through March 15, is under the direction of Joanna Marie Kaye, who as “Joanna Marie” interviewed many a classical musician for more than 10 years at WXEL-90.7 FM.

It’s a job that helped give her a wide knowledge of the area’s arts climate.

“I have been involved with it for many years,” said Kaye, who now works for the people she used to converse with on the radio, festival chairmen and co-directors Charlie Siemon and Wendy Larsen. She got the job last July when she returned to Boca after a two-year gig as managing director at WQED in Pittsburgh.

Schooled in broadcasting, and with a degree in music performance, Kaye is never far from the arts scene. Her husband, trumpeter Jeffrey Kaye, is artistic director and principal trumpeter of the Symphonia Boca Raton.

For its final day, the festival will feature National Public Radio personality Martin Goldsmith discussing his book, “Alex’s Wake.” Kaye said planners had hoped for a last-minute performance to fill the vacant March 15 spot, but it didn’t happen. Still, she noted, ending the mainstage events with the Beethoven Ninth “is an excellent closing.” 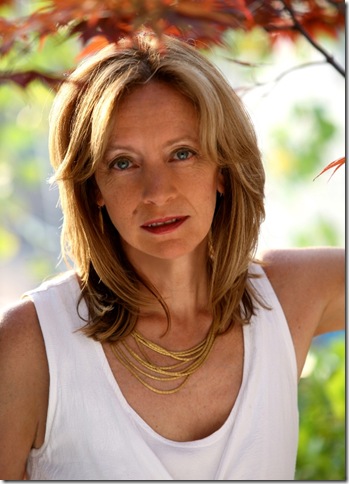 The festival opens Friday with a screening of the film version of Leonard Bernstein’s musical West Side Story, accompanied live by the Festival Orchestra Boca, keeping its original vocals and dialogue intact. It’s something Jamie Bernstein, one of Bernstein’s two daughters, says is “so vibrant when it’s live, even if you aren’t familiar with the musical.”

One of the songs from that show, “Somewhere,” will return on the March 14 concert along with the Beethoven Ninth. Jamie Bernstein, a narrator, writer and broadcaster, gave a talk about her father and his work as a festival preview Wednesday.

“He was so multi-faceted. We all know he was a composer, but he wrote for musical theater, symphonies and ballets… and he was a conductor,” she said. “He was also into education. Everything he did was a form of teaching.”

West Side Story, she said, “is an extraordinary work. It is popular for a reason, because it is incredibly sophisticated. It was interesting how my father put music together. He borrowed from the classics. He wanted to take the walls down between the genres.”

Musically, the festival has other important performers, including Sir James Galway, master of the flute, who returns to the festival he helped launch in 2007 for a Mozart gala March 13 that also features pianist and composer Conrad Tao, who at 13 years old made his debut at the 2008 festival, and violinist Arnaud Sussmann, a Perlman protégé. They’ll also be joined by Kitsopoulos and the Festival Orchestra.

The great banjoist and bluegrass artist Bela Fleck is featured Saturday along with his wife, Abigail Washburn, and on Sunday, it’s a dance program called Stars of International Ballet.

While the musical events take place on the amphitheater stage under a large tent, the literary events convene at the Cultural Arts Center on the east end of Mizner Park in the old Cartoon Museum building. The lineup here is impressive, with New York Times columnist Thomas Friedman (March 11, in the amphitheater), Pulitzer Prize-winning fiction master Richard Ford (Sunday), and physician and cancer “biographer” Siddharta Mukherjee (March 9).

A conversation with Jamie Bernstein: West Side Story and her father’s legacy

Clive Thompson, journalist and technology expert, Smarter than You Think: How Technology Is Changing Our Minds for the Better
Amphitheater

Thomas Friedman, journalist and Pulitzer Prize-winning author, That Used to Be Us
Amphitheater

Film: Playwright August Wilson began his chronicle of the African-American experience throughout the … END_OF_DOCUMENT_TOKEN_TO_BE_REPLACED

Film: Just in time with the opening of movie theaters in Palm Beach County comes the season’s most … END_OF_DOCUMENT_TOKEN_TO_BE_REPLACED

Music: The very last concert Franz Joseph Haydn attended in his life was in March 1808, about a year … END_OF_DOCUMENT_TOKEN_TO_BE_REPLACED