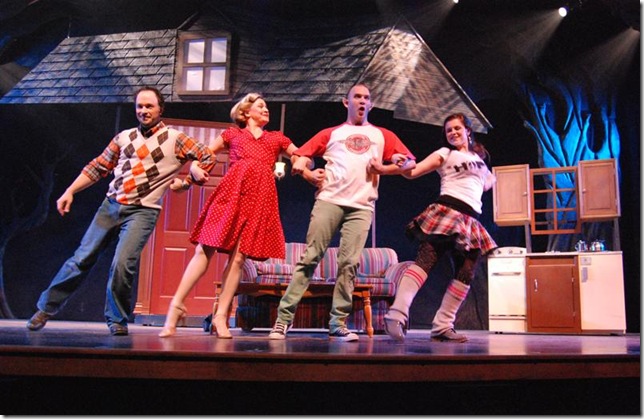 Making its area debut, Slow Burn Theatre Company certainly fulfills its stated mission by selecting Bat Boy: The Musical, a quirky, cult show about, yes, a kid who is half-bat, half-human, based on the character immortalized in the pages of the tabloid Weekly World News.

With a clever, eclectic score by Laurence O’Keefe — who went on, alas, to write the far less interesting Legally Blonde — this could have been a hit on the level of Little Shop of Horrors, but it opened off-Broadway in 2001, a time when few were going to the theater in New York because of the aftershocks of 9/11, and those that were largely went to The Producers.

Slow Burn’s co-artistic directors, Patrick Fitzwater and Matthew Korinko, were involved with a successful production of Bat Boy in St. Louis, so they were hoping to jumpstart their new Boca troupe by resorting to the same offbeat material.

There is some talent, albeit non-Equity, in the production, but the performers are hampered by the cavernous West Boca High School auditorium and by a dreadful sound system that renders the show overly loud and shrill. In addition, money problems mid-rehearsals reportedly led to a switch from a live band to recorded music accompaniment, not the sort of decision that is going to gain friends and followers in this market.

The show itself is a light-hearted statement on prejudice against those who are different, or at least a send-up of such melodramatic Hollywood fare as The Elephant Man, Frankenstein and King Kong. Rick Pena is oddly appealing as the pointy-eared, pointy-toothed title character, Anne Chamberlain is convincing as the teen who falls in love with him, but it is Stephanie Simon who anchors the show as the Donna Reed-ish mom who is curiously conflicted over having a bat boy in the family.

Ian T. Almeida’s scenic design is amusing and almost makes the huge West Boca stage seem workable, but Slow Burn really needs a more intimate playing space to succeed at the sort of theater they have in mind. 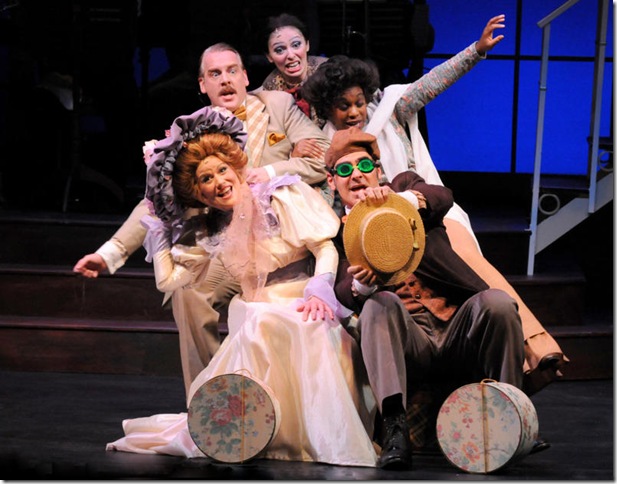 Probably motivated by an urge to save some money, the Maltz Jupiter Theatre has been programming musical revues such as Smokey Joe’s Café or Beehive in its seasons, and they rarely live up to the increasingly first-rate execution of its book musicals. A case in point is its current songfest, Tintypes, a lightweight, nostalgic stroll through the pop songbook of the turn-of-the-20th-century.

Never a show that was destined to be on anyone’s “must-see” list, Tintypes works best when produced simply and delivered effortlessly, but that is not the approach that director J. Barry Lewis and his pleasant cast of five take. As they sprint through the three-and-a-half-dozen musical numbers, they seem to be pressing hard to entertain, presenting them so insistently that their natural joy drains away.

The show’s premise is that history is mirrored by the pop songs of a period, and that the early 1900s were a time of innovation and optimism, even if we can look back from today’s vantage point and see that era as mainly a preface to the First World War.

The show’s creators — Mary Kyte, Mel Marvin and Gary Pearle — do a credible job mixing the familiar and still popular (You’re a Grand Old Flag, Bill Bailey) with the deservedly obscure (Getting More Like the White Folks Ev’ry Day). There are social and political themes if you look hard, but the show is mainly a look back at a less hectic time.

In the five-member cast, standouts include Lisa Estridge, who handles such mournful ballads as Sometimes I Feel Like a Motherless Child and Nobody, as well as Christopher Veitel (I’ll Take You Home Again, Kathleen), even if his visual impression of Teddy Roosevelt is a stretch. Music director John Mercurio leads an onstage band that plays the score with vintage verve, even if they occasionally overpower the singers.

The title “Tintypes” refers to the early days of photography and the personal keepsakes that were generated, but the revue Tintypes does not leave enough of an impression to be preserved in a scrapbook. 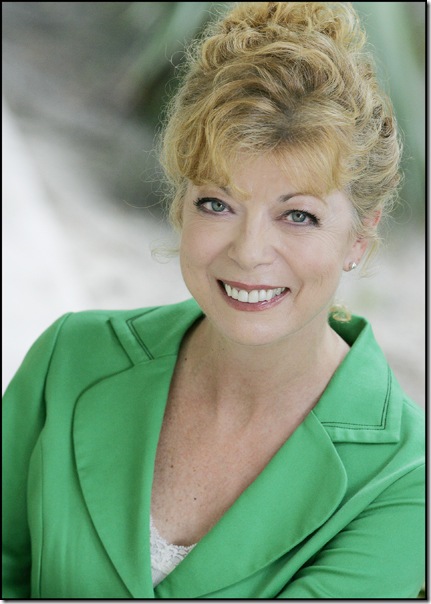 There is no denying the pain that shoots throughout the pages of Joan Didion’s essay on her close encounter with death and dying, The Year of Magical Thinking.

It chronicles in precise, brittle language what it was like to watch her husband of 40 years and longtime writing partner John Gregory Dunne expire unexpectedly in front of her and then go through a different torture of seeing her newly married daughter Quintana Roo mysterious slip into a coma and slowly die before her eyes.

It is a stunning essay to read because of the stark statement in it that, with some of the details changed, what Didion went through will happen to each of us someday. How I wish she had left well enough alone, though, and not adapted her prose into a one-woman show. Over the years, I concede that I have developed a knee-jerk aversion to monodramas, with their lack of dramatic context — where is Didion speaking from and why in the world is she telling me these intimate details of her life?

At The Women’s Theatre Project, Angie Radosh is a stalwart stand-in for Didion, very restrained and under control, until the tears that she had been fighting all evening do eventually overtake her. But the thought occurs that this non-theatrical monologue, if it has to be recited at all, might as well be done as a radio play, since there is no action implied by Didion’s words.

Yes, director Genie Croft has Radosh rise from her chair and wander about the stage every now and again — another one-person show cliché — but the movement is as unmotivated as the unsubtle changes to Natalie Taveras’s lighting. Granted, it is nitpicking, but even Croft’s choice to insert an intermission in the 90-ish minute work seems detrimental to the cumulative power of the script.

As you would expect, The Year of Magical Thinking is no laugh riot, but it is not without its moments of humor. What it is not is a play, and it gains almost nothing being placed in an actress’s mouth and on a stage.

Film: Playwright August Wilson began his chronicle of the African-American experience throughout the … END_OF_DOCUMENT_TOKEN_TO_BE_REPLACED

Film: Just in time with the opening of movie theaters in Palm Beach County comes the season’s most … END_OF_DOCUMENT_TOKEN_TO_BE_REPLACED

Music: The very last concert Franz Joseph Haydn attended in his life was in March 1808, about a year … END_OF_DOCUMENT_TOKEN_TO_BE_REPLACED