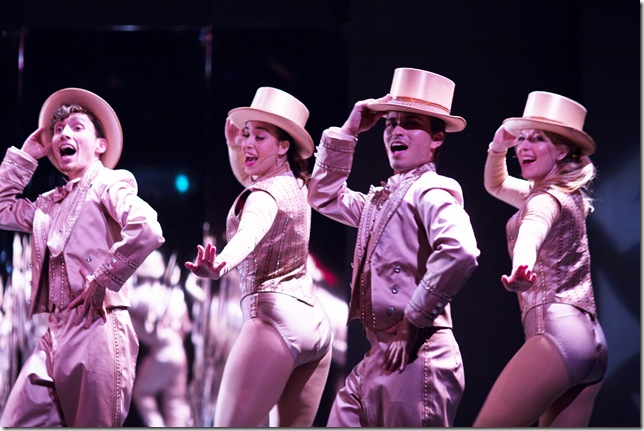 The musical, A Chorus Line, doesn’t have dazzling sets, pricey costumes or high-tech special effects. The production that turns 40 this year — conceived and originally directed and choreographed by esteemed New York show creator Michael Bennett — depends on the strength of its story, music and movement to deliver the goods.

The version now playing at the Stage Door Theater in Coral Springs does an enviable job of transforming an ordinary dance audition into an entertaining, on-stage catharsis that’s well worth watching.

The unprecedented box office draw and popular hit is set in an audition hall where players are encouraged by a tough-talking director to bare their souls about why they chose to become dancers.

Compiled from actual recordings of dancers discussing their lives, A Chorus Line is based on a book by James Kirkwood and Nicholas Dante, with music by Marvin Hamlisch and lyrics by Edward Kleban. Kevin Black, who deftly directs and choreographs the Coral Springs production, reproduces the dance steps of Bennett and his friend and co-choreographer Bob Avian, adding to the performance’s precision.

As written, A Chorus Line brings 17 hopefuls to the stage, all of them desperate to get work (“I Hope I Get It”) in a Broadway musical. The director, Zach (Andrew Fiacco), has to select only four men and four women. So he asks them to talk about themselves. They do so reluctantly at first, then more easily and personally.

For instance, Sheila (Brooke Martino) reveals that as a child, she escaped her vexing family “At the Ballet,” as did Bebe (Idalmy Carcache) and Maggie (Elizabeth Flanagan). Tone-deaf Kristine (Ashley Rubin) tries singing “Sing,” but her husband, Al (James Giordano), must finish all her off-key lines in proper tune.

Mark (Keagan Tanner), the youngest dancer, relates his first experiences with pictures of the female anatomy while others share memories of adolescence (“Hello Twelve, Hello Thirteen, Hello Love”). The tiny Connie (Austin Sora) laments the problems of being short, and Morales (Shenise Nunez) sings about her nasty, pointless high school acting class (“Nothing”).

Mike (Ronen Bay) latched onto dancing by watching his sister and boasts, in song, “I Can Do That,” joined by Richie (Darius Delk), Val (Kara Krichman), Judy (Cara McMorrow) and company. Then, Judy reflects on her own troubled childhood and Val explains how talent alone doesn’t make a star, but plastic surgery can (“Dance: Ten; Looks: Three”).

The penultimate song in the show, “What I Did for Love,” gives Nunez a forum to display her fine vocal talents, with haunting, accompanying harmony from the rest of the company. And “One,” perhaps the best-known song in the show, unifies the 17 individual souls on stage into “one singular sensation” in a colorful finale. 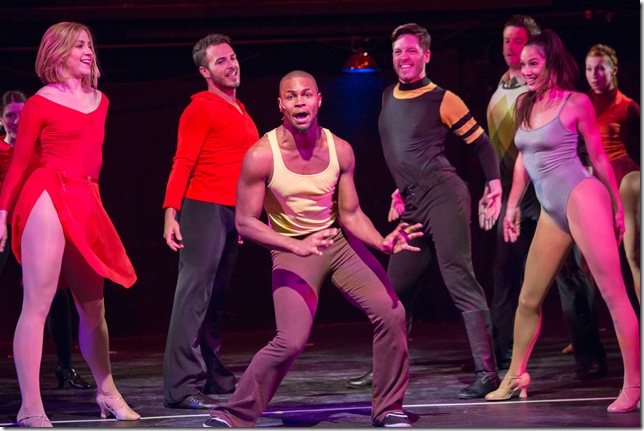 A Chorus Line works well because a lot of people with a lot of ability have done a lot of work. The tough job of finding performers with song and dance talent sent Stage Door folks to New York as well as locally searching for performers. The effort worked well.

Some of the top-notch locals include Bay, who just completed the freaky role of Emcee in Cabaret; Nunez, who took center stage in I Love You, You’re Perfect, Now Change and Tanner, whose acting résumé stretches from here to the Maltz Jupiter Theatre.

Nikki Allred Boyd gives her all to the role of Cassie, particularly in the high-octane song and dance of “The Music and the Mirror.” In this show, she combines life and art. She’s a dance teacher at Pine Crest School in Fort Lauderdale.

William Thomason also deserves honors for his portrayal of Paul, whose life was confused by his homosexuality, then shattered when his parents saw him in a drag show. His lengthy monologue is tearfully dramatic.

As Zach, Fiacco is a mysterious figure who talks mainly from the back of the auditorium in a deep, forbidding voice. Michael Wallace plays Frank with lots of gusto and fine dance steps.

Ardean Landhuis designed the very specific lighting for this show. Chrissi Ardito helped with choreography and the finale costumers were created by DC Theatricks.

Music: The very last concert Franz Joseph Haydn attended in his life was in March 1808, about a year … END_OF_DOCUMENT_TOKEN_TO_BE_REPLACED

Film: Major League Baseball culminates each season with the World Series, but to find the true … END_OF_DOCUMENT_TOKEN_TO_BE_REPLACED