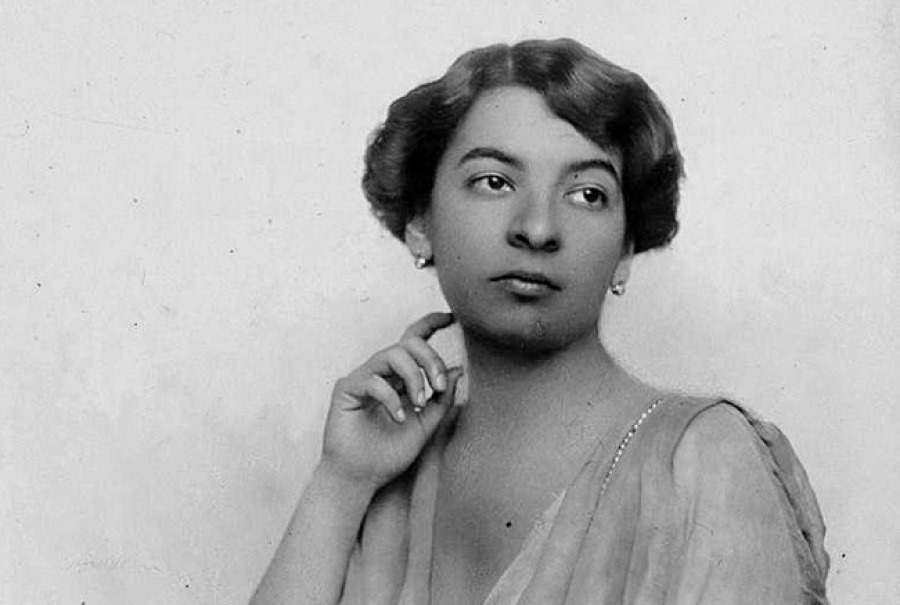 Two of the three composers represented on Chameleon Musician’s season finale Sunday afternoon were names that few, if any, members of the audience had ever heard before.

The delightful and enthusiastically received concert, in the Josephine S. Leiser Opera Center, featured rarely heard piano quartets by Dora Pejačevič and Zygmunt Noskowski, along with a familiar work in that genre by Mozart. This kind of programming is typical of the series, run by the talented and imaginative Iris Van Eck, who was also cellist in the ensemble.

In each of the piano quartets — the term refers to chamber music for keyboard and three stringed instruments —Van Eck was joined by violinist Robert Davidovici, violist Chauncey Patterson and pianist Kemal Gekic. The playing was expert throughout, not only technically, but also in capturing the composers’ very different styles and the differing relationships between keyboard and strings.

Mozart’s Piano Quartet No. 2 in E-flat Major (K. 493) was originally published for harpsichord or the then-new “fortepiano,” at a time (1786) when the keyboard instrument was emerging from Baroque practice as a basis for the harmonic structure, to take on a larger role in melodic development and intermittent flights of solo virtuosity. In contrast, the solidly Romantic Noskowski took full advantage of the dominating possibilities of the early version of a modern grand piano, while Pejačevič, writing in the early decades of the 20th century, furnished a more equal balance among the participants.

It’s significant that Mozart’s publisher commissioned three piano quartets, but after the first (in G minor, K. 486), he fired the composer, claiming the work was too difficult to sell. Mozart subsequently composed this companion piece for his own pleasure, around the same time he was writing The Marriage of Figaro, and the entire piece bubbles with the energy and effervescence of that great comic opera. This ebullience came through in the playing, and carried over into Pejačevič’s Piano Quartet in D Minor (Op. 25).

Pejačevič was a Hungarian-born Croatian composer who managed to create over 100 compositions in a short lifetime (she died in childbirth in 1923, at the age of 38). In an era when women were not widely accepted as composers, Pejačevič managed her musical career by means of her wealth and noble ancestry, and on the merits of the present work, written in 1908, by her considerable talent and musical originality.

She assimilated many of the styles and techniques popular at the time: Russian romanticism (Theme 2 of the stormy first movement would not be out of place if incorporated into the Borodin-based musical Kismet), French impressionism (peeking through the cantabile melodies of the slow movement), neoclassicism (evident in the third movement’s updated minuet), and the Eastern European dance rhythms that pervade the finale. To all this, the Chameleon musicians imparted a sense of joy and vitality that left the listener wanting to hear more of this very interesting and up-to-now neglected composer. The performance had a conversational quality that took on the ambience of listening in on a private discussion of some juicy personal issues.

Noskowski’s Piano Quartet in D Minor (Op. 8) is a big piece, and the performers dug into it with relish and a good measure of ferocity. It was a showcase for the deft, athletic fingerwork of pianist Gekic, who negotiated the thickly scored, harmonically murky keyboard writing with deceptive ease and a remarkable degree of clarity.

While his central European contemporaries were developing nationalistic styles, the Polish-born Noskowski (1846-1909) studied in Berlin and brought Germanic symphonic techniques into the music of his native country. Within the limits of this chamber composition, the composer treats the strings like a mini-orchestra, the piano filling in all the remaining textures and commanding the entire sonic canvas. This compels all participants to strive for a grandeur that Noskowski achieves inconsistently, but when it works, it’s breathtaking.

Certainly, these excellent performers came close to that grandeur. They conveyed forcefully the power and agitation of the opening movement, then made a meaningful contrast in the songful melodies of the Andante that followed. The Scherzo contained innumerable contrasts of its own. Most highly expressive and subtly nuanced was the recitative-like interplay among individual string players that introduced the boisterous, exhilarating finale.

Film: Just in time with the opening of movie theaters in Palm Beach County comes the season’s most … END_OF_DOCUMENT_TOKEN_TO_BE_REPLACED

Music: The very last concert Franz Joseph Haydn attended in his life was in March 1808, about a year … END_OF_DOCUMENT_TOKEN_TO_BE_REPLACED