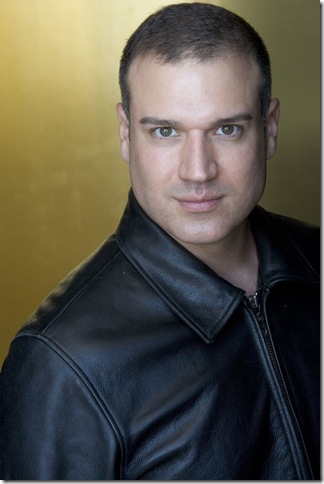 It’s a common, affectionate criticism of opera to point out how fast improbable things happen in the stories the art form tells.

Rodolfo and Mimi, for instance, in Puccini’s La Bohème, are strangers in a Paris apartment building who meet cute when her candle goes out, and are pledging undying love 10 minutes later.

“Opera really is a waiting game,” says the 43-year-old baritone, who’s in the middle of a “crazy good” stretch of three years that have seen him enter the field of Verdi dramatic roles with a vocal bang. “I feel so blessed that I’ve been able to sustain this. I did what ones hopes a career will go toward: I went from Mozart into the lighter bel canto (roles), to the heavier bel canto, and now into the Verdi, and then some Wagner and Strauss.”

This Friday, Chioldi does his first Macbeth, in Giuseppe Verdi’s 1847 treatment of Shakespeare’s tale of the murderous 11th-century Scottish thane with which the Palm Beach Opera is opening its 53rd season. He’ll be seen Friday night and Sunday afternoon with Hungarian soprano Csilla Boross in a production staged by the veteran French opera director Bernard Uzan.

On Saturday night, the company, which usually double-casts its productions, will feature Luis Ledesma in the title role and Jennifer Check as Lady Macbeth. The Palm Beach Opera Orchestra and chorus will be directed by David Stern, son of legendary violinist Isaac Stern and music director of Israel Opera.

“When I do a character, I don’t ever look at them as: ‘Can I make him sympathetic? or ‘How am I going to come across to the audience?’” Chioldi said last week, sitting outside the Starbucks on Palm Beach’s Worth Avenue on a chamber-of-commerce South Florida winter day. “I look at the character as being in the moment, with the circumstances that he has … What I see Macbeth as is a pathetic soul. He’s powerful, vulnerable intelligent — maybe not as smart as his wife, but I don’t think he’s pushed around or manipulated by her without his knowledge. He’s as thirsty for the crown as she is.”

Macbeth is “a more physical role than I thought it might have been, and I’m all for it,” he said, and adds that he sees the relationship between the nobleman and his wife as central to Verdi’s conception of the work. The composer, a devotee of Shakespeare, crafted the framework of the libretto himself, with Francesco Piave writing the verses.

“It’s amazing, how it’s set up. It’s brilliant,” he said, putting a hand on the score lying on the table in front of him. “It’s really about him and her. There’s Banco and there’s Macduff, and they have arias, but these scenes that the lady and I have — her sleepwalking scene, and my fantasma scene — it’s spectacular. The big party scene, where I start to see Banco right after I’ve killed him: It’s insane how beautiful it is, and how challenging it is at the same time.

“The great thing about doing this type of music, and especially ‘Macbeth,’ is that it’s rewarding both ways. A lot of operas are rewarding with the music and the way you sing it, but it’s not dramatically very rewarding. Or, the other way around,” he said. “This is rewarding both ways, and that happens so rarely in opera. That’s the reason it’s been so successful.”

A native of Avonmore, Pa., a tiny town in southwestern Pennsylvania, Chioldi began his musical life as a “good Catholic boy,” singing in the church choir and taking piano and guitar lessons. His father felt that music lessons were important for his three children, and two of them ended up as professional musicians; Chioldi’s brother, Ronald, teaches piano at Northeastern Arkansas State University.

Michael studied voice at West Virginia University, but was also working toward a degree in music education there when he found his vocation in his freshman year. Asked to sing the part of Sam in Leonard Bernstein’s one-act Trouble in Tahiti, he begged off, citing the pressure of the school work involved with a double major.

But later, he stopped by a rehearsal of the opera to discover that the singer who had been cast as Sam had left the production. He was asked again to sing Sam, and this time he agreed.

“And I remember that first rehearsal, sitting at that table, and I thought: ‘This is what I’m supposed to do.’ And I was 17 years old. I thought, ‘This is what I’m going to do with the rest of my life.’ I just knew, in that moment,” he said.

After graduation, Chioldi headed to New Haven, Conn., for a master’s in vocal performance at Yale, where he worked with opera division directors Doris Yarick-Cross and Richard Cross. Young artist programs at the Santa Fe and Houston companies followed, and in addition to getting to go on in Santa Fe while covering Papageno in Mozart’s The Magic Flute, he took part in productions in Houston featuring stars of an earlier generation, including Eva Marton (in Puccini’s Turandot) and Hildegard Behrens (in Strauss’ Salome).

“They were at the ends of their careers, and they had such a wealth of knowledge. I watched how they rehearsed, how they sang, how they approached an acting choice. I was a sponge,” he said.

He did the same thing in his Metropolitan Opera debut in 1996, when he appeared as Fléville in Giordano’s Andrea Chenier in a production starring Luciano Pavarotti (“a master of his technique”) and Aprile Millo. In addition to steady work for major companies in the traditional baritone roles, he also has been something of a new music standout, singing works by Bright Sheng (The Song of Majnun), Charles Wuorinen (The Haroun Songbook) and Anthony Brandt (The Birth of Something), all of which have been recorded.

This production of Macbeth will be his fifth appearance with Palm Beach Opera, and the third in a row, having appeared last season as a smooth-voiced Germont in Verdi’s La Traviata and the season before that as Sharpless in Puccini’s Madama Butterfly. He said opera careers are supposed to be built for longevity, something increasingly difficult in a technology-dominated age in which “everything has to happen right away, and right now, and they want it newer, younger and prettier. And a lot of people have fallen into that,” he said.

“The danger of that is you burn out your singers. You give them opportunities at a young age that are bigger than what their voice and career is ready to handle,” Chioldi said.

Singing for Palm Beach Opera is a different story.

“Why I love singing in Palm Beach is I actually have a following here,” he said, having also appeared in two Donizetti operas, Lucia di Lammermoor and Don Pasquale, with the company. “I think that’s smart on (General Manager) Daniel Biaggi’s part … If your singer does well, bring them back, highlight them. People come to see the show because they have name recognition. I think that’s sort of a lost art in career-building.” 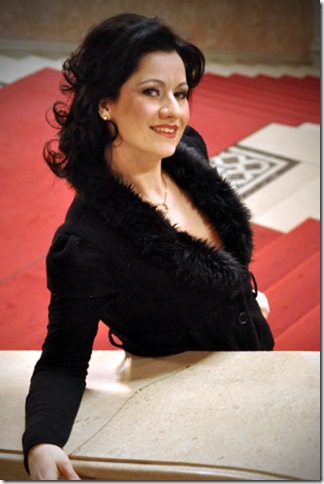 He has nothing but praise for his co-star, Boross, who sang Abigaille with Palm Beach Opera in its 2010 production of Nabucco. “She’s a firecracker of a person, and it’s wonderful. That’s what you need as Lady Macbeth,” he said. “The voice is just gorgeous, and she’s done the role many times.”

And he also is finding himself increasingly appreciating the importance of Verdi, having just sung his first Rodrigo for Austin Lyric Opera’s production in November of Don Carlo, where he appeared (to excellent reviews) with another familiar face to Palm Beach audiences, tenor James Valenti. Also last year, he sang in productions of Falstaff for Chatauqua Opera and Giovanna d’Arco for Chicago Opera Theater.

In May, he’ll sing the title role in Nabucco for Lyric Opera Baltimore.

“Sometimes you’ll come away from a (Verdi) show humming a tune,” he said, breaking briefly into La donna é mobile, “and sometimes you won’t. But you’ll be impacted in such a way that three hours will have passed, and you’ll say: ‘Wow! What did I just see?’ For me, as I’ve become more mature as an artist, I feel like that’s successful art, because there’s a real point of view there, something really being said of depth and of substance.”

With that artistic maturity has come a deeper understanding of his mission in life, he said. Going through a personal crisis a few years ago, he huddled with family and friends, who reassured him about the importance of what artists do.

“It became more of a vocation for me than a job. I’m supposed to do this. I’m meant to do this,” he said. “I’m a vessel, in a way, I’m a voice for something greater. When you realize your own self-worth as an artist, as a person, it’s empowering.

I feel completely blessed and honored to do this work, in this place, with this company and these people,” Chioldi said. “I really do.”

MACBETH will be performed at 7:30 p.m. Friday and Saturday, and 2 p.m. Sunday, at the Kravis Center for the Performing Arts in West Palm Beach. Michael Chioldi and Csilla Boross will sing the Friday and Sunday performances, and Luis Ledesma and Jennifer Check will sing Saturday. Sean Panikkar sings Macduff, and Richard Wiegold is Banco (Banquo); stage direction is by Bernard Uzan, and David Stern conducts. Tickets range from $25 to $135, and can be had by calling 833-7888 (PB Opera), 832-7469 (Kravis), or visiting pbopera.org or kravis.org.

Film: Playwright August Wilson began his chronicle of the African-American experience throughout the … END_OF_DOCUMENT_TOKEN_TO_BE_REPLACED

Film: Just in time with the opening of movie theaters in Palm Beach County comes the season’s most … END_OF_DOCUMENT_TOKEN_TO_BE_REPLACED

Music: The very last concert Franz Joseph Haydn attended in his life was in March 1808, about a year … END_OF_DOCUMENT_TOKEN_TO_BE_REPLACED