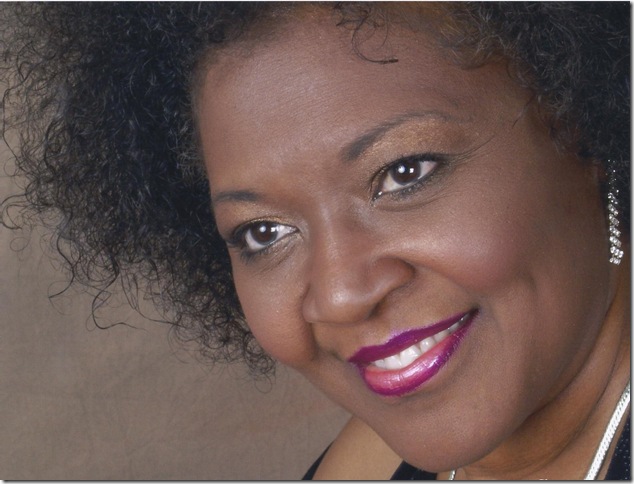 Ethel Waters died 35 years ago. But the spirit of this bold and opinionated woman, who rose from dire poverty to become one of the greatest and most outspoken African-American singers and actresses of the early to mid-20th century, is unquenchable.

Public demand for a retelling of her life story and reprise of her best-known songs prompted the Delray Beach Playhouse to extend its production, Ethel Waters: His Eye Is on the Sparrow, through Sunday.

Singer-actress Evelyn Russell captures both the essence of Waters’ being and the emotion and fervor of her music with aplomb in this one-woman show directed by Delray Playhouse’s own Randolph DelLago.

The song His Eye Is on the Sparrow is, even today, most associated with Waters. Actually, it was penned by two white songwriters in 1905, who adapted the line and theme from the Gospel of Matthew. Waters sang the tune to her mother as she lay dying. The song has been covered by many artists, including Whitney Houston in her final film, Sparkle.

The play, which weaves songs into an ongoing musical narrative of Waters’ life, was adapted by Larry Parr from her first autobiography. Born in horrific poverty along “Whore’s Alley” in Philadelphia, Waters was the product of a rape of her 12-year-old mother by John Waters, a pianist and family acquaintance from a mixed-race middle-class background, who played no role in raising her. Ethel endured the filth of her bug-infested surroundings and the gnawing hunger in her stomach to escape at age 13 when she became a hotel maid for $4.75 a week.

Russell puts her own personality aside and turns the Waters character fully on. With smooth, melodic tunes interspersed with stories of the famed performer’s many triumphs and tragedies, she mesmerizes the audience, who applauded each tune with gusto and cries of “Bravo.”

Mixing comedy with pathos, Russell captures Waters’ hatred for white people. The character’s dialogue during the show is peppered with references to “honkies,” “ofay,” and other derogatory terms for whites. It may be uncomfortable for some to hear, but it is Waters at her most honest. So we savor the music: the infectious bounce of Russell’s phrasing in the jaunty Frankie and Johnny, her controlled joy in Sweet Georgia Brown, the simmering ache she brings to Little Black Boy, an elegy to a youngster killed in a lynching and dumped in the lobby of a music venue where she was performing.

Russell’s vocal control is pinpoint, and her understanding of this musical territory goes deep. You hear in voice what this show can’t put into words.

The play offers some bits and full renditions of Waters’ tunes such as her signature Am I Blue?, Dinah, Stormy Weather, Heat Wave and Cabin in the Sky. Waters was the second African-American woman, after Hattie McDaniel (Gone with the Wind), to be nominated for an Academy Award.

Waters earned a reputation as a troublemaker for seeking equality with other actors. When Hollywood and Broadway stopped calling, she moved to a small apartment, lived a lonely life and added 200 pounds to her frame from eating to ease her pain. Finally, she hooked up with Billy Graham’s Crusade and acknowledged God, the God she had been rejecting all her life.

Russell got a well-deserved standing ovation in the end from the full gallery in the playhouse. Performing nearly two hours of song and dialogue – even with an intermission ― might strain some performers, but Russell handles it with apparent ease. She gets a big bump-up from musical director Toni Stamos, whose exacting piano accompaniment is all Russell needs to sell the Waters tunes.

Stamos plays continuously throughout the show, toning the melodies down as Russell speaks, and then bringing up the sound to match the tempo of the songs. The piano never overpowers Russell’s smooth and light vocals.

On-stage assistance for the star comes from Kaylee Cooper as Waters’ dresser. Russell wears a number of costumes, one under the other, and Cooper peels each away as the play moves through the stages of Waters’ life. With the dresser’s help, Russell never has to leave the stage, so the production isn’t interrupted.

The show begins with Waters at the top a regal stairway, heralding her appearance with the Billy Graham Crusade in 1957. She quickly takes the time line back to 1896 and begins to retell her life’s story. She changes into tatters, and later dons an apron when she leaves home and becomes a hotel maid. When her performance career begins, the outfits become more splendid.

The set, designed by Cindi Taylor, is fairly lean, as was Waters’ early life, with a mirrored closet and dressing table underscoring the sparseness. Lighting designer Nick DiGirolamo delivers just the right illumination.

Russell depends on a video screen to the rear of the stage as the recounts her life. Images important to her story – from a filthy Philadelphia alley to slides of the Apollo Theater, Harlem, stills from her movies and photo of a young Billy Graham – complete the story. 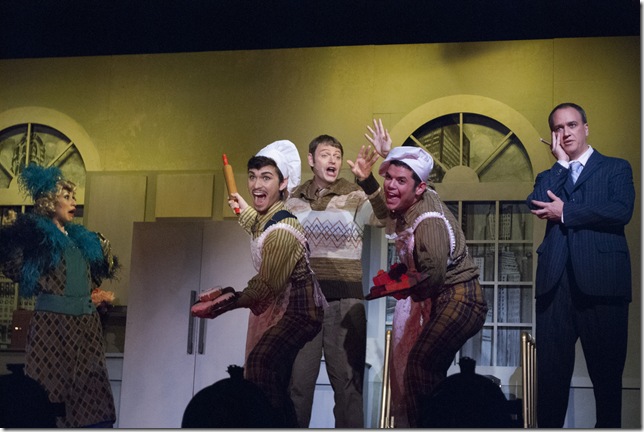 LAKE WORTH ― The Drowsy Chaperone wrapped up its run at the Lake Worth Playhouse Feb. 4. If it caught you sleeping, you missed an immensely entertaining show.

This play-within-a-play, which won the Tony Award for best book (Don McKellar and Bob Martin) and score (Lisa Lambert and Greg Morrision), actually flows from the imagination of a character identified only as Man in Chair, who was portrayed here with singular flair by Tom Cooch.

“Man” is an obsessive theater maven who spends most of his time reliving musicals of the 1920s era by playing soundtrack LP records on his phonograph. Magically, when the music starts, actors fill his living room, spouting dialogue and songs. Man in Chair, unseen by the players, tells the audience what’s happening as the action unfolds, and sometimes participates, dancing and singing along with the performers who are oblivious to his intrusion. It’s only during the rousing finale that the characters seem to notice him.

The play begins on what seems a down note. While the audience sits in total darkness, a voice says, “I hate theater.” He goes on: “Well, it’s so disappointing, isn’t it?” The lights come up, and it’s Man in Chair, repeating a prelude he mutters before each stage show. He prays that it be short, free of actors who roam the audience and touched with “a story and a few good songs that will take me away.”

But one show is very, very good, he tells the audience as he pulls out a soundtrack record album for The Drowsy Chaperone and plunks it on his turntable. Suddenly, it’s 1928, and his drab little New York apartment becomes a show palace, with the original cast members summoned into being to recreate the production. The show turns out to be one of those intricately (and improbably) plotted tales of love in crisis — involving gangsters, show people, millionaires and servants — so typical of the 1920s.

Overall, this musical is a happy exercise in escapism, one that bonds the audience with the Man in Chair. No doubt some in the audience went home after the show and played Gigi or Sound of Music on their “stereo” to relive some of their favorite stage moments.

Directed and choreographed with finesse by Rob Dawson, Drowsy Chaperone cast members included Bryan Wohlust as a scenery-chewing, Valentino wannabe named Aldolpho and Nicolette Sweeney as a strutting, martini-swigging vamp, enlisted as chaperone on the wedding day of one Janet Van De Graaff (Shenise Nunez), the darling of the Broadway stage, who is about to give it all up for love – and marriage.

But there’s a plot afoot to stop the wedding so Janet won’t have to retire from the stage. Two gangsters (Keagan Cerny and Andrew Spinelli) are dispatched to make sure the nuptials don’t happen. But they show up disguised as pastry chefs – and they spend most of their time cooking up bakery-related puns.

Musically, the tunes are OK, reminiscent of the 1920s, but not songs you’d be humming as you leave the theater. Cold Feets is pretty good, and so is Toledo Surprise, a double entendre-type melody whose title refers either to a baked food item or a mob hit. Wohlust celebrates his Aldolpho character with a narcissistic tune, I am Aldolpho.

Judging by audience’s reaction, Man in Chair’s need for an escapist musical – at least for one night – was well-served.

Film: Playwright August Wilson began his chronicle of the African-American experience throughout the … END_OF_DOCUMENT_TOKEN_TO_BE_REPLACED

Film: Just in time with the opening of movie theaters in Palm Beach County comes the season’s most … END_OF_DOCUMENT_TOKEN_TO_BE_REPLACED

Music: The very last concert Franz Joseph Haydn attended in his life was in March 1808, about a year … END_OF_DOCUMENT_TOKEN_TO_BE_REPLACED