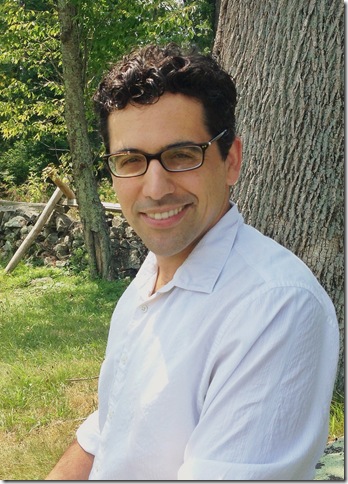 Take a break from your alfresco waterfront nosh someday, walk out to the shore and take a close look at the waves of the Atlantic Ocean.

You’ll see that the small waves are, except for their size, exactly like the big ones, but all of them join together to make an unstoppable force. So says Avner Dorman, whose sonic realization of that fact —and its metaphor —has its world premiere tonight.

“As I was going through the city, I heard [people express] similar sentiments but with different actions and different directions, different points of view,” Dorman said. “And so I tried to blend these two concepts as much as I could in the piece.”

Dorman, an Israeli-born composer, has written Siklòn, an energetic curtain-raiser for the final three concerts by the Cleveland Orchestra in its current Miami residency. Commissioned by the Arsht Center for the orchestra, the work is a celebration of the ensemble’s 10th year of seasonal performances at the Knight Concert Hall.

Siklòn is a 7-minute stemwinder that starts explosively and ends up in an ecstatic, radiant C major in which the whole orchestra is piling rhythm upon rhythm as a simple scale climbs out of it into the heavens. It sounds (based on the score and a MIDI realization) very much as Dorman intended: Like a bustling city or a furious storm.

Dorman, 40, who teaches theory and composition at Gettysburg College in Pennsylvania, used the Haitian Creole word for “hurricane” as the title of his piece, but he didn’t use any actual Haitian music, or any other Caribbean style to craft his interpretation of Miami.

“I avoided quoting it, but I listened to a lot of it,” he said. “I took the basic elements from these styles, these traditions, the rhythmic elements and sometimes some of the scales they use, but I avoided quoting because I thought that wouldn’t be authentic for me.”

In the three concerts that begin tonight, Dorman’s piece shares space with the French pianist Jean-Yves Thibaudet, who will play the Second Concerto (in A) of Franz Liszt. Also on the program is the sprawling Symphony No. 1 (in D) of Gustav Mahler. All will be led by the orchestra’s Miami-residency conductor, the Nicaraguan-born percussionist Giancarlo Guerrero.

Dorman said Miami reminds him in many ways of his hometown of Tel Aviv, from the heat to the palm trees, to the waterfront and a specific kind of energy.

“I think it has to do with the weather: the way that people are passionate, and open, and love to stay up late, and go to a restaurant and talk about things. I think hot weather encourages certain behaviors and certain social aspects … there’s something about the environment that affects the way people actually act,” Dorman said.

He said he didn’t realize at first how multicultural a city Miami actually is.

“I knew there were a lot of people from Cuba, but I didn’t realize how many people from South America live in Miami: Venezuela and Colombia, Argentina and Brazil, and people from all parts of South America and Latin America,” he said. “And I had no idea there was such a large Haitian community. And I didn’t realize how big the Orthodox Jewish community is … and Tel Aviv is very much like that, not being where people come from, but with how many people were not born in the area at all but came as immigrants.

“And there’s kind of a melting pot of cultures, of ideas, of languages. You walk around Tel Aviv and you hear French and Russian and Arabic probably as much as you hear Hebrew in some areas,” he said. “It’s the same thing in Miami. You walk around Miami and you hear all these languages, see all these different characters … to me, it’s so colorful and inspiring.”

A pianist who always wanted to be a drummer, Dorman got invaluable training as a composer and arranger during his mandatory service in the Israeli Army, writing for a host of military ceremonies. He holds a doctorate from the Juilliard School, and he is the music director of the new CityMusic Cleveland Chamber Orchestra. His pieces include the Ellef Symphony, winner of a prestigious prize in Israel; concertos for violin, cello, piccolo, mandolin and saxophone; two string quartets; sonatas for piano and violin; and choral works including Letters from Gettysburg.

He’s currently finishing an opera, Wahnfried, for the Baden State Theater in Karlsruhe, Germany. The subject matter is very dark, particularly for a Jewish composer: It’s the story of Houston Stewart Chamberlain, the racist British theorist of eugenics who inveigled himself into Richard Wagner’s family, marrying one of his daughters, and who was a huge influence on Adolf Hitler. The opera premieres in January.

“It’s told from a very dark, sarcastic point of view, obviously,” he said. “It tells the story of how Wagner and his music became so central to Hitler and Nazism.”

Dorman’s Siklòn caps what has so far been a very successful project for the Cleveland Orchestra. The place for the group in the area’s classical music culture opened up after the ugly dissolution of the Florida Philharmonic in 2003. The Clevelanders came to the area in August 2006, testing out the newly built Knight Concert Hall with excerpts from Bruckner’s Fifth Symphony and music from Verdi’s last opera, Falstaff, then launched its formal series of concerts in the 2006-07 season.

According to orchestra officials, the ensemble, which is led by music director Franz Welser-Möst, has given more than 400 concerts in its Miami stays, reaching about 250,000 people and established partnerships with more than 300 schools and other organizations to advance the cause of art music. 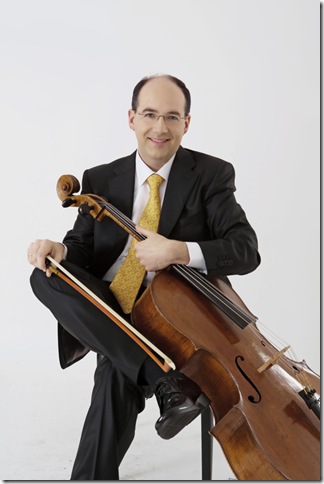 The orchestra’s principal cellist, Mark Kosower, who joined the orchestra in 2010 and who performed the Brahms Double Concerto as co-soloist with concertmaster William Preucil in January, said he’s greatly enjoyed the five years he’s been taking part in the residencies, and says his fellow players have embraced their time in South Florida.

“I have to really commend my colleagues for really getting out into the community in a variety of ways, not only through outreach performances and things that are set up like master classes — which, of course, are extremely important — but also by befriending members of the community,” Kosower said.

That has led to reciprocal engagement, in which orchestra members who patronize restaurants and other businesses end up fostering audience members. “It’s a wonderful thing, because you have people’s lives being improved on both sides,” he said.

And then there’s the “countless” outreach activities orchestra members participate in, including regular work at the University of Miami’s Frost School of Music, and chamber music performances in a number of different venues.

“The orchestra’s been very active, and it really does feel like a home away from home,” he said.

The Cleveland Orchestra has just announced its 2016-17 season, which opens Nov. 11-12 with violinist Gil Shaham in the Barber Violin Concerto on a program with the Shostakovich Fifth Symphony. Miami choral ensemble Seraphic Fire joins the orchestra Jan. 27-28 with J.S. Bach’s Cantata No. 34 (O ewiges Feuer, o Ursprung der Liebe) along with movements from Cantatas 29 and 191; the Bruckner Seventh Symphony rounds out the concert.

Violinist Nikolaj Znaider performs the rarely heard but fascinating Violin Concerto of Carl Nielsen Feb. 2 and 4 on a program with the Sibelius Second Symphony, and the season ends March 24 and 25 with Mendelssohn’s Italian Symphony, Respighi’s Pines of Rome and ballet music from several Verdi operas.

Kosower, an Eau Claire, Wis., native who studied with the legendary cellist Janos Starker at Indiana University, said an orchestra is a vital part of a community in an American society obsessed with innovation and the next big thing.

“There’s a danger that we only look to the new without a real understanding of where we’re coming from, and about the timeless qualities that are found in great masterworks,” he said. “It’d be like saying we don’t need literature, we don’t need Shakespeare, we don’t need all these things. And that’s true: we can all survive as long as we have the basic essentials of life.

“But after that, where are we?” he said.

Both sides need each other; audiences need to get in touch with humanity’s creative past and present at the orchestra, and orchestra musicians need to make sure they don’t retreat into ivory-tower exile, he said.

“The goal of any orchestra in any community is getting people involved. But the music needs to reflect the age in which we’re living. And that requires great leadership and insight from musicians and, of course, the leaders of the institution, the people steering the ship,” he said. “For people who don’t know anything about classical music, it’s always about a point of access … and if the product being offered is incredible and fantastic, then they’ll be greatly involved from there on.”

The Cleveland Orchestra and soloist Jean-Yves Thibaudet perform tonight, Friday night and Saturday night at the Knight Concert Hall in the Adrienne Arsht Center, 1300 Biscayne Blvd., Miami. Each concert begins at 8 p.m. Tickets range from $39-$173 and are available by visiting clevelandorchestramiami.com or calling the Arsht Center box office at 305-949-6722.

Music: The very last concert Franz Joseph Haydn attended in his life was in March 1808, about a year … END_OF_DOCUMENT_TOKEN_TO_BE_REPLACED

Film: Major League Baseball culminates each season with the World Series, but to find the true … END_OF_DOCUMENT_TOKEN_TO_BE_REPLACED