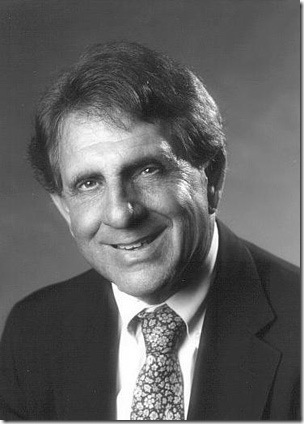 Time was when Donald Waxman was proud of his pen-and-ink hand, because the notes he wrote out for his manuscript scores were legible and performers found them easy to read.

That all changed a few years ago at the hands of a student who dragged the composer into the digital notation era.

“He said, ‘Mr. Waxman, I can’t do this anymore. I’m going to teach you how to use Sibelius,’” Waxman said, and soon he found himself doing his manuscripts with mouse and keyboard using the popular notation program of that name. “I was a very slow student, but I’ve gotten pretty good at it.”

One of the best things about it, he says, was when the student showed him how easy it was to make parts from orchestral scores, which Sibelius let him do nearly instantaneously with just a click.

“He said, ‘You just click on this,’ and I saw the parts, and I practically wept,” said Waxman, who turns 87 at the end of this month and says he’s not touched his once-trusty music pen in eight years. “I thought of all the hours I spent copying in my younger days. How many more pieces could I have written?”

Maybe so, but it hasn’t kept him from his workbench. This week, Waxman is the artist-in-residence at Lynn University’s New Music Festival, an annual gathering that always culminates in a concert of the works by the guest composer. Tonight’s closing concert will feature a program of Waxman’s instrumental works, beginning with a new piece, Announcement for Orchestra.

“I think it’s going to be successful on one level, in that it’s right for the occasion. It starts with this big brass announcement, and then there’s this sort of orchestral toccata … in which the piano is the anchor. These two ideas came to me, and the idea is, ‘Do they marry’? And as it turns out, I don’t think they do marry. They just don’t,” he said, laughing.

But a look at the score shows an attractive mix of full brass writing and racing, busy figurations in contrast, the kind of material out of which many successful overtures are made.

Waxman, who was born in Ohio and grew up in Baltimore, began his musical career in the preparatory program at the Peabody Conservatory, which today is part of Johns Hopkins University. He wrote pieces on the piano beginning at age 8, before he knew how to write them down, and so first efforts were written down for him by a graduate student.

“They were finished pieces. I played them the same way each time. They were short, but they were finished,” he said. “By the time I was about 12, my ears were good enough so I could do it myself. I’ve been writing for a long time.”

Drafted into World War II at 17 as an infantryman in the 7th Army, he saw action in France in October 1944 as troops advanced to the Maginot Line. “There was very stiff resistance. In fact, I was wounded slightly,” he said. He was “totally out of music” at that point, understandably, but when he was ordered to find local homes in which he could billet his company in the nearby towns as they retreated from the front ― his two years of French study qualifying him as a translator ― he found he hadn’t forgotten his early days at the keyboard.

“Getting there first, if ever I saw a room with a piano in it, I’d take that one myself,” he said.

After the war, he returned to Peabody, where he studied with Elliott Carter, whom he described as “very charming,” and with a teaching style that Waxman said was different than his own painstaking approach.

He went to Juilliard next, completing a degree in a year under composer Bernard Wagenaar. “I always hated school,” he confided. “Wherever I was, I couldn’t wait to get on to the next school. So I never really got the proper graduate degree to go teach at a college.”

After Juilliard, he got married (his wife, Jho, is a pianist) and pursued several musical activities, including the founding of The Music House, a music school in Nyack, N.Y., spent time in France on a Guggenheim fellowship, and served as an assistant conductor of the Hudson Valley Orchestra. He received performances all over the world for pieces in many different genres, and racked up major composition prizes such as the Gustav Klemm and RCA composition awards.

One of his best-known contributions to music has been his pedagogical piano works, particularly the Pageants series of short pieces for young players he wrote in the 1960s, which has been called an “American Mikrokosmos,” referring to Bartok’s celebrated volumes of pieces for younger players.

He was managing editor at Galaxy Music for 20 years, until its sale in 1990 to E.C. Schirmer, at which point he and his wife pulled up stakes and traveled south to Boca Raton, where they have lived ever since.

“I was supposed to retire, but composition students started coming to me,” he said, and he still actively works with young composers. One of his current writing projects is an opera based on Carlo Collodi’s children’s story, Pinocchio, which he says is a morality play, and “vastly different” than the popular Disney treatment of the woodworker and his puppet boy.

Tonight’s concert will open with the Announcement in its world premiere performance with the Lynn Philharmonia conducted by the conservatory’s dean, Jon Robertson. Chamber works will follow, including a Serenade and Fantasia (2003), with violinist Olesya Rusina and pianist Olga Kim, a suite for flute, oboe and cello (1986) with flutist Doug DeVries, oboist Asako Furuoya and cellist Natalie Ardasevova.

Waxman said he’s never been interested in the 12-tone method of composition. “I circulate in the Stravinsky-French school, and (my style) tries to remain within tonal centers but to freshen up the language,” he said.

He hopes audiences will enjoy his music and get to know something of his musical personality, which he said has an element of “song and dance,” which he says is fundamental to music but which much contemporary classical writing has ceded to popular forms.

“I hope they’ll hear someone who is at home in his idiom and his language. I hope they’ll feel that he’s comfortable in it, and that they recognize certain things along the way that seem to be me,” he said.

Tonight’s free concert at the Green Center on the Lynn University campus begins at 7:30 p.m.

Film: Playwright August Wilson began his chronicle of the African-American experience throughout the … END_OF_DOCUMENT_TOKEN_TO_BE_REPLACED

Film: Just in time with the opening of movie theaters in Palm Beach County comes the season’s most … END_OF_DOCUMENT_TOKEN_TO_BE_REPLACED

Music: The very last concert Franz Joseph Haydn attended in his life was in March 1808, about a year … END_OF_DOCUMENT_TOKEN_TO_BE_REPLACED