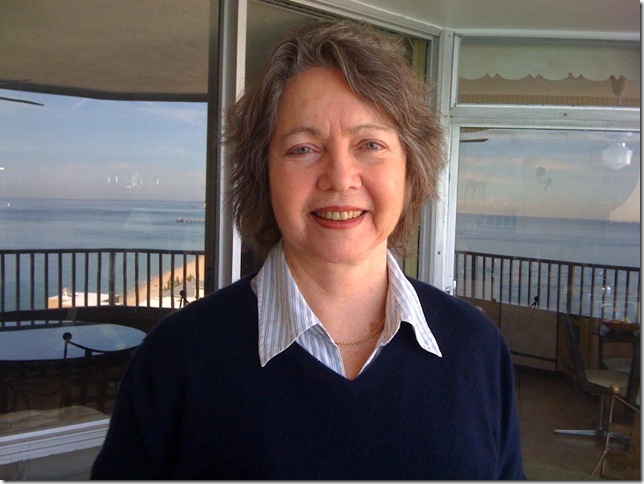 In the life of every creative artist, there must one day come The Leap.

It’s that moment of mental alchemy when all the bits and pieces the artist is trying to fit together suddenly come together, often while the creator is sleeping, paying bills or doing something else entirely other than concentrate on the work.

Ellen Taaffe Zwilich demonstrates by singing, in a sweet, confident soprano, the opening bars of the first string quartet by Beethoven. It sounds nice, but it took a long time for Beethoven to get to those measures just right, and his fitful, awkward sketches are proof of the grief it caused him, she says.

“We have no idea how it works, and it does not typically work A to B to C to D,” said Zwilich, a Pulitzer Prize-winning composer whose newest chamber work gets its Florida premiere Sunday at the Kravis Center. “The brain does something you don’t understand.”

Zwilich, 70, is a native South Floridian and one of the most honored American composers of our time. The first woman to earn a doctorate in composition at the Juilliard School, she was also the first woman composer to win a Pulitzer (for her First Symphony, in 1983). She grew up in Miami, went to Coral Gables High School, and now lives in New York and part-time in a Pompano Beach condominium with her companion of 28 years, Erik LaMont.

Her Septet for Piano Trio and String Quartet, which was premiered in April 2009 at the 92nd Street Y in New York, is the product of a dozen commissioning groups including the Kravis Center.  It will get its Florida premiere at the hands of the groups for which it was written: The Kalichstein-Laredo-Robinson Trio and the Miami String Quartet.
Zwilich said the piece was proposed to her by the trio’s cellist, Sharon Robinson. The KLR trio had often played as part of a quartet or quintet, and sometimes a sextet, but in a seven-player outfit.

“They said they had never been able to find anything for piano trio and string quartet. And I jumped at it. I thought it would be a wonderful thing to do,” she said, adding that she’d written a double concerto for Laredo and Robinson and a triple concerto for the whole trio to play. “It’s become a very family-like relationship, and I love them. I really love these people.”

Robinson, who along with her husband Jaime Laredo teaches at Indiana University, said the trio’s relationship with Zwilich extends back decades.

“She’s written so much for us over the years, and they’ve all been winners – winners with audiences and with critics,” she said. But this Septet tops them, she said.

“Actually, it’s my favorite piece of hers,” Robinson said. 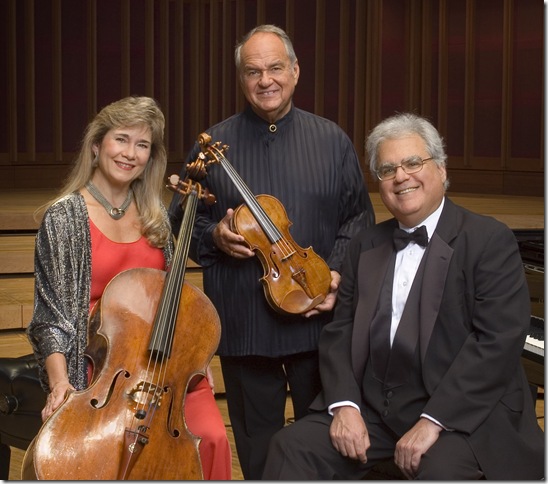 The Septet is divided into four movements, the outer two revolving around A and the inner two around D. The first movement, Introductions, utilizes themes from Zwilich’s Piano Trio and her Second String Quartet, and introduces material that will be heard throughout the work. The second movement, Quasi una Passacaglia, requires the players to toggle between a Baroque sound (no vibrato for the strings) and an intense, highly Romantic sound that grows from imitative trade-offs to a full-voiced climax.

The third, Games, is essentially a piece of hard-driving, bluesy jazz in classical dress, with the composer all but asking for “swing” eighths rather than straight as the players trade bits of blues scale and the piano offers a brassy repeated riff. The finale, Au Revoir, recalls material from the first two movements in big tableaux that eventually lead to a final sustained A, with quiet A major chords in the piano and lower strings, as the music evaporates.

That third movement proved to be one of the biggest difficulties for Robinson.

“It’s been a challenge to make it correct and give it that swing feeling. Of course, we all respect and revere the jazz tradition,” but crossing over between genres sounds easier than it often is. And this is where the composer came in handy.

“She’s really helped us loosen up and just be jazzier,” Robinson said.

In fact, Zwilich cites two composers as having a decided influence on her style: Beethoven and Thelonious Monk. And the Septet confirms that. Its long narrative arc and continual development of motifs reflect Beethoven, and the third movement’s  splatters-of-paint chords and tricky rhythms honor Monk, the seminal jazz pianist.

Zwilich grew up in the South Florida of the early 1950s, in what she says was a “really fine school music system.”

“And I’d much rather be a composer.”

But South Florida has not yet been able to develop the kind of critical mass that could make for a great cultural scene, she said.

“The scene in this area has never had deep roots. There were usually one or two big contributors, people who really beloved in something, performers who put it all on the line. But you need enormous roots to sustain things,” Zwilich said.

She uses a vivid example of what would happen if it did: A normality of scene, in which musical interests would be advanced by the simple expedient of the presence of everyday people who happen to be musicians taking part in other mass activities such as sports or putting their kids through the Cub Scouts.

“And the thing that happens with that is cultural, it isn’t just the people that get dressed up and go to a concert,” she said. “The second clarinetist plays golf. And he plays golf with people who aren’t musicians. So there’s that flow of intimate contact.

“When the musician is just a normal part of the community, it fans out. It spreads out in very, very interesting ways, and that’s always been a problem down here. And I don’t know what the answer is,” she said.

In addition to her composing — she’s written five symphonies, a dozen concerti, and, with the exception of opera, numerous works in every major form — Zwilich has been a visiting professor at Florida State University in Tallahassee for years. The young composers with whom she works are writing things that are “all over the map,” and she welcomes the technological changes that have come to the world of music.

“I think we’re at the dawn of something very, very interesting,” Zwilich said. “We’ve got to get a number of things right at this point. You look back at the history of the player piano, or the disc recording, and it was always going to be the end of music, and it never did anything but open things up.

“I’m not one of the doomsayers, ” said Zwilich, who does all her composing, even sketching, using the Sibelius music software program. “Every technological advance that people have gotten very upset about turned out so much better than they anticipated,” she said. “Of course, the problem with the Internet, which I happen to love, is that you really have to know what you’re looking at.”

But she does see a problem in that the U.S. educational system. She points, as many classical musicians do these days, to El Sistema, the state-sponsored music education program in Venezuela that is credited with literally saving the lives of thousands of at-risk children in the South American nation. Gustavo Dudamel, the new conductor of the Los Angeles Philharmonic, is a product of that program.

“There’s something so wonderful about that. I heard the orchestra in Carnegie Hall when I was there at a rehearsal. I was sitting with a couple other people, and it’s a combination: You want to laugh, and jump for joy, and cry. It’s just so beautiful, and why we can’t do that….” she says, her voice trailing off.

That leads her to suggest that American society needs to reorder its priorities.

“This craziness of the greed, and producing nothing but moving numbers around —  I kind of hope we can take a new direction and get down to what’s important in life. Giving our children not the latest pair of shoes or something, but art, learning, education, and getting young people a start in life. We’ve really dropped the ball in this country.”

For Zwilich, the most important thing about music is its communicative power, its ability to reach humans at their most basic level. As a composer, it goes even deeper for her; she tells the story of how her music came to terms with the heart attack death in June 1979 of her first husband, Metropolitan Opera violinist Joseph Zwilich, before she did.

“The piece I was working on when he died was my Chamber Symphony. When I could finally compose again, I had to start over, because I was so different. I think one of the things that happens to you when you have that kind of an experience is that your priorities totally rearrange.

“And I think I realized how deep music was in me,” she said. “I remember I had a very, very close friend, a colleague for many years, and I said to him, ‘I’ve got to write a memorial,’ and he said, ‘Oh, forget about it. Just go to the double-bar. It’s too early.’

“So I took that advice very seriously, but of course [the Chamber Symphony] was a lament, a memorial. And one of my best friends came with me to Boston for the premiere. She turned to me just afterward, and said: ‘Amazing. I hear acceptance at the end of this piece, and I haven’t heard a word of that out of you.’

“And I realized that my music, in an odd sort of way, was in a more advanced place than I was. And I guess I began to feel that it was more important to me than I had even realized.” 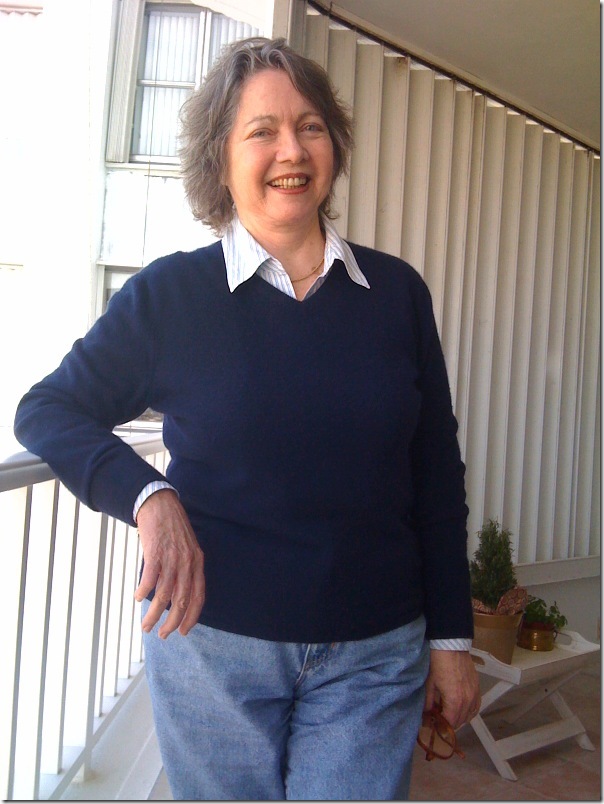 Robinson said Zwilich’s music is part of a renaissance that brought classical music out of the bad old days of mandatory atonality.

“Thank God for her, and the other writers like her,” she said. “It was a strange neighborhood were all having to live in, and it was not accepted by the mainstream audience.”

But Robinson said the KLR trio has been “extremely lucky” in the new works it has been able to champion. “Our audiences have come to trust us. We have been, I think, really successful at performing new music that’s going to live, that has depth, that has intellectual curiosity.”

One added benefit with playing Zwilich is that its author knows her way around instrumental potentialities, Robinson said.

“Ellen played a string instrument, and a brass instrument, and she understands how to write for them. She figures all that out,” she said. “She’s a consummate craftsperson … She has a message and she knows how to convey it.”

Direct and practical, in other words. And yet for Zwilich herself, music itself is something nearly mystical.

“And that means that it’s kind of wonderful for a composer to be able to be just exactly who he or she is.”

The Kalichstein-Laredo-Robinson Trio and the Miami String Quartet will perform at 8 p.m. Sunday at the Kravis Center, West Palm Beach. Also on the program in addition to the Zwilich Septet are the Piano Quintet in A of Antonin Dvorak (Op. 81), and the best-known string quintet (in E, G. 275) of Boccherini. Tickets: $20-$75. Call 832-7469 or visit www.kravis.org. 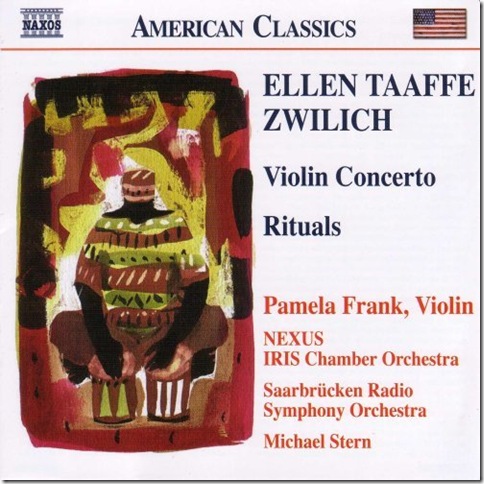 Here are some pieces and suggested recordings for getting to know the music of Ellen Zwilich, as suggested by the composer herself:

Film: Playwright August Wilson began his chronicle of the African-American experience throughout the … END_OF_DOCUMENT_TOKEN_TO_BE_REPLACED

Film: Just in time with the opening of movie theaters in Palm Beach County comes the season’s most … END_OF_DOCUMENT_TOKEN_TO_BE_REPLACED

Music: The very last concert Franz Joseph Haydn attended in his life was in March 1808, about a year … END_OF_DOCUMENT_TOKEN_TO_BE_REPLACED