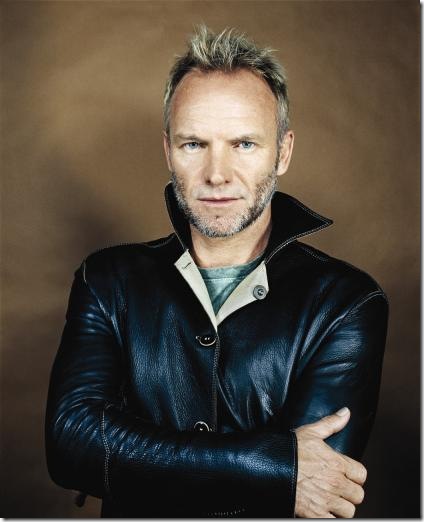 Pop music went through the beginnings of a seismic shift in late 1976, when the artist formerly known as Gordon Sumner decided to give up a teaching career in his hometown of Newcastle, England.

The 25-year-old Brit was also a vocalist and bassist who’d taken on the stage name Sting, and he was preparing to move to London as Christmas approached. Playing a farewell Newcastle show with his band Last Exit, he was approached by American drummer Stewart Copeland, then with the group Curved Air.

Within six months, those bands were history. Sting and Copeland enlisted British guitarist Andy Summers and formed The Police, arguably the most important pop band since The Beatles. And like the Fab Four, this trio didn’t have a long shelf life (1977-1984). Things were unraveling by the recording sessions for Sting’s 1985 solo debut, The Dream of the Blue Turtles, but the frontman has since remained not only the trio’s most high-profile figure (with worldwide record sales of nearly 100 million), but one of the world’s most recognizable celebrities.

Having referenced everything from jazz and blues to reggae and world music through his 40-year career, Sting’s latest recordings have ventured into the classical realm. The 2006 release Songs From the Labyrinth featured lute-based interpretations of 16th-century composer John Dowland’s music; the 2009 disc If On a Winter’s Night… holiday renditions of traditional songs and material by Schubert and Bach, and the new orchestral Symphonicities CD variations on Police and Sting tunes with the Royal Philharmonic Concert Orchestra, conducted by Steven Mercurio. All are on Deutsche Grammophon.

The Symphonicity tour started in May with a lineup that includes the Royal Philharmonic Concert Orchestra, Mercurio and longtime guitarist Dominic Miller. Sting brings the 50-piece ensemble to the Cruzan Ampitheater in West Palm Beach on Friday. For Mercurio, the tour actually presented an introduction to the compositions. 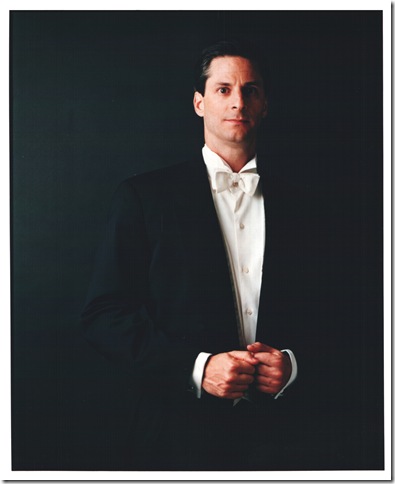 “I didn’t even really know Sting’s music before this,” says the genial, 54-year-old New York City-based conductor. “We’d never met. I may have heard a few of his songs, but I only really knew of him as a personality. The two sides that brought us together were Live Nation and Universal. Live Nation handles the nuts and bolts of the tour, and when Sting wanted to use a philharmonic, Universal was in charge of the classical element; taking care of the orchestra and conductor. The people there knew me, and so far, the tour has been terrific. We’re having a ball.”

Miller wasn’t all that familiar with Sting’s catalog, either, when he was in a similar position 20 years ago.

“I had a jazz and classical background in the ’80s,” said the 50-year-old guitarist, who’s been with Sting since his 1991 album The Soul Cages. “But I ended up working with [former Police] producer Hugh Padgham on a few projects. One was Phil Collins’ 1990 album ‘But Seriously,’ which ended up being a huge success. Hugh told Sting about me; I went over and jammed with him, and here I still am. At the time, I liked The Police and I liked Sting, but I wouldn’t have called myself a fan. I’ve certainly become one, though, because these are really great songs. You can play them any way, including with an orchestra, and they’ll stand up.”

Part of the reason that Sting’s songs translate into the classical realm is new arrangements. The composer cast a wide net for reinterpretations, and drew it back with gems by Vince Mendoza, Michel Legrand, Rob Mathes, Jorge Calandrelli, David Hartley, Bill Ross, Nicola Tescari, Robert Sadin, and Mercurio himself. The conductor earned his master’s degree from Juilliard in 1982, was mentored by Leonard Bernstein, and has worked with the New York Philharmonic and operatic vocalists Luciano Pavarotti and Andrea Bocelli. Hardly a classical elitist, Mercurio was not only open to working with a pop star, but excited at the prospect after their first meeting.

“Everything happened so quickly,” Mercurio says. “Sting lives over at Central Park West, so I went over and we discussed his ideas for the tour. I told him what I could help him do, and one thing was to bring the orchestra to him, which made him feel more comfortable. As a composer and arranger myself, he knew I could also help modify and adjust the pieces as he saw fit. We’re continuing to do that.

“The biggest challenge is probably not losing the integrity of the original pop songs, while not making the orchestra subservient. We didn’t want a pops concert, or a rock show where the orchestra is playing whole notes and just humming in neutral. We wanted it to be close to 50/50, and I think we’ve achieved that.”

For Miller, that means having to make his voice heard in the modification process.

“I’m hoping that the arrangers won’t recognize their arrangements by the end of this tour,” he says with a laugh (and a lasting British accent from his London days that belies the fact that he was born in Buenos Aires; attended high school in Wisconsin, and currently lives in France). “They were asked to do a job, which they did really well. But we’re playing the songs, so I’m trying things that might influence Sting and Steven to rethink them. They change and evolve as we go, the same as in a rock band. If the orchestra were a keyboard player, we’d be doing the same thing.”

Mercurio canceled summer performances of Verdi’s Rigoletto with the Italian Teatro L’Opera company, among other projects, to conduct the Symphonicity tour. He recalls its initial rehearsals as brief yet productive.

“We had a week in New York a few months ago where we went through 28 songs,” he says. “We kept 26 of them. But we adjusted both the orchestrations and the forms; redid introductions and codas, thinned things out and added things. Sting got excited after that, and started suggesting other tunes.”

Miller says rehearsals “were really good and a lot of fun. What a luxury to rehearse with an orchestra. And what an expense!”

The 2007-2008 Police reunion tour, by contrast, featured fewer musicians and expenses but significantly more tension. Though he playing some of the same songs, Sting has referred to the experience as “like going back to a dysfunctional marriage.”

For the Symphonicity tour, Mercurio’s arrangements include Sting’s solo offerings You Will Be My Ain True Love and When We Dance. It was also his idea to preface Mendoza’s arrangement of Russians with the coronation scene from Mussorgsky’s Boris Godunov.

“There were so many arrangers that it was like a big pile-up,” says Mercurio. “I think there are six different ones on the album alone, but they were all coordinated by Rob Mathes. He produced the record and did 35 to 40 percent of the arranging. My job with him was to make sure that all the arrangements fit this size orchestra and worked well for Sting.”

The Symphonicities CD, to be released July 13, features Police hits in Roxanne, Next to You and Ev’ry Little Thing She Does Is Magic, as well as a lesser-known gem in I Burn for You. The other tracks are all Sting solo efforts, including Englishman in New York, We Work the Black Seam and She’s Too Good for Me. Yet the tour was scheduled well before the CD was even considered.

“Once Sting started hearing the arrangements with the orchestra, he said, ‘We have to record this,’” Mercurio says. “We were just scheduled to tour before that. So we went to London to rehearse for a week after the initial rehearsals, during which time other songs were added and the original tunes were adjusted more, and then we did the recording. After that, we did warm-up gigs in Germany and Morocco, then started the official tour on June 2 in Vancouver.” 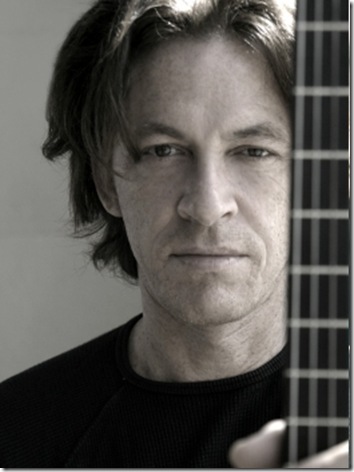 While Mercurio has familiarized himself with Sting’s music through the prism of a 45-piece orchestra, Miller is the musical director for his accompanying smaller touring lineup, which includes vocalist Jo Lawry, bassist Ira Coleman, and percussionists Rhani Krija and David Cossin. The orchestral context may be different from his norm, but Miller has grown used to change with Sting.

“I don’t really see a huge difference,” he says. “This job has always been interesting, challenging and taxing as a musician, because you’re always evolving. And this is my biggest challenge in 20 years with Sting. The difference is that we now have an orchestra, which I see as just like having another instrument, although they don’t jam! Bands like Deep Purple and Metallica have played with orchestras, but they’ve been more like separate entities. In our case, the band and orchestra are very merged.”

Neither Miller nor Mercurio will be able to merge with their non-Sting musical endeavors any time soon, since a European Symphonicity tour will start in September after the North American dates conclude. The oft-nylon-stringed guitarist recently released his seventh solo CD, an electric, fusion-influenced instrumental effort that was produced by Padgham called November (Q-rious). Yet he has no time to tour in support of it.

“I have some momentum going with my band,” Miller says, “particularly in Europe, the Middle East and the Far East. But I’ve put that on hold. I might be able to do some midnight shows along the way, but then again, I have the best day job in the world! I’ve never passed up an opportunity to work with Sting, and never will.”

Mercurio’s latest recording is the 2006 orchestra-and-vocal CD Many Voices (Sony). He’s currently trying to find time to complete a four-movement symphony inspired by Eugene O’Neill’s work The Last Will and Testament of an Extremely Distinguished Dog. O’Neill dedicated the piece to his wife after the death of their family pet in 1940, and Mercurio’s wife presented him with a copy upon the loss of theirs.

“It’s called ‘A Grateful Tail,’ and most of the movements are almost done,” Mercurio says. “It’s the third movement, with the O’Neill text in it, and the first movement, an eight or nine-minute allegro, that I’m trying to find time to finish. Some of the movements have already been performed and gotten a great response, so the entire symphony will be recorded and presented.”

All in good time, however, since both conductor and guitarist seem to enjoy being part of their current Sting with strings movement.

“It’s been very exciting,” Mercurio says. “It’s great to watch people react, and the response has been phenomenal. A lot of Sting’s audience doesn’t usually experience an orchestra, but at the end of shows, they’re telling me, ‘Wow, the orchestra really rocks.’ I’ve done six productions of ‘Rigoletto’ already, but this was a unique experience that I felt was, ironically, even more artistically interesting.

“Everyone involved in this wants to contribute and get it right. I don’t think musicians are as judgmental anymore, thankfully. They’re more three-dimensional now. They know that you can play pop music brilliantly, and you can play Mozart badly,” he says. “And that doing this the right way is more fulfilling.”

Miller even says that “Sting’s compositions aren’t that different from Bach’s.”

“He doesn’t play it safe, and he inspires us not to, either. He did a lute album, of all things; re-formed The Police, and did a winter album. He’s done risky things, and I stand by him. I wouldn’t necessarily compare Police songs to Bach, but really good composition is indestructible. Which made this a fantastic opportunity.”

Sting and the Royal Philharmonic Concert Orchestra perform at 8 p.m. Friday, July 2, at the Cruzan Amphitheatre in West Palm Beach. Tickets range from $27-$157 and are available through www.livenation.com.

Music: The very last concert Franz Joseph Haydn attended in his life was in March 1808, about a year … END_OF_DOCUMENT_TOKEN_TO_BE_REPLACED

Film: Major League Baseball culminates each season with the World Series, but to find the true … END_OF_DOCUMENT_TOKEN_TO_BE_REPLACED