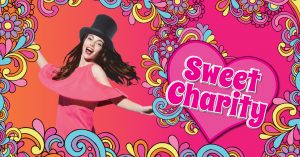 Two more theater troupes have postponed or canceled shows as the omicron variant of the novel coronavirus continues its spread across the country.

“Due to the recent surge of Omicron,” the Maltz Jupiter Theatre has announced further changes to its grand reopening season.

The COVID-19 variant has delayed the completion of the $36 million building renovation, causing the cancellation of Sweet Charity, which was to be the first production back at the Maltz playhouse (Feb. 19-March 9). Previously announced was the scrubbing of Jersey Boys, which was to be produced at Roger Dean Stadium (Jan. 11-30).

The Maltz season will now begin with the previously scheduled comedy I Hate Hamlet at Jupiter’s Benjamin School auditorium (Feb. 8-20), followed by the con men musical Dirty Rotten Scoundrels (March 22-April 10) at the renovated Maltz. Subscribers will be reimbursed on a prorated basis for the canceled shows.

Instead of a refund or a donation to the theater, subscribers or single ticket holders can apply for “house credit” by contacting customerservice@jupitertheatre.org by Jan. 17.

Artistic director Matt Stabile pulled the plug on the show just as rehearsals were to begin because of the disruptions that COVID and the omicron variant were causing that would potentially harm this world premiere. In a written statement, he said that he hoped to reschedule the production as soon as it would be feasible.

At this point, the rest of Theatre Lab’s season is intact, with the next play, Overactive Letdown, also a world premiere, set to run from March 26 to April 10. The box office will begin issuing refunds to Last Night in Inwood single ticket holders and a partial refund to season subscribers.

Also, Jazz Fest Pompano Beach, which was to have debuted on the last weekend in January, has been canceled because of COVID, festival organizers said.

Film: Playwright August Wilson began his chronicle of the African-American experience throughout the … END_OF_DOCUMENT_TOKEN_TO_BE_REPLACED

Film: Just in time with the opening of movie theaters in Palm Beach County comes the season’s most … END_OF_DOCUMENT_TOKEN_TO_BE_REPLACED

Music: The very last concert Franz Joseph Haydn attended in his life was in March 1808, about a year … END_OF_DOCUMENT_TOKEN_TO_BE_REPLACED