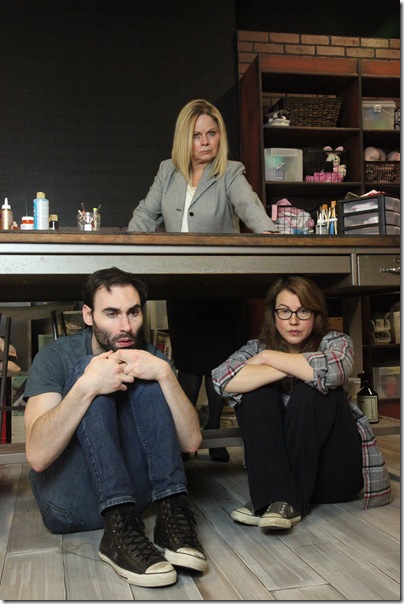 Go ahead, Google it. There really are reborning dolls, vinyl playthings that have been transformed to resemble human babies with as much realism as possible, often employed as substitutes for recently deceased children.

Don’t feel bad if you were unaware of the real-world curiosity. Neither were the cast members of Reborning, a creepy little stage play by Zayd Dohrn opening at the Arts Garage on Wednesday in its newly created black box space.

“It’s incredible. I had no idea, but it’s a pretty interesting thing to have a play about,” says Elizabeth Price, who returns to the Garage after appearing last season in The How and the Why. She plays reborning doll artist and former drug addict, Kelly. “Yeah, it’s creepy, but also kind of an interesting social phenomenon and really intriguing.”

In the play, Kelly and her artist husband Daizy (Nicholas Wilder), who live and work in Queens, have their lives disrupted in unexpected ways when an older woman named Emily (Deborah Kondelik) walks into their lives, commissioning Kelly to make a very specific doll.

Beyond that, the cast and their director, Keith Garsson, would rather not say much about what happens.

“There are surprises along the way,” concedes Price. “It keeps you guessing and I think by the end you’re still guessing, which I like.”

“It twists as it unfolds,” adds Kondelik, who teaches drama at Broward College. “It’s a real roller coaster.”

Garsson’s first encounter with a reborning doll was not on the page, but at Boca Raton’s Town Center Mall. There he saw a woman with one such doll in a baby carriage. “It took me a minute to realize that was not a real baby,” he recalls. “As I was staring at it, somebody said to me, ‘Yeah, creepy.’ ”

Even creepier is Dohrn’s psychological thriller, which Garsson likens to the plays of Nobel laureate Harold Pinter. As he puts it, “The appeal for me is the Pinteresque quality, that everything is fine and then the menace arrives.” 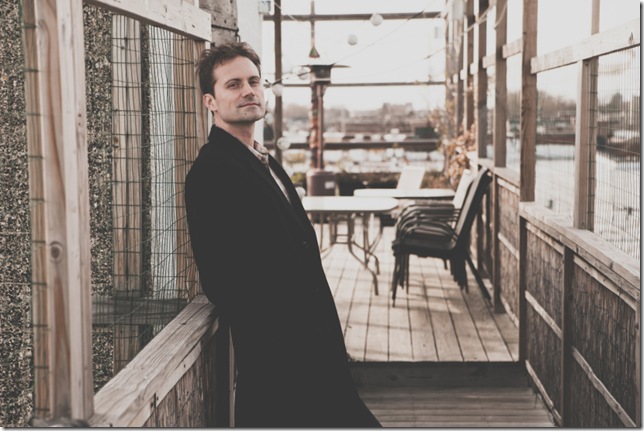 He quickly recognized that Reborning would appeal to the audience he is developing at Arts Garage. “Number one and most importantly, it’s something they will not have seen before. Number two, it’s a great story. And number three, it bridges the generations,” says Garsson. “We have an element to it that the traditional theater audience these days can appreciate, but the story itself reaches out to the next generation. The generation we were able to capture with ‘Sex with Strangers.’ ”

“Like most good scripts, the actual reborning is just a platform to tell a story about characters affected by it,” he says. “I hope people will come away talking about the emotional impact the reborning dolls have on the characters.”

“I like the juxtaposition of the highly dramatic with the comedic,” says Kondelik. “It’s so integrally woven, It’s funny sometimes, but it’s not, y’know?”

“I think audiences will be attracted by the mystery of it and to what these characters are dealing with,” says Price. “I think there’s a good possibility that they’ll identify with one of the two women. It’s an exciting night at the theater, a play which offers an unusual story that you haven’t seen before, that takes you to places you don’t expect, with characters who are intriguing.”

Film: Just in time with the opening of movie theaters in Palm Beach County comes the season’s most … END_OF_DOCUMENT_TOKEN_TO_BE_REPLACED

Music: The very last concert Franz Joseph Haydn attended in his life was in March 1808, about a year … END_OF_DOCUMENT_TOKEN_TO_BE_REPLACED