Representatives from distinguished arts organizations — including Katie Deits from the Lighthouse ArtCenter, Cynthia Palmieri from the Ann Norton Sculpture Gardens, Andrew Kato from Maltz Jupiter Theatre and Joe Gillie from the Delray Beach Center for the Arts at Old School Square — were in attendance at the Palm Beach County Convention Center in West Palm Beach to learn how to strengthen the connection between their organizations and the business community.

“Arts and culture generate nearly $250 million in economic impact in Palm Beach County each year, so it is clear that when the arts thrive, the economy thrives,” said Rena Blades, president and CEO of the council.

Keynote speaker Ben Cameron, program director for the arts at the Doris Duke Charitable Foundation and a member of the Tony Awards nominating committee, spoke about the changing nature of the arts in a digital environment, having the correct amount of capitalization, the capacity of arts organizations to adapt to the times, and how to be responsive and flexible to outside forces.

“The biggest challenge to boards of directors is to remain open-minded and to think what can be, not what was,” Cameron said to a rapt audience in a breakout session titled “Are Our Boards the Right Boards?” 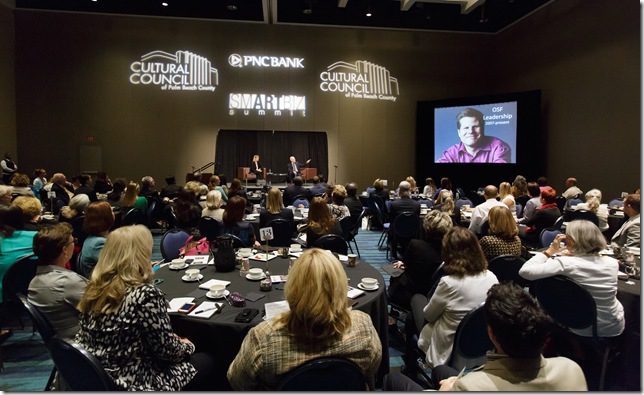 He discussed the Oregon Shakespeare Festival, which expanded its definition of “Shakespeare” to include more diverse audiences. He referenced John Michael Schert, a visionary in conceptualization and marketing from the Trey McIntyre Project, a dance troupe in Boise, Idaho. He encouraged having a digital mindset and referenced the company LetGive, creator of Charity Alarm Clock, a mobile app that lets users donate 25 cents to charity every time they hit the snooze buttons on their alarm clocks.

Additionally, Cameron mentioned the board of Chicago’s Steppenwolf Theatre Company as being one of the best.

“They have a vision, are strategic and on fire,” he said. “They’ve leveraged resources and have a consciousness and awareness of what’s needed. Properly motivated boards which leverage creativity can be maximally effective.”

Cameron said he learned much about the nonprofit world from the six years he spent in Target’s community-relations department. His other influences include Richard Chait, a Harvard University professor and expert on higher-education governance, and Ronald Heifitz of Harvard’s John F. Kennedy School of Government.

“I learned more about teamwork at Target and how consensual decisions are made in a dynamic environment,” he said. “I believe the arts are critical to society. They bring unlike people together in a cooperative, not competitive, environment.” 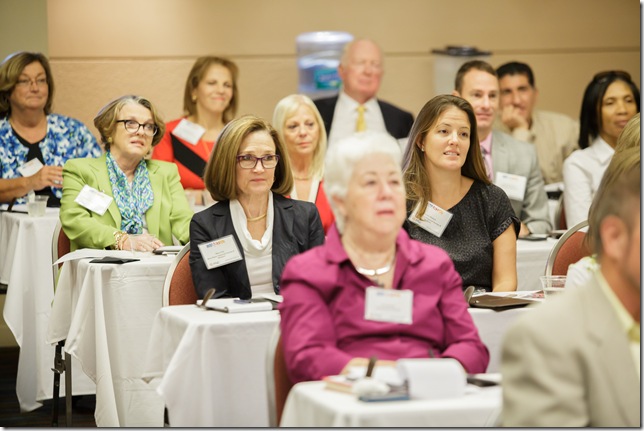 In a breakout marketing/social-media session, Ray Popp, former head of social media for Groupon and current executive director of marketing at Levatas, a next-generation ad agency in Palm Beach Gardens, gave insight into the latest sites and how to use them for a targeted effect.

“Social marketing is not for everyone,” Popp told the attendees. “Will it make a difference to your company?”

His top six tips for social-media marketing include: make things customers want; tell a unique story; be creative; add value; take the time; and think through your strategy.

Melissa Carter, marketing director for the Delray Beach Center for the Arts at Old School Square, was impressed with the session. Trying to develop a strategy to market the various programming components of the center’s diverse events, Carter solicited advice from Popp.

“When it comes to social media, content needs to be creative and relevant,” she said. “In other words, we need to make things people want rather than make people want things we make.” 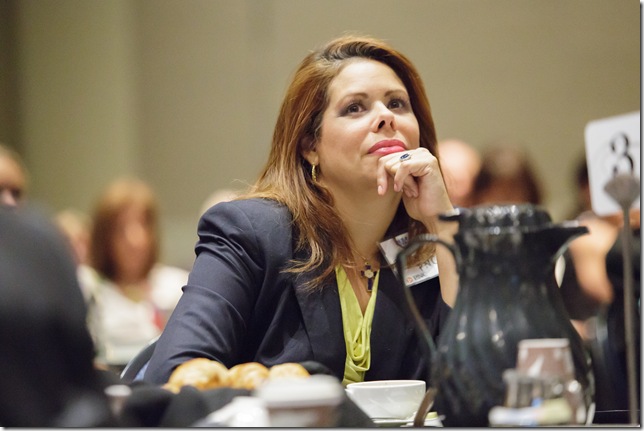 Debbie Coles-Dobay, the public-arts manager for Boynton Beach, which is hosting its International Kinetic Art Exhibit and Symposium in February, came to the event looking for new and innovative ways to market the city’s art scene.

“Ben Cameron provided tips on how to engage my board and manage change, some of which I applied in my arts commission meeting that same night,” Coles-Dobay said. 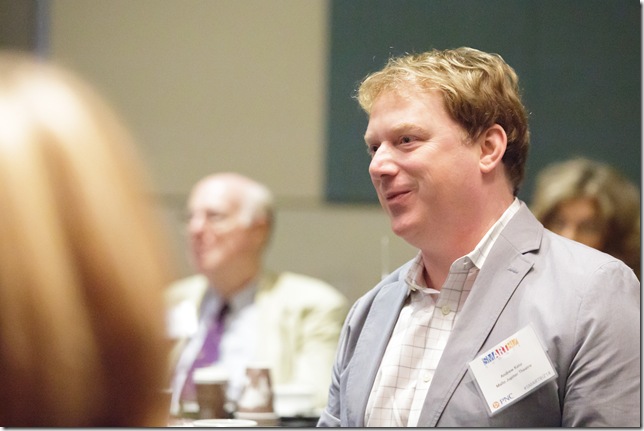 Eleven local arts organization received grants from the council that were underwritten by PNC Bank and totaled more than $44,000. They were:

• $5,000 to Palm Beach Dramaworks for expansion and renovation.

• $5,000 to the Palm Beach Photographic Centre for database-management software and brand architecture and design.

• $5,000 to the Palm Beach Symphony for an outreach video campaign.

• $5,000 to the South Florida Fair / Expo Center / Yesteryear Village for an arts consultant.

• $4,995 to the Lighthouse ArtCenter for enhanced fundraising tools and training.

• $4,900 to the Ann Norton Sculpture Gardens for website redesign.

• $4,560 to Expanding and Preserving Our Cultural Heritage for fundraising software and equipment.

• $3,000 to Maltz Jupiter Theatre for website redevelopment and a high-definition camera.

• $2,800 to The Symphonia Boca Raton for fundraising, grant-writing and strategic planning.

• $2,527 to the Lake Worth Playhouse for a professional printer.

• $2,000 to the Slow Burn Theatre Co. for board and staff development.

Film: Playwright August Wilson began his chronicle of the African-American experience throughout the … END_OF_DOCUMENT_TOKEN_TO_BE_REPLACED

Film: Just in time with the opening of movie theaters in Palm Beach County comes the season’s most … END_OF_DOCUMENT_TOKEN_TO_BE_REPLACED

Music: The very last concert Franz Joseph Haydn attended in his life was in March 1808, about a year … END_OF_DOCUMENT_TOKEN_TO_BE_REPLACED