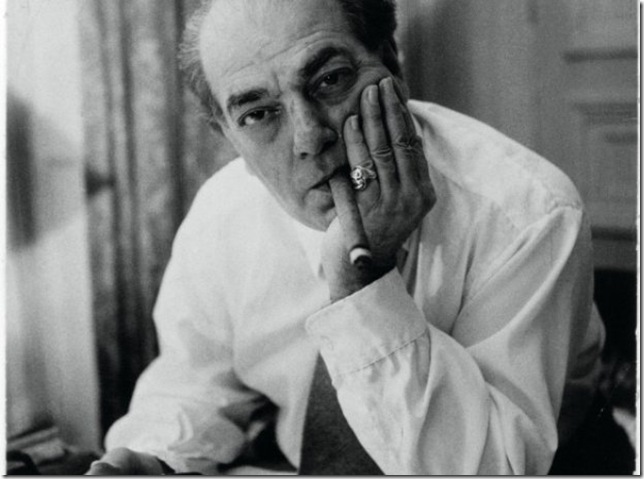 The Delray String Quartet opened its 12th season this past weekend with a new member in the second violinist seat and a season of concerts full of unusual repertoire.

The Uzbek violinist Valentin Mansurov, a familiar face to concertgoers in the area for several years now, has taken the chair occupied for years by Tomás Cotik, who in turn has joined Miami’s Amernet String Quartet as its second violinist.

Sunday’s program at the Colony Hotel in downtown Delray Beach was well-conceived, with four works of Spanish or Latin American extraction, three of which the Delray have offered in previous seasons. In addition to quartets by Argentina’s Alberto Ginastera and Brazil’s Heitor Villa-Lobos, the quartet performed two short pieces by Spain’s Joaquin Turina and Argentina’s Astor Piazzolla.

The Quartet No. 1 of Ginastera, which was on the first half of the program, is characteristic of this composer’s best-known work, with its emphasis on hammered rhythms, a stark harmonic language and an uncompromising emotional landscape. It is very difficult music, as violist Richard Fleischman was careful to point out in remarks to the small crowd at the Colony, and which gave a sense of sporting competition to the audience’s reception of the work.

The quartet played the Ginastera with intensity and forcefulness, with clear commitment and good ensemble. The four seem to work well together, and Mansurov’s style, which is more Russian-school emotive than Cotik’s Viennese classicism, fits snugly with this quartet’s emphasis on late Romantic and contemporary works. The chugging first movement was played with all-out force, and the foursome brought off the strange blizzard of runs just before the ending impressively. The second movement, which is something of an encyclopedia of string effects, was also well-played, though here and in the first movement, wider dynamics would have given the music more texture and brought out the differences between the two.

Much easier said than done, though, given the music room at the Colony, with its quirky drawbacks of no air conditioning on a very hot Sunday and the windows wide open to streets beloved of motorcyclists. The moody third-movement nocturne did nothing to quiet the bikers, but it provided the dramatic high point of the piece, with all four players trading passionate outbursts of melody over a framework of a six-note chord spelling out the open strings of a guitar. The finale, aggressive as it is, is more traditionally tuneful than the other three, and the Delray made the most of it, making the music warmer, and ending in expert style.

The other major quartet, the Fifth Quartet (Quarteto Popular) of Villa-Lobos, which dates from 1931, demonstrates the composer’s magpie eclecticism perfectly in the first movement, a series of short, self-contained tunes played one after the other. This is much more genial music than the Ginastera, and the Delrays rendered it with high spirits.

They seemed to be having particular fun when the music settled into some of the popular-music rhythms such as the three-chord vamp that gets the third movement off to a catchy start. But there is a whole South American salad of rhythms in this piece, and the group handled them with verve and style.

The concert opened with Turina’s most famous piece, La Oración del Torero, or Bullfighter’s Prayer. It’s a lovely piece, heavily influenced by French music, but still redolent of Spain. Unison octaves were out of tune in a couple places, but that didn’t detract much from the overall performance, which was vivid, sensuous and evocative.

The final work on the program Sunday was Piazzolla’s Tango Ballet, drawn from an unsuccessful 1956 film score. Written in six sections, it’s something of a display piece for the first violin early on, and Mei Mei Luo had clearly spent some time nailing it down, and was able to toss off its difficulties persuasively and with the feel of a street-band virtuoso.

There was good work all around here from the rest of the players, as Mansurov, Fleischman and cellist Claudio Jaffé all offered impressive solo displays. This piece’s very typical Piazzolla blend of contemporary colors with folk and popular music suits the Delray Quartet well; they seem to have an instinctive feel for it.

It’s a good time for the Delray String Quartet, with its disc of quartets by Richard Danielpour on the way and enough of a track record to be able to quickly replace and important member and move on. Its audience is a loyal one, and the concerts ahead have enough fresh repertoire to make the group well worth seeking out if you haven’t already.

The Delray String Quartet is joined by pianist Marina Radiushina for the rarely heard Piano Quintet of Erich Wolfgang Korngold on its next concerts, on a program that also includes the Bagatelles of Dvořák and another rarity, the Viola d’Amore Quartet No. 2 of Franz Anton Hoffmeister. Concerts are Dec. 11 at All Saints Episcopal in Fort Lauderdale and Dec. 13 at the Colony Hotel in Delray Beach. For more information, call 213-4138 or visit www.delraystringquartet.com.

Film: Playwright August Wilson began his chronicle of the African-American experience throughout the … END_OF_DOCUMENT_TOKEN_TO_BE_REPLACED

Film: Just in time with the opening of movie theaters in Palm Beach County comes the season’s most … END_OF_DOCUMENT_TOKEN_TO_BE_REPLACED

Music: The very last concert Franz Joseph Haydn attended in his life was in March 1808, about a year … END_OF_DOCUMENT_TOKEN_TO_BE_REPLACED