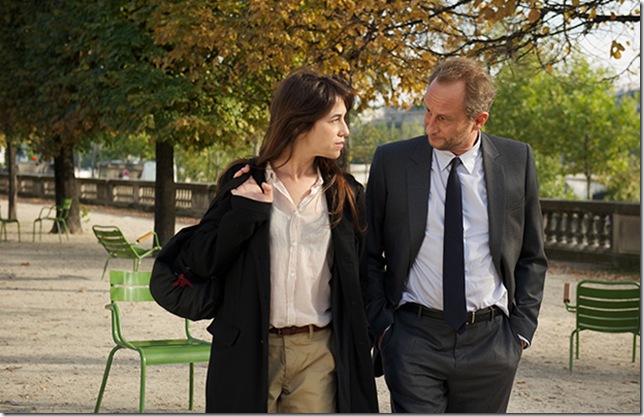 French writer-director Benoît Jacquot’s work was little known outside his country until three years ago, when his Farewell, My Queen, a period-perfect look at Marie Antoinette and her reader servant, became an international hit.

His follow-up is the contemporary Trois Coeurs (Three Hearts), which opened locally this past weekend, a melodramatic tale of a romantic triangle between a tax inspector and two sisters. Jacquot flew in for the Miami International Film Festival earlier this month, where he spoke to ArtsPaper about his new movie, through an interpreter.

“For a long time I wanted to create a love story, but with complications.” he says, explaining the film’s genesis. “I had previously done a number of movies with female characters mainly. I wanted to make a movie now starring a male character.”

As the tax auditor Marc Beaulieu, Jacquot chose the Belgian actor Benoît Poelvoorde, who is similarly little known over here, and cast him against three celebrated actresses — Charlotte Gainsbourg and Chiara Mastroianni as sisters Sylvie and Sophie, and the legendary Catherine Deneuve as their mother.

While working in a small French town, Marc notices Sylvie and they walk and talk all night and fall in love, a meeting that may bring to mind Richard Linklater’s Before Sunrise. He acknowledges the similarity, adding, “Yes, sure. But there are many, many films like that. Without that story, there wouldn’t be any romantic movies.”

They agree to meet a week later in Paris, but before they can, Marc suffers a heart attack and misses the rendezvous. Movie fans will probably recognize that as the plot of the Cary Grant-Deborah Kerr classic, An Affair to Remember. “Yes,” concedes Jacquot, “and before that ‘Love Affair,’ with Charles Boyer. Both films I know very well. I wanted to make a movie about a love story that is somewhat contrived, and those are the movies that come to mind. But I wanted to turn it into something different.” 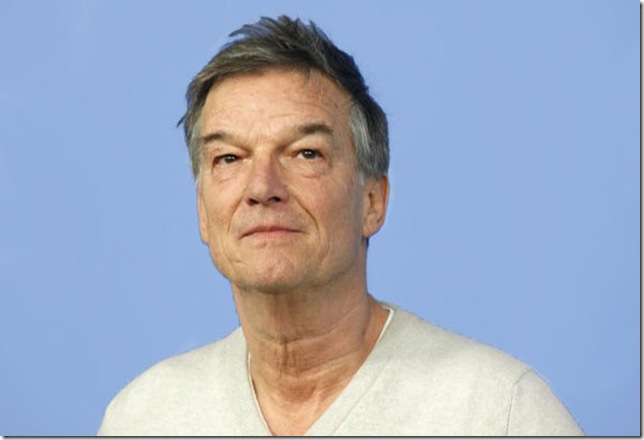 That broken-date contrivance is more far-fetched these days, in the era of cellphones. “Yes, but that’s the point,” Jacquot agrees. “He lost his cellphone. He wanted to give her his number, but he can’t. She was trying to tell him that they are tied in a magical way. If they are going to meet again, it will be by magic, not technology. In my experience, all these love stories have to overcome all the contrivances that appear, that stand in their way. Life always tries to prevent love stories from happening, but you have to overcome that.”

After that missed date with Sylvie, Marc coincidentally meets her sister Sophie. They fall in love and become engaged, but as the family gathers for the wedding, Marc realizes that the two women are sisters, which leads to an emotional crisis.

Emphasizing the differences between Europeans films and those made in Hollywood, which might have played the situation for laughs, Jacquot cast the unassuming Poelvoorde instead of a George Clooney type. “He does a lot of comedy in France, but to see him in this more dramatic role is very pleasing to me,” says the director.

“But of the three actresses, the first one to commit to the project was Charlotte Gainsbourg. I wrote the role of the mother for Catherine Deneuve, with her in mind, and she read it and was very interested in doing the film.” Jacquot originally had in mind Léa Seydoux of Farewell, My Queen for the role of Sophie, but when she suddenly became unavailable, Deneuve suggested her own daughter, Mastroianni. 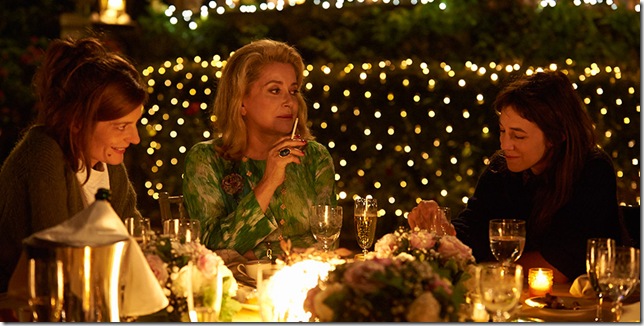 “Originally, I wanted the sister to be a lot younger. At least 10 years younger than Charlotte Gainsbourg. But Chiarra is the same age,” says Jacquot. “And that similarity became very interesting to me, the fact that they were the same age and the same woman almost, as if they were twins.”

Think of Trois Coeurs as a romance film that refuses to romanticize its subject. Love, says Jacquot, “is so paradoxical, because it’s almost impossible for a man or a woman to live their life without love or love stories, and at the same time life seems to organize itself in such a way that makes those love stories almost impossible. To prevent the love from really happening.”

Film: Playwright August Wilson began his chronicle of the African-American experience throughout the … END_OF_DOCUMENT_TOKEN_TO_BE_REPLACED

Film: Just in time with the opening of movie theaters in Palm Beach County comes the season’s most … END_OF_DOCUMENT_TOKEN_TO_BE_REPLACED

Music: The very last concert Franz Joseph Haydn attended in his life was in March 1808, about a year … END_OF_DOCUMENT_TOKEN_TO_BE_REPLACED