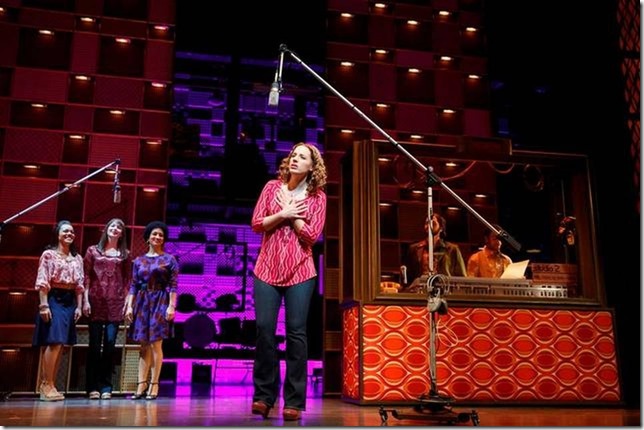 “I didn’t want to do it,” he says bluntly, sitting on the couch in his East Side New York office apartment. He knew that King insisted that the focus of such a show be widened to include Gerry Goffin, her chief lyricist and former husband, as well as composer Barry Mann and lyricist Cynthia Weil, her close friends and friendly competitors for hit parade prominence.

As to King’s reticence, McGrath rolls his eyes toward the ceiling. “Oh, Lord, yes. I don’t want to have misled you into thinking she was eager in any way for any part of this to have happened. The whole idea of the show, I think, scared her.” He notes that there was an earlier attempt at a jukebox musical of her song trunk which never materialized. “And Carole was so hesitant about it, they couldn’t even get her to come to the reading. So she shut it down.”

Warily, McGrath met the prospective principals of the show and they hit it off so well that began a journey that would take five years from first meeting to opening night on Broadway. It is still playing at the Stephen Sondheim Theatre, after more than two years and over 900 performances, earning two Tony Awards.

The national tour opens tonight at the Broward Center in Fort Lauderdale, running two weeks through May 22. The show charts King’s career from writing rock ‘n’ roll hits for others (“Some Kind of Wonderful,” “The Locomotion,” “Up on the Roof”) to her emergence as a performer singing her own compositions (“It’s Too Late,” “I Feel the Earth Move,” “You’ve Got a Friend”).

Of King, McGrath says, “She and I had a good bond early on. I said if I’m going to do it, I want to interview the four songwriters at length, like I’m writing their own biographies. I want to know everything I can and then I’ll figure out how to tell the story.

“She came and she sat on this couch and talked to me for hours and hours and hours about things I don’t think she’s talked to people about for a very long time,” he recalls. “She’d had an early marriage with a man she loved deeply, but it was too early and he was a very complex guy and they couldn’t make it work. I think it was a very traumatic part of her life. (Goffin) was her first love and, I believe, he was always her real love, her true love.”

“She told me everything. It was very emotional for her. Funnily enough, she was also at the time writing her autobiography and I thought she was probably holding back some things from me to keep for the book. I would,” concedes McGrath. “And in fact when her book came out and I read it, I saw that she told me much more than she could put in the book. She doesn’t really go into the period our show covers. The emotional stuff certainly, almost not at all. 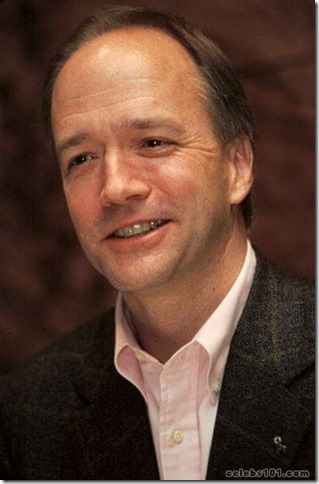 “So she came, she sat, she cried, she laughed and then she went away and didn’t want to talk about it again,” says McGrath. King told the show’s producer to proceed with the development of the show, and to call her when they are ready to hold a reading of the script.

“It took a lot of getting ready. I sat in that chair for a long time with hundreds of pages of transcript. And then I thought, ‘I just going to have to start playing their music while I studied this.’ So I’m listening to that gorgeous music — hers and theirs and Barry and Cynthia’s — and every so often you’d hear a song and you’d think, ‘Oh, that resonates with this,’ and slowly I saw that the music I liked the best connected to the story I liked the best. And everything else I kind of put aside.”

McGrath knew he wanted to create a show with more emotional power than a mere jukebox musical. “We have no book songs. It’s always someone saying, ‘I wrote this song. Do you want to hear it?’ But I wanted them to have the effect of a book song, so I always placed the material, the song, near the part of their lives that informed that song the most. When you hear the song, you think, ‘My God, of course, because he’s this way and you’re that way and that’s what this means.’ They’re placed very carefully so you can hear them beyond a nostalgic experience or beyond the pop experience.”

Eventually, a script emerged and a reading of it was held. “And if she hadn’t liked the reading, it could have been all over. Carole came and sat in the last row, trying not to be seen too much. That really didn’t work. My wife and I and Paul (Blake, the show’s lead producer) were standing at the back. So I’m watching her and it seems like she’s loving it. She’s laughing and laughing and leaning over to her daughter, Sherry, who’d been an important part of getting her there.”

At intermission, King and her daughter went out into the hallway. And they never returned.

“For some strange reason — and I’m never averse to panicking — I didn’t panic this time,” says McGrath. “As it turned out, she left because at the end of the first act, something terrible happens in her marriage. So she thought, ‘I know what’s happening next in Act Two,’ and she said to herself, ‘I don’t want to watch that. It’s too painful.’

“Furthermore she thought, ‘I trust them now. I like what they’re doing, I like the four characters, I like the way the music’s being treated.’ And so she said, ‘You may have the rights. I have complete faith in you, but I’m not coming to the show, I want you to know that. And everyone thought,

Beautiful tried out in San Francisco, and King did not come to the opening there. It got encouraging reviews, did great business, so it moved on to Broadway. On opening night in New York, King was again a no-show. It was not until four months later that her curiosity got the better of her. 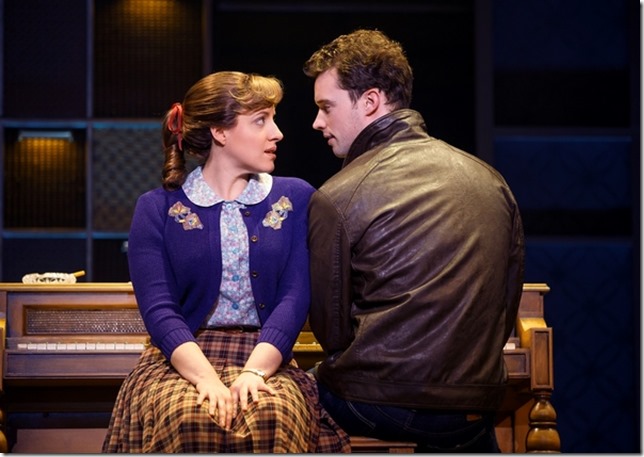 “But her whole thing was she didn’t want people to recognize her, so she comes in disguise,” recounts McGrath. “She thinks, ‘I’ll come, but they won’t know I’m here.’ It’s like ‘I Love Lucy.’ She put on a wig, a scarf, and she came with Sherry, her daughter.” McGrath was standing at the back of the theater, having been tipped off by the producer, so he saw King slip out a side door a few minutes before the performance ended. This time, though, she returned, minus the disguise, to crash the curtain call.

“Halfway through the curtain call, Carole comes out from stage right. The cast is all lined up onstage and they’re not used to people walking out from the wings. The ones near that side turn to look and go, ‘Oh, my God!’ And one by one, the same reaction, and it’s the same with the audience,” reports McGrath. “They start recognizing her and start clapping. Then everybody was on their feet, screaming and cheering. She couldn’t get a word out for five minutes. The cast was in tears, the whole thing was very emotional.”

It was an evening that made the five-year journey of Beautiful worthwhile for McGrath. And the royalty checks aren’t bad, either. He stops by the theater every few weeks to check on the production and to admire his handiwork.

“Most people, I believe, think, ‘Carole King: Born, learned to walk, recorded ‘Tapestry.’’ What they don’t know is that for 12 years before that, she was writing hit songs for all the great artists of the day, starting with the Shirelles, going to The Monkees, The Drifters and on and on. If you stand in the lobby, what you’re going to hear is ‘I can’t believe she wrote that. I never knew she wrote that.’ Even if they are fans of Carole’s, this show will surprise them a lot about her.”

Film: Playwright August Wilson began his chronicle of the African-American experience throughout the … END_OF_DOCUMENT_TOKEN_TO_BE_REPLACED

Film: Just in time with the opening of movie theaters in Palm Beach County comes the season’s most … END_OF_DOCUMENT_TOKEN_TO_BE_REPLACED

Music: The very last concert Franz Joseph Haydn attended in his life was in March 1808, about a year … END_OF_DOCUMENT_TOKEN_TO_BE_REPLACED