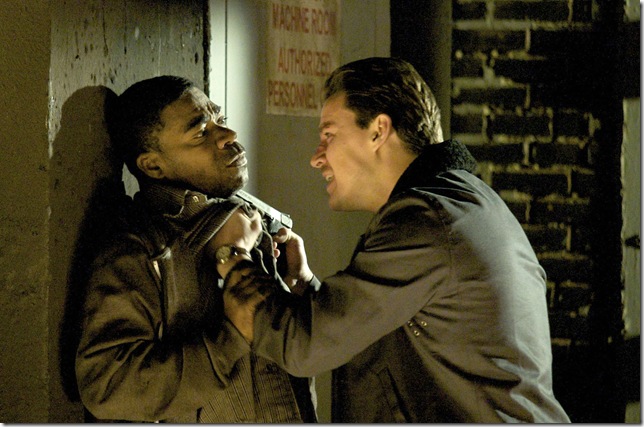 Director-screenwriter Dito Montiel (A Guide to Recognizing Your Saints, Fighting) grew up in the low-income housing projects of Queens, N.Y. Many of the guys that he grew up with are now either in prison or dead, yet through sheer determination he avoided both and became a filmmaker.

How did he beat the odds and avoid the violence that he recreates in his latest feature, The Son of No One, opening in area theaters this weekend? “Man, you know, fear. And I really love it,” he says of making movies. Typical of his tenacity was his early efforts at playing with a rock band. “We taught ourselves and we were so bad, we had to make our own songs, because we weren’t good enough to play anyone else’s songs.

“So the notion of doing things myself has been there since I’m a kid, only because nobody would ever give me anything. And then after a whole bunch of strange circumstances, I ended up making movies.” 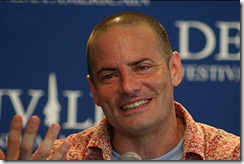 The Son of No One is a gritty thriller about a second-generation cop (Channing Tatum, who has starred in all three of Montiel’s movies) who finds himself in over his head when assigned to re-open a double homicide cold case from his Queens neighborhood. The more he investigates, the closer he comes to a dark secret about himself.

Although much fictionalized, the story comes from Montiel’s recollections of growing up in the projects. As he recalls, “We used to hang out in a guy’s apartment there, practicing in a band. We were 14, just screaming into amplifiers.

“There was a guy Hankie, he was about 18-19. He used to really terrorize us because he was older. He just used to smoke crack and never leave,” says Montiel. “One day, somebody killed him. He was dead in the hallway and I remember the police taking him away. As awful as this sounds, we were kind of relieved, y’know?

“A lot of terrible things happened, but we really believed that no one cared what happened inside these walls.”

Although The Son of No One was made on a shoestring budget, Montiel’s screenplay was able to attract an A-list cast, including Oscar winners Al Pacino and Juliette Binoche, as well Katie Holmes, Ray Liotta and Tracy Morgan.

How in the world did he gather such a cast? “It’s bananas, right? It’s like you write your silly craziness in the middle of the night and then you put it out there and you pray,” says Montiel.

Tatum signed on first, from an informal pitch from Montiel while they were making Fighting. “We were doing a movie together and we’re friends, so I thought of him from the beginning. He was a star, but not a big enough star to get the movie made at the time. Thank God for ‘Dear John,’ ” a 2010 surprise hit romance, “and now he’s off and running.”

Next came Holmes, drawn to play Tatum’s wife by the couple of juicy dramatic moments she has. And then came The Phone Call.

“John Burnam, who is Al Pacino’s agent, called up and said, ‘Al would like to meet you.’ I said, ‘Are you kidding me? You say where and when, man,’ and I ran.” From the start, Montiel had wanted Pacino for the former lead detective on the case. So he sent him a script, but never expected to ever hear back from him.

“I mean, who does? That’s the top of the world, y’know?.” says Montiel. “Everyone plays Lotto, no one thinks they’re gonna win.

“Al loves to act, and luckily he saw something in my screenplay that he could do special, and I certainly think he did.” For very little money, “he was shooting our movie in the morning, turning 70 and doing Shakespeare in the Park at night.”

Pacino has a reputation for being demanding and difficult, but Montiel insists he saw none of that. “The first day, we only had a couple of hours to do one of his really long scenes with the kid. It was literally five pages just of him talking and the little boy listening.

“He shows up and I was begging the first assistant director, ‘We need more than two hours for this. This is crazy. This is Al Pacino, it’s his first day.’ He said, ‘That’s all we got. We’re on a tight schedule.’ So Al shows up and he says, ‘Can I do one rehearsal?’ I said, ‘Of course.’ He did it and he literally missed only two words. I’m not a stickler for words, but he apologized, ‘I think I missed two words.’ He was just the best.”

Although he is still something of a novice at directing, Montiel was able to gain Pacino’s respect and cooperation. “I come as a fan. I think maybe that helped, that I don’t try to pretend that I know more than him,” he says. “I just enjoy watching him and then I’d ask him to try something, and luckily he did.

“It’s such a small movie,” Montiel says of The Son of No One. “Even though is has a lot of stars, everyone really stepped in and did it for nothing. We shot it in 24 days. We got to make something we really liked.

“The hardest thing? It’s all hard, I guess. I’m pretty new in the (film) world, but from what I hear, it’s tougher and tougher to make movies that you write, that don’t have cars blowing up and things like that.

An average police procedural drama elevated by an attention-getting cast, The Son of No One moves back and forth between 1986, when a young boy in the Queensboro Projects accidentally kills two low-lifes, and today, when his long-buried secret begins to surface. Writer-director Dito Montiel knows how to deliver the grime of the streets he grew up on and he knows how to pull good histrionic performances from his cast, but the story he tells never fully washes and nor does it rise above typical television fare.

Still, the Sundance Film Festival-screened release is worth a look, if only for the scenery-chewing work of the likes of Al Pacino as lead detective on the case and the cover-up, Katie Holmes as the agitated wife of the young killer, now grown and a cop himself, and comic Tracy Morgan in a dead-serious turn as the grown, but emotionally stunted, eyewitness to the shootings.

At the center of the film is perp-turned-cop Jonathan White (Channing Tatum, the least of the high-powered cast), who cannot shake his past, and Ray Liotta as his precinct captain, a little too eager to sweep matters under the rug. The movie looks aptly gritty, but expect to be ahead of the story and expect it to break at regular intervals for commercials.

Film: Playwright August Wilson began his chronicle of the African-American experience throughout the … END_OF_DOCUMENT_TOKEN_TO_BE_REPLACED

Film: Just in time with the opening of movie theaters in Palm Beach County comes the season’s most … END_OF_DOCUMENT_TOKEN_TO_BE_REPLACED

Music: The very last concert Franz Joseph Haydn attended in his life was in March 1808, about a year … END_OF_DOCUMENT_TOKEN_TO_BE_REPLACED