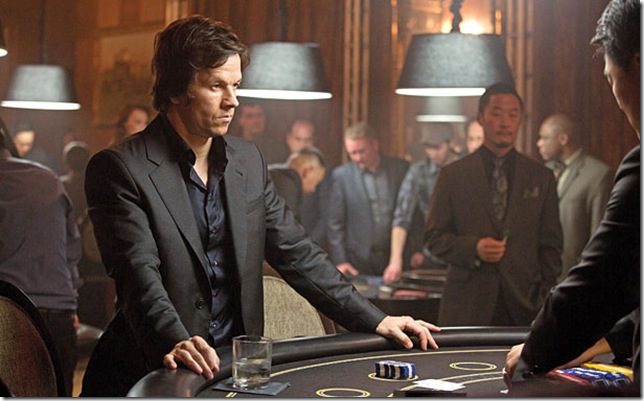 English-born filmmaker Rupert Wyatt is well aware that there was a 1974 movie called The Gambler, starring James Caan and Lauren Hutton, but to his mind he was never doing a remake.

“I remember it being specifically a study of addiction,” he says of the earlier film. “So when I read the script that Bill Monahan had written, I knew immediately that we weren’t making the same movie, and that was very important to me.”

In the new Gambler, Mark Wahlberg plays Jim Bennett, a more complex character, a nihilistic college professor from a wealthy family, a guy with a self-destructive obsession with gambling.

“To me this was much more about a guy who has had so much foisted upon him, all of these social trappings, being bestowed with so much that he actually didn’t ever really ask for. And so he’s trying to break all that apart in order to start again,” says Wyatt. “So it’s a redemption story, which I think is a very different story. To actually find a similarity between the two, to me anyway, does a disservice to both projects.”

As with screenwriter Monahan, Wyatt sees something personal in Bennett’s dilemma. “I would say there are certain aspects to the character that reflected choices that I was looking to make in my life, whether in my career or my personal life,” he concedes. “I’m fascinated by the notion of the lives that we lead, the gambles that we make, the win-or-lose scenario of Western society which is a very dog-eat-dog, sink-or-swim outlook on life.”

Asked if he considers himself a gambler, Wyatt responds without hesitation, “Oh, yeah. Absolutely. We all are, aren’t we?”

Unlike Bennett, though, he is not drawn to casinos. “No, I’ll burn a hundred bucks at a blackjack table and walk away. If I put money in a slot, I expect to get something out of it.”

Wyatt is a co-founder of Picture Farm, a production collective and commercials company, for which he co-wrote and directed the 2008 British prison thriller, The Escapist. His career got a major boost when he signed on two years later to direct Rise of The Planet of the Apes, the series reboot.

He acknowledges that that movie has little in common with The Gambler. “When you work within the Hollywood system, (filmmaking) falls into two categories. You either build things from the ground up, or you come in and you tailor things that have already been pre-conceived. Certainly this film and the ‘Apes’ film I’ve been operating more as a tailor. So I’m keen to get back to the notion of starting something of my own. Not necessarily small, but something where I’m building from very, very basic foundations.” 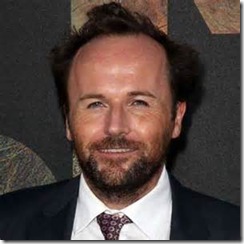 To prepare for The Gambler, Wyatt visited some of the underground gambling dens of Los Angeles. “I mean I went to the ones that would allow me in,” he says with a laugh. “There were invitations to the more high-stakes poker games that happen up in the Hollywood Hills. They were fascinating to watch, because these guys are staking millions of dollars. And it’s all so low-key.

“I was intrigued to witness the lack of emotion,” Wyatt adds. “Gambling is not a particularly interesting thing to watch. It’s very much a player’s sport, not a spectator’s sport. But that said, there’s an amazing drama in the silence and the poker-face-like nature of what is going on beneath the surface. So I shot those sequences like a Western.

“It’s a real balancing act when you’re making a film about gambling. You’ve got to have the audience believe he’s going in there to win, because if you know he’s going in there to lose, it sucks all the life out of the movie,” Wyatt explains. “I think there are many moments, be it at the blackjack table or in life, where sometimes we stay at the table too long. We don’t walk away when we should.”

By the time Wyatt was signed to direct The Gambler, Wahlberg was already attached to play Bennett. Still, Wyatt has nothing but admiration for his star. “I think because he’s an outsider. The character to me was always a bit of a rebel, a bit of a Randle P. McMurphy of ‘One Flew Over the Cuckoo’s Nest,’ a guy who’s raging against the machine. I find that fascinating as a character study and I think that Mark is one of those guys who has made his way in life living many different lives. I think there was probably something at the core of who Jim is that Mark is really looking for, which is holding on to who he really is.”

There is a natural likeability to Wahlberg, Wyatt feels, which really helps on this film. “I think especially when you’re telling the story of a man who, on many levels, is not the most appealing of characters. He is quite an anti-hero,” says Wyatt. The challenge becomes “finding a way into who he is so that we’re really interested in him. We don’t have to like him, we just have to be interested in him.”

The Gambler opened nationwide on Christmas Day, a curious choice by its studio, 20th Century Fox. “I guess you could call it counter-programming,” offers Wyatt. “It’s funny, because when I grew up, Christmas Day meant a ‘Planet of the Apes’ movie. I know that’s not really a Christmas movie in America. One man’s meat is another man’s poison.

“I think what’s really appealing about this film is it’s a story of consequences. And more often than not, we’re living in an age where cinema doesn’t have many consequences on a mainstream level,” he says. “Cinema is still the primary medium in terms of modern culture. With that comes a great deal of responsibility to tell stories on consequence.”

Film: Playwright August Wilson began his chronicle of the African-American experience throughout the … END_OF_DOCUMENT_TOKEN_TO_BE_REPLACED

Film: Just in time with the opening of movie theaters in Palm Beach County comes the season’s most … END_OF_DOCUMENT_TOKEN_TO_BE_REPLACED

Music: The very last concert Franz Joseph Haydn attended in his life was in March 1808, about a year … END_OF_DOCUMENT_TOKEN_TO_BE_REPLACED