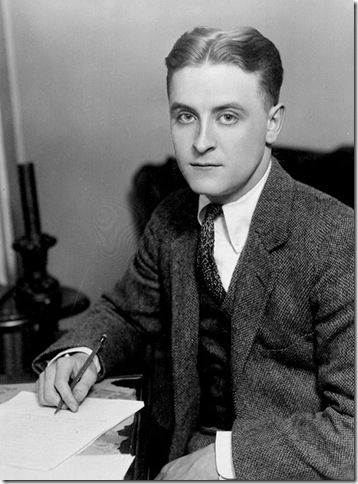 In 1999, a 21-year-old upstart never suspected that resurrecting a classic mystery magazine would turn him into a sleuth.

No, Andrew Gulli does not solve murders, like some young, male Jessica Fletcher. Instead, his work as the founding editor of the revived Strand magazine has led him to become adept at locating and publishing lost stories by famous writers.

His latest discovery, a madcap comic romance titled “Temperature,” languished at Princeton University, where F. Scott Fitzgerald’s papers are held, for nearly 75 years. It joins the stories by Mark Twain, Joseph Heller, Dashiell Hammett, James M. Cain, Tennessee Williams, and H.G. Wells that Gulli has found and published in the Strand. “Temperature” appears in the July-October issue of the quarterly magazine.

“It’s been a great run and I hope to keep it up,” Gulli says. “We’re going from strength to strength. It started in 2009, when I read about some unpublished pieces by Mark Twain and I was able to get the first rights to them. I figured there must be a lot of other stories out there. I started doing research, and lo and behold, there are a lot of things by famous writers that have been neglected over the years.”

Gulli’s work unearthing lost stories has been the object of some potshots from scholars over the years, experts who say the stories he finds and publishes were never “lost.” Scholars knew exactly where they were. But though he uses some of the techniques of scholarship — he found the Tennessee Williams story in the archives of the University of Texas, and he combed thousands of pages before locating the Fitzgerald story at Princeton — he never calls himself a scholar.

“My school was the school of hard knocks,” Gulli says. “I’m just someone interested in reading and books. By the age of 18, I had read more than 1,000 books. It drove my Mom crazy.”

Nor does Gulli exaggerate the importance of the stories he finds. “The Twain was good, funny and sarcastic, but it was not one of his best. The Joseph Heller is a really, really good story. I publish a mystery magazine, and sometimes the mystery is why a story of this quality wasn’t published.” His speculation is that many writers are most famous as novelists, not short-story writers.

“I think their stories just get forgotten over the years,” he says.

For the first 10 years Gulli ran the new Strand, he published contemporary writers. Founded by George Newnes in 1890, it was largely the magazine Sherlock built. Arthur Conan Doyle had already published some Holmes stories, but after his first publication in the Strand — “A Scandal in Bohemia” — both Doyle and the magazine thrived together. After publishing many of the best writers of its time, the Strand closed shop in 1950.

But it’s done well in its new incarnation. “We live in a great time, with great writers,” Gullli says. “I published Ray Bradbury. But back in the days of the original Strand, you had people writing stories full-time. Now you can be a very successful writer without ever mastering the craft of the short story.”

Then Gulli published the Twain story, and an obsession to find more was born. One rule guides Gulli in deciding what discovered manuscripts to print. “We’ve only published stuff that will honor the memory of a beloved writer,” he says. “I’ve found unpublished work that would have insulted the writer had it been published. I don’t want to knock down any literary hero.” 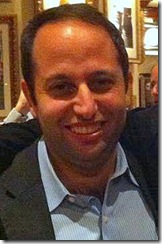 Gulli judges “Temperature” highly. He found it as a polished manuscript, not a fragment. “It was polished, typewritten, ready for prime time,” Gulli says. “I was surprised it had not been published.” Gulli cites a rumor that Fitzgerald had sent the story to the Saturday Evening Post, where it had been turned down. “But I cannot confirm that. It’s just something that seemed to be languishing. I can’t find anything in the letters about it. The manuscript is dated 7-7-1939. A week later he severed ties with his agent, a patient man who had gotten tired of lending Fitzgerald money.”

“Temperature” is a charmer of a story, obviously influenced by Fitzgerald’s time in Hollywood, where his attempts to sell out and become a screenwriter failed miserably. A famous young explorer named Emmet Monson, staying at the mansion of a movie star friend, receives a diagnosis of a fatal heart condition when his X-rays are mixed up with those of another man. As Emmet becomes convinced he is dying, a series of mishaps and misunderstandings lead to busted friendships, the loss of a glamour girlfriend, and, finally, true love with a beautiful, wised-up young nurse.

Not a major addition to the Fitzgerald literary canon, “Temperature” certainly won’t do the kind of damage Go Set a Watchman has brought to the reputation of Harper Lee and To Kill a Mockingbird. Fitzgerald is in authorial command of the narrative from beginning to end, utilizing the form of the screwball comedy to entertain, but also to mock the Hollywood conventions that have rejected him. It’s easy to imagine the rapid-fire dialogue coming from, say, Jimmy Stewart and Rosalind Russell — or, as Gulli prefers, Cary Grant and Katherine Hepburn. The sappy, happy ending would have played great on the silver screen.

“He’s being a little satirical, not only of Hollywood, but also the physicians,” Gulli says. “By that time, doctors had plundered him for treatments for Zelda.” Fitzgerald’s wife, Zelda, suffered mental instability and was institutionalized much of the last 15 years of her life.

Gulli found the story early this year and entered into negations with the Fitzgerald estate in February. He says he’s also uncovered a story by “a very famous mystery writer,” but cannot promise he will be allowed to publish it. “The estate is not as wonderful as the Fitzgerald estate,” he says.

But not to worry. “I have some other stuff on the horizon. The well isn’t bottomless, but it’s deep.”

Film: Just in time with the opening of movie theaters in Palm Beach County comes the season’s most … END_OF_DOCUMENT_TOKEN_TO_BE_REPLACED

Music: The very last concert Franz Joseph Haydn attended in his life was in March 1808, about a year … END_OF_DOCUMENT_TOKEN_TO_BE_REPLACED