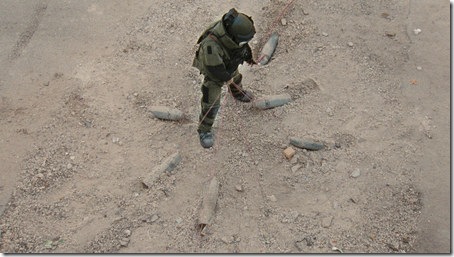 No, not by a process of elimination, but by inflation. I’m talking about the new, probably not improved, look for the Academy Awards, with its revised voting dynamic for best picture. Not only are there 10 nominees for the top Oscar, but members of the Academy of Motion Picture Arts and Sciences will be ranking their 10 choices, with number one choices receiving 10points, the second getting nine and so forth.

According to the academy, this is all in the name of being more inclusive, but the reality is the desire to boost their slipping broadcast ratings for the broadcast ceremony. It airs live this Sunday night ( 8 p.m. on ABC-TV) and seems likely to drone on even more than usual with so many more nominees vying for airtime.

You can probably trace the genesis of this revised format to the snub two years ago of the mainstream commercial and critical hit, The Dark Knight. It got squeezed out by smaller, independent films which more fit the profile of best picture winners in recent years. Potential viewers were less involved in the ceremony without a big popular film to root for, and so they never bothered tuning in. In droves.

The best picture category this year is large enough to include the audience-friendly, but depressingly ordinary The Blind Side, the quirky, but unlikely-to-win District 9, and Pixar’s high-grossing, family fare Up, only the second animated film to be nominated for best picture. Up has no chance in this field, either, but its inclusion here means that it is a shoo-in for best animated feature, which it probably would have won anyway.

I am not a big fan of the Oscars, feeling that they select the wrong films and artists too much of the time, with votes cast for a variety of reasons other than excellence or achievement. Still, I would argue the purist line for the tradition of five best picture nominees rather than a watered-down list of 10.

We can expect this year’s show to get that ratings bump, but it will be due more to the presence of blockbuster Avatar, which has made more money (more than $700 million domestically, at the latest count) with a vast number of moviegoers have seen it, the main reason they will bother to tune in. 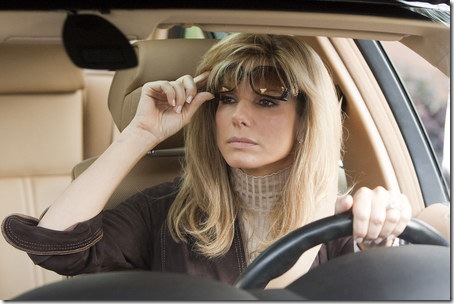 For the first time since the first year of the Oscars, the show will be co-hosted, by Alec Baldwin and Steve Martin, an interesting odd couple that has generated added buzz. Do not expect the wit of the heydays when Billy Crystal was emceeing or even the charismatic success last year of Hugh Jackman, but the Baldwin and Martin team will probably not be dull.

To compensate for the extra time spent of the added Best Picture nominees, the word is that this year’s producer Adam Shankman (Hairspray) has eliminated the production numbers for each Best Song candidate. Sounds like a smart move, considering some of the tuneless nominees in recent years.

Even though there are 10 films in the running, this is really a two-horse race. In this corner is Goliath (the mega-successful science fiction yarn with landmark 3-D visuals, Avatar) and over there is David (the powerful Iraq War story made on a tight budget, The Hurt Locker). Mind you, whatever went up against Avatar would be cast as David, but even with its wide distribution, The Hurt Locker is at the bottom of the pack in attendance and box office.

Still, both films pulled in nine nominations and there is that wonderful tabloid match-up in the best director category between Avatar’s James Cameron and his ex-wife, Hurt Locker’s Kathryn Bigelow.

Expect Avatar to jump out ahead in the first hour of the broadcast. It really is a technical marvel that deserves to win most of the early awards, but if The Hurt Locker wrests a few away, like Sound Editing or Sound Mixing, it could be a big night for the small picture. I figure it to be close in statuette totals, but look for the best picture bragging rights to go to the Iraq War film.

In the acting categories, expect sentiment and likeability to win out over genuine performance achievement. Indications are that this is Sandra Bullock’s year to win (for the overrated The Blind Side), versus, say, the great Helen Mirren, so brilliant in the little seen The Last Station. Think of Bullock as this year’s Julia Roberts in the year she won for Erin Brockovich. It’s not much of an acting workout, but if Bullock is ever going to get an Oscar, it will be for this movie, so the Academy will rise up and say, “We like you, Sandy. We really like you.” (Do make a point of seeing Mirren in The Last Station. Please.) 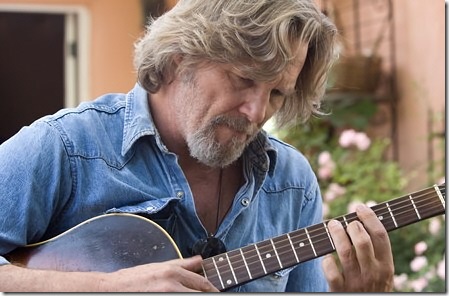 The case for Jeff Bridges is pretty much the same, another industry favorite, but at least he is a four-time nominee and his performance as the alcoholic country-western singer is quite good, so he will win as best actor. If you want to see the best performance in this category, watch Colin Firth in A Serious Man. He had always been seen as a light comedy lightweight, and this work as a grieving gay professor should change all that.

In the supporting categories, there have been two performers who have swept the preliminary awards and had better have another acceptance speech in them. I’m talking about Mo’Nique in Precious and Christoph Waltz in Inglourious Basterds. And it would be hard to argue that they are not extremely deserving.

Below is the full ballot of my picks. Yes, I have money riding on the outcome in a small pool among friends. If I do not win, you will not hear any more about it from me.

Here are the probable winners at Sunday night’s Oscar ceremony, in my opinion at least:

* Best Adapted Screenplay: Up in the Air

* Best Animated Short Film: A Matter of Loaf and Death

Film: Playwright August Wilson began his chronicle of the African-American experience throughout the … END_OF_DOCUMENT_TOKEN_TO_BE_REPLACED

Film: Just in time with the opening of movie theaters in Palm Beach County comes the season’s most … END_OF_DOCUMENT_TOKEN_TO_BE_REPLACED

Music: The very last concert Franz Joseph Haydn attended in his life was in March 1808, about a year … END_OF_DOCUMENT_TOKEN_TO_BE_REPLACED