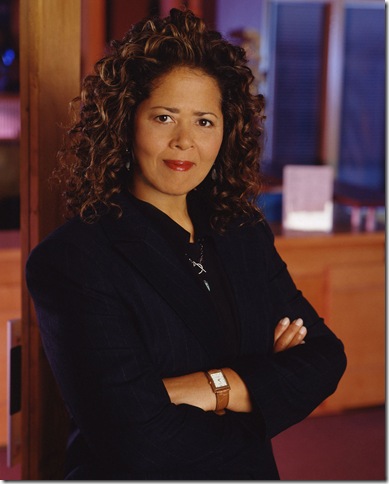 Anna Deveare Smith won’t be mounting a full production of her new one-woman show On Grace at the Festival of the Arts Boca. But she will be offering the one thing that might be better — a chance for the audience to become co-creators of the play.

“I’m going to be doing excerpts from On Grace,” Smith said recently by phone. “This is a presentation, not a production. It’s still in development. I’ll refine it according to how the director assesses the performance, and how the audience responds.”

Smith is widely known from her work as an actress in film and television, especially The West Wing, in which he played National Security Advisor Nancy McNally, and her current job as hospital administrator Gloria Akalitus in Showtime’s Nurse Jackie.

It’s in the theater, where she invented a new kind of show, that Smith has made her most lasting mark. Nothing quite like it had been seen before — the topical one-woman, multi-character production, based on the exact words of real people interviewed by Smith

“The audience is either the people we keep at bay until we’re ready,” Smith said, “or we can involve them in the process. We will open up the show for discussion, asking people what grace means to them, using the show to create a conversation. Hopefully it will be something of interest to the audience.”

There’s little chance anyone will be bored. Beginning with Fires in the Mirror (1991), about the Crown Heights riots in Brooklyn, and most famously with Twilight: Las Angeles (1992), about the Rodney King riots, Smith has challenged and — yes — entertained audiences with her amazing ability to portray any character — from elderly black women to Korean grocers to rodeo cowboys to one of her chief influences, writer Studs Terkel.

“Studs Terkel was a huge influence on me even before I met him,” Smith says of the irascible, gravelly voiced Chicago journalist and pioneer of oral history in books like Working. “I eventually got to know Studs and we became friendly. He was very important to me in the ’90s and early 2000s.”

Smith’s current play, On Grace, grew out of her highly regarded 2008 production, Let Me Down Easy, which explored health care, dying, athletics, healing, cancer, and other issues related to the human body. She said On Grace is, among other things, about “goodness and kindness.” In some ways, it’s a search for the meaning of grace.

“Of course, grace has a specific meaning in Christianity,” Smith said, “but it’s bigger than just religion. I performed for theologians in Chicago. The rabbi said grace and mercy are comparable. The Buddhist monk laughed, and said, ‘We don’t think that way.’ The imam was better at characterizing the Christian view of grace than some Christians.”

Smith was driven to create her own path into the theater out of frustration with the way she was being treated as an actress in the early 1980s. Her experience on the long-running soap, One Life to Live, where she briefly played Hazel, “the shampoo girl” at a salon, almost drove her away from acting.

“‘One Life to Live’ did nothing for me as a performer,” Smith recalled with a bit of heat in her voice. “That type of thing, most of us are doing that when we are kids, just to get the attention of casting directors. Directors were teaching classes on how to audition for soaps and we were waiting tables to pay the expensive tuition. All I got was a couple days work in an environment where no one was nice to you. It was rough.”

Afterward, Smith decided to take the kind of diligence and imagination she had been putting into acting and use it to create her own work. It was, she said, a long process and it started with her interest in how language works. Smith grew up in Baltimore, where the oral tradition in the black community left an impression, and where she was the first African-American student at a Jewish high school.

“I had a classical training around the work of Shakespeare,” Smith said. “He’s the master of words. That went into me wanting to look into real life. If I could take another person’s words, I could simulate them onstage. Shakespeare was my number one influence.”

It was through her own work in the theater that Smith finally began to gain attention — “if not from America at large, then from people like Rob Reiner,” who cast her in the hit film The American President. Smith adds, “If any young people are reading this, I suggest they figure out a balance between the traditional route of doing things and following your heart to see if that brings you any kind of career.”

When Smith takes the stage to perform as many as 30 different characters in a single play, she strides the stage like she owns it. Some critics have applauded her gift as an impressionist, but while it is true that she does much of her work with that amazingly malleable voice, what she does is not impressions but acting. But she didn’t have that kind of confidence when she began. In truth, she doesn’t have it now.

“No, I didn’t have confidence as an actor,” Smith said. “In fact, I say confidence is overrated. You should give doubt a try. I’ve been doing this for a long time, and I’m still not completely confident. We can wait a long time for confidence and get nothing done. I go forward, full of doubt and terror.” 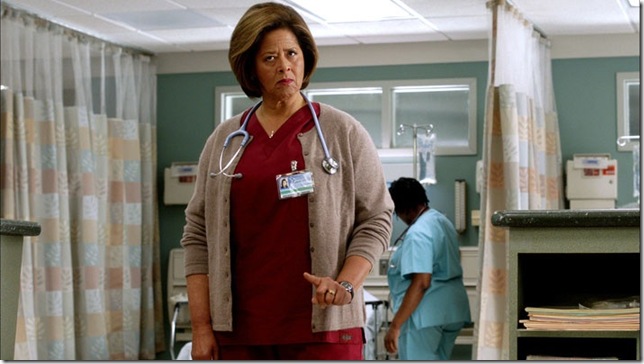 Smith’s work in the theater has earned her a lengthy list of awards and prizes, including a Pulitzer nomination, multiple Drama Desk awards and Tony nominations, a MacArthur Fellowship (the “genius award”), a Dorothy and Lillian Gish Prize (worth $300,000, one of the richest in the world). Last summer, President Obama presented her with a National Medal of Arts and Humanities, alongside George Lucas, Tony Kushner, Joan Didion and other luminaries.

While Smith has appeared in a number of successful movies, including Dave, Philadelphia, The Human Stain, The Manchurian Candidate, and Rent, she loves working in television.

“We are in an era when the best writing geniuses are in TV,” Smith says. “Aaron Sorkin deserved a Pulitzer Prize for The West Wing. The writing on Nurse Jackie is extraordinary. I love working in television. Being on it. I love the crew, the whole way it’s organized, and the high level of professionalism. And on our set, the spirit of joy. At Halloween, everyone dressed up in costumes. Not masks or make-up, but full costumes, even the crew.

“It’s really great to be in television as I am now,” Smith said. “It’s not as it was in the early years.”

Anna Deveare Smith will be at the Festival of the Arts Boca on March 11 at 7 p.m. in the Amphitheater, where she will present Reclaiming Grace in the Face of Adversity, selections from her work-in-progress On Grace. For tickets and other information, visit the festival website at http://www.festivaloftheartsboca.org.

Film: Playwright August Wilson began his chronicle of the African-American experience throughout the … END_OF_DOCUMENT_TOKEN_TO_BE_REPLACED

Film: Just in time with the opening of movie theaters in Palm Beach County comes the season’s most … END_OF_DOCUMENT_TOKEN_TO_BE_REPLACED

Music: The very last concert Franz Joseph Haydn attended in his life was in March 1808, about a year … END_OF_DOCUMENT_TOKEN_TO_BE_REPLACED