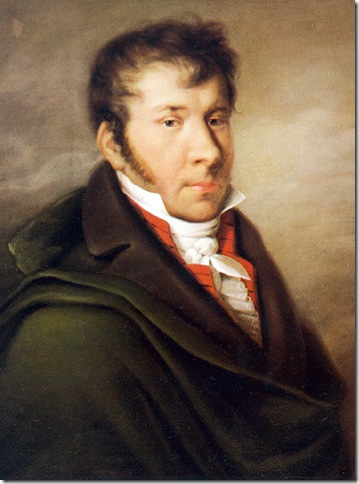 A music series that employs a dedication to the rarer reaches of the repertory is necessarily about discovery, and when it all comes together, there’s a rich feeling of satisfaction when a well-programmed concert ends.

The first series of concerts this past weekend in the 23rd iteration of the Palm Beach Chamber Music Festival fulfilled its mission of finding worthy, little-known works most admirably, with a program of three unusual pieces that begged the question of why we don’t hear them more often.

That was particularly true of the Military Septet (No. 2 in C, Op. 114) of Johann Nepomuk Hummel, a big work for flute, clarinet, trumpet, violin, cello, bass and piano written by an Austrian composer best-known today for his Trumpet Concerto. But in his day he was considered one of the greatest pianists in Europe, and his studies with Mozart, Haydn and Salieri, as well has his friendships with Beethoven and Schubert, help make his career and music an exemplar of the Classical era.

His Military Septet, so-called because of the flavor of the trumpet writing, was composed in 1829, toward the end of his life, and when the musical world was on the brink of something very different. Hummel’s music doesn’t have the depth of Mozart or Beethoven, but this septet is a well-crafted, elegant piece that charms without being frivolous, and that has a sense of solidity to its lightness that breathes a deeply civilized air.

The seven players who took it on Sunday afternoon at Delray Beach’s Crest Theatre — violinist Dina Kostic, cellist Susan Moyer Bergeron, bassist Jason Lindsay, trumpeter Marc Reese, flutist Karen Dixon, clarinetist Michael Forte and pianist Lisa Leonard — did a splendid job, in particular with the way they were able to balance a disparate lineup of tone colors and make them blend effectively. Central to this was pianist Leonard, who in her first entrance after the Mozart-style tattoo that opens the work played her phrases with the kind of shape and sensitivity that catch the ear and invite attentive listening.

It is something of a mini-piano concerto in that first movement, with an expansive, busy piano part that drives the music along in an engaging way. The piano plays more of a background role in the slow second movement, allowing more of a spotlight on the other instruments; violinist Kostic introduced the pretty theme with taste and restraint, and the ensemble gave this gentle, serene music a lovely sense of gradual unfolding.

A tense minuet with a gracious trio built out of the answer to a trumpet call came next, followed by a high-spirited finale in which the spirit of Mozart was evident and the piano again took a leading role. The piece ends quietly, for some reason, but the bulk of the finale music is athletic and vigorous, and the septet performed it with strength and style. Again, no one would claim that this music is original, but in its Beethoven-lite layout and honest craftsmanship, it makes an excellent, entertaining selection for a concert like this, and surely much of the audience Sunday came away pleasantly surprised.

The Hummel occupied the second half of the program, and the first was devoted to two 20th-century British works: Malcolm Arnold’s Trio for flute, viola and bassoon (Op. 6) and Herbert Howells’s Rhapsodic Quintet, for clarinet and string quartet.

The Arnold trio (which appears on the Chamber Music Festival’s 2003 recording, Illuminations) is a witty and sometimes astringent work from 1943 in which all three players have an equal share in the proceedings. Flutist Dixon, joined by violinist Rene Reder and bassoonist Matthew Corey (filling in for festival co-founder Michael Ellert, who is taking this summer off), attacked it with alacrity, especially in the first movement, which evokes Rossini strongly and explores unexpected harmonic paths after opening with a throwback melody. The severe, somber second movement makes a good contrast to the finale, which returns to the impishness of the first. This was a clean, expert performance by the three musicians of some challenging, difficult music.

Howells, a composer best-known for his Christmas motet Here Is the Little Door as well as sacred music such as his beautiful Requiem, composed his one-movement clarinet quintet in 1917, during World War I. It is a wonderfully lyrical and beautiful piece, redolent of the pastoral modal English style of the time, and of Vaughan Williams in particular. Clarinetist Forte was accompanied by violinists Mei Mei Luo and Kostic, violist Reder and cellist Susan Moyer Bergeron in a reading of this work that was highly emotional and communicative.

Forte has a classic, focused clarinet sound, the kind of sound that blends well with his musical partners and speaks to his decades of work as an orchestral player. He was at all times a member of an ensemble rather than a big-foot soloist, and the music isn’t written as a display vehicle in any case; the clarinet is a special color amid the strings rather than standing apart from it.

The warm and passionate music of the first section leads to a march-like section with the cello providing a regular pulse as the other instruments explore a quirky motif that climaxes broadly and then returns to the material of the initial pages, though this time transformed into music of much greater intimacy. The musicians judged the music’s narrative with precision, making the middle section really stand out, and the final pages haunt with a muted radiance.

The Palm Beach Chamber Music Festival continues Friday, Saturday and Sunday with the Oboe Quartet of Mozart, Alexis Roland-Manuel’s Suite in the Spanish Style, Eugene Goossens’s Suite for flute, violin and harp, and the Sextet of Ernst von Dohnanyi. Concerts are at 7:30 p.m. Friday at Palm Beach Atlantic University’s Persson Hall, 7:30 p.m. Saturday at the Eissey Campus Theatre in Palm Beach Gardens, and at 2 p.m. Sunday at the Crest Theatre in Delray Beach. Tickets are $25; call 800-330-6874 or visit www.pbcmf.org for more information.

Film: Playwright August Wilson began his chronicle of the African-American experience throughout the … END_OF_DOCUMENT_TOKEN_TO_BE_REPLACED

Film: Just in time with the opening of movie theaters in Palm Beach County comes the season’s most … END_OF_DOCUMENT_TOKEN_TO_BE_REPLACED

Music: The very last concert Franz Joseph Haydn attended in his life was in March 1808, about a year … END_OF_DOCUMENT_TOKEN_TO_BE_REPLACED