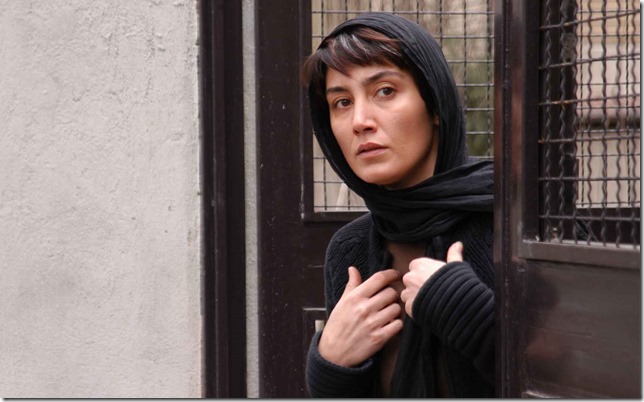 An interesting thing has happened to the career of Iran’s Asghar Farhadi: It is moving forward by moving backward, at least for Western audiences. Ever since his 2011 drama A Separation scored Oscar and Golden Globe gold, his previous features have been unearthed from dust heap of film history, feeding an international art-house audience hungry to explore an auteur’s inchoate artistry.

Last year, his 2009 masterpiece About Elly, concerning a group of Iranian friends dealing with a mysterious disappearance on a coastal holiday, finally received an American release, and this year we have the privilege of experiencing Farhadi’s 2006 movie Fireworks Wednesday, thanks to fledgling distributor Grasshopper Film.

Opening in South Florida exclusively at the Coral Gables Art Cinema this weekend, Fireworks Wednesday isn’t Farhadi’s richest film, but it’s still an astonishing achievement by an inquisitive and subversive voice. It displays Farhadi’s commanding camera eye while perceptively forecasting themes of morality, ethics, responsibility and gender inequality that would flower in A Separation and The Past. Like these films, it could easily bear the subtitle Scenes From an Iranian Marriage.

The movie’s protagonist is Roohi (Taraneh Alidoosti), a young woman engaged to be married. Farhadi wastes no time plunging us into one of his favorite themes, the clash of religious tradition and secular modernity in contemporary Iran: In the first scene, Roohi’s chador becomes caught in the spokes of her boyfriend’s motorbike, a sly visual joke belying the heaviness that awaits.

We soon learn that, in order to cover expenses for their pending nuptials, Roohi has accepted a position to clean houses for a maid agency. She’s dispatched to a walkup apartment with a broken buzzer — a daunting omen for what lurks inside the residence. The apartment’s interior resembles a work in progress, with all of the furniture covered, belongings cluttering the floors, and glass piled under a shattered window.

When Roohi arrives, a man with a bandaged hand, Morteza (Hamid Farokhnezhad) is speaking passionately on the phone. The person on the other line is not his wife; she arrives presently, ready to engage in a promised State of the Union-type discussion with her husband, only to be told that he has to rush off to work. Harsh words are exchanged. Morteza leaves, and his wife Mozhde (Hediyeh Tehrani) lingers suspiciously over their answering machine and hides in the shower, atop a stool, pressing her ear near the vent connecting to an adjoining apartment.

Farhadi is skilled at eliding exposition, spelling out nothing for his audience and waiting for us to catch up to his characters’ concerns in mid-stream. Information unravels deliberately; The New Yorker’s Anthony Lane, in his review of The Past, referred to this style as “a kind of narrative drip feed.” Ultimately, we realize that Mozdhe suspects her husband is having an affair with their neighbor Simin (Pantea Bahram), a divorcee running a questionably legal salon business out of her apartment.

Most of the story plays out from Roohi’s perspective, and she becomes a tool for all three figures in this suburban triangle, becoming an accomplice through osmosis. She’s not a maid so much as an amateur sleuth, emissary, interlocutor and nanny (to Mozdhe and Morteza’s young son, Amir-Ali).

Roohi seems to lie to protect one spouse, then the other — or does she? The truth changes like the tides over the course of a dramatic day and night, which happen to coincide with the Persian New Year. The cracks and pops of fireworks provide an abrasive complement to the characters’ emotional turmoil, building to a late-film crescendo that resembles a war zone more than a celebration — a riotlike dystopia of bonfires and sirens. It’s one of the most atmospheric sequences in Farhadi’s oeuvre.

Fireworks Wednesday also contains an early example of Farhadi employing cinematography as commentary. In the film’s most brutal scene, Morteza storms out of his workplace and beats his wife, in broad daylight, for spying on him. But instead of showing us the abuse, Farhadi’s camera remains planted in the elevator of his office building as it ascends, in shame and embarrassment. It’s not unlike Scorsese’s iconic Taxi Driver pan away from a rejected Travis Bickle and onto a vacant corridor.

By the time Fireworks Wednesday reaches its morally murky climax, the messy apartment has become as clean as a model home — a new start for a new year. But Farhadi is smart enough not to equate aesthetics with inner tranquility. Seeds of doubt have been sufficiently planted; whether they’ll grow to fruition is, openly and excitingly, anyone’s guess.

Film: Playwright August Wilson began his chronicle of the African-American experience throughout the … END_OF_DOCUMENT_TOKEN_TO_BE_REPLACED

Film: Just in time with the opening of movie theaters in Palm Beach County comes the season’s most … END_OF_DOCUMENT_TOKEN_TO_BE_REPLACED

Music: The very last concert Franz Joseph Haydn attended in his life was in March 1808, about a year … END_OF_DOCUMENT_TOKEN_TO_BE_REPLACED