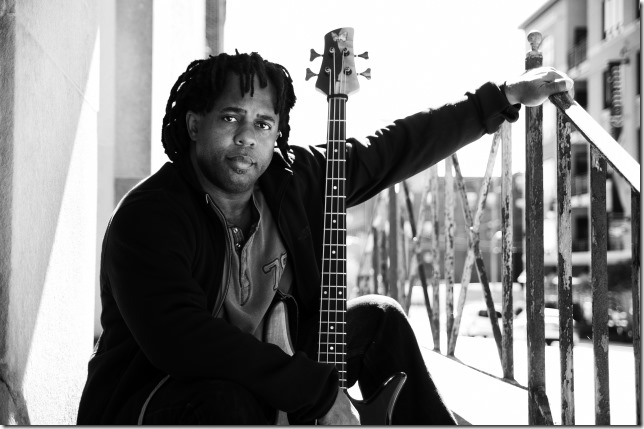 In between is 64-year-old jazz guitarist Lee Ritenour, a Grammy-winning Los Angeles native who has more than 3,000 session credits, from Dizzy Gillespie and Fourplay to Pink Floyd and the Brothers Johnson, and 51-year-old bass phenomenon Victor Wooten. Best-known for his jaw-dropping work with the genre-defying instrumental group Bela Fleck & the Flecktones, the Idaho native has lived in or around Nashville for the past two decades as he’s split his time between the Flecktones, solo and session recordings, and several other pursuits.

Wooten became an author with his 2008 book The Music Lesson, and furthered his already-lengthy educational résumé in 2009 when he and his wife opened Wooten Woods, a nearly 150-acre retreat west of Music Town where he holds his renowned music camps.

His quartet at the Florida Jazz and Blues Jam includes saxophonist Bob Franceschini, whom Wooten met while both were part of the band led by fusion guitar icon Mike Stern; the extraordinary drummer Dennis Chambers (whose credits range from Parliament/Funkadelic and Santana to John McLaughlin and John Scofield), and second bassist Anthony Wellington — a fellow Wooten camp instructor for the past 17 years.

“I think the last show I did in South Florida was a solo concert a couple years ago,” the bassist says. “I can’t even remember the venue or the town. But this festival is going to be fun as a spectator as well as playing. We’ll get to enjoy some great music before and after our set. I’ve played with each of the members of my current quartet many times, but we’ve never all toured together before. Most of my playing with Bob and Dennis has been in Mike’s band. Anthony and I met at a Flecktones show in the mid-1990s, and he’ll primarily function in the role of the bassist, quote-unquote, while I function more as a soloist and melody player.” 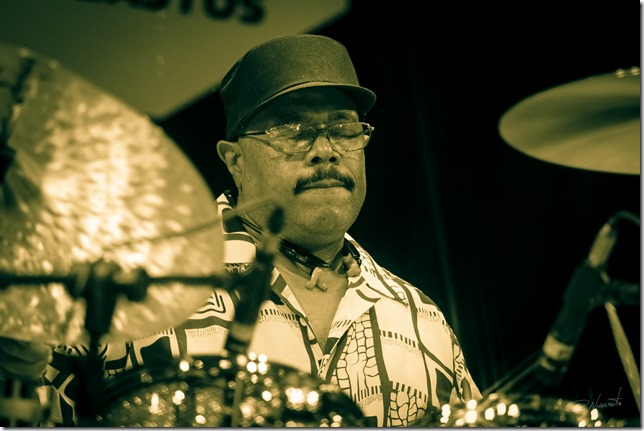 The fact that the 57-year-old drummer Chambers is included is even more miraculous than his impeccable sense of swing or speed-of-light technique. Not two years ago, he was found unresponsive in his hotel room while touring Europe with Stern, having nearly bled out due to liver failure.

“Dennis is incredible,” Wooten says. “He’s back to normal; healthy, has put his weight back on, and I think he’s even playing better than ever.”

Musical education has always been central to Wooten’s vision, but certainly not in its conventional form. Self-taught, he started performing at age 5 in his family band with older brothers Regi on guitar, Rudy on saxophone, Joseph on keyboards, and Roy (later to become “Futureman,” the guitar-shaped drum synthesizer player with the Flecktones) on drums.

“My brothers were my biggest influences,” Wooten says, “and we still play together when we can. I still play quite a bit with Roy, of course, and I’ll tour Europe in late June with Regi. Rudy is occasional, as is Joseph, who’s been with the Steve Miller Band for more than 20 years. I learned to play music the same way you learn to speak English, by being included. I wasn’t excluded because I was a beginner. We do that to musicians; we exclude you if you’re not good enough.”

As for the Flecktones, the group’s individual members have taken varying roads over the past few years — but ones that will soon converge.

“We haven’t toured for around three years,” Wooten says, “but we’ll do two weeks together this summer, from June 1 through 16, with the original lineup including [keyboardist and harmonica player] Howard Levy. Although I’m sorry to say none of those stops are in Florida this time.” 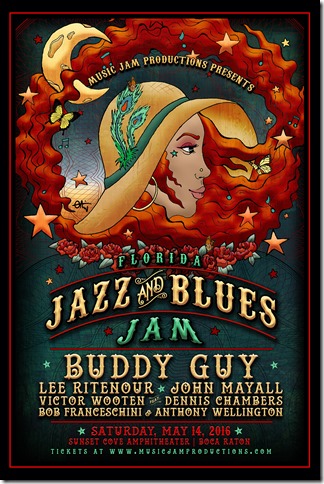 Forced to name non-sibling influences, Wooten drops some of the usual suspects — even if he’s one of the few who can combine elements of all of them to create his own inimitable style.

The bandleader and bassist hopes that his current quartet’s tour will whet appetites for a new recording. Wooten’s latest were the simultaneous 2012 releases Sword and Stone (which was all-instrumental) and Words and Tones (which included guest vocals).

“I had each musician bring in material they wanted to play live for this tour,” Wooten says, “so we’ll play a new tune by Bob, some pieces Dennis requested, and some stuff I’ve already recorded. My hope is to record with this band, so I’m just getting the new material started to do just that. And before we play and after we’re done, we get to be fans. That’s the great thing about festivals. Plus myself, Buddy Guy, Lee Ritenour and John Mayall can all bring new listeners to our audiences.”

Film: Playwright August Wilson began his chronicle of the African-American experience throughout the … END_OF_DOCUMENT_TOKEN_TO_BE_REPLACED

Film: Just in time with the opening of movie theaters in Palm Beach County comes the season’s most … END_OF_DOCUMENT_TOKEN_TO_BE_REPLACED

Music: The very last concert Franz Joseph Haydn attended in his life was in March 1808, about a year … END_OF_DOCUMENT_TOKEN_TO_BE_REPLACED