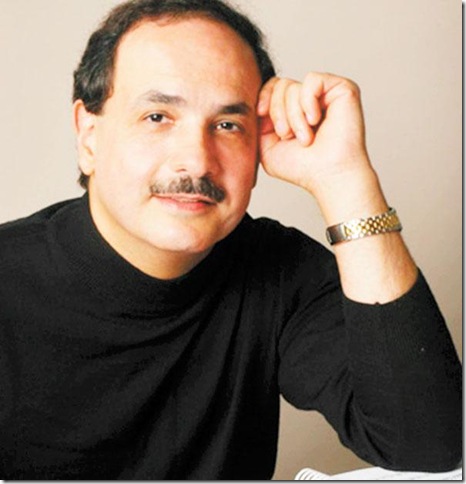 The folk styles of a people became the rallying musical cry during the nationalist upheavals of the mid-19th century, and while the politics have faded since then, what is left with today’s listeners is a sonic personality assembled from characteristic tones and rhythms.

While we’re familiar with what those are in the case of the major European countries, it’s not so easy to quickly define the music of a country such as Iran, or indeed, to name major aspects of Persian culture. Concertgoers Saturday night to the fourth seasonal weekend of concerts by the Lynn Philharmonia got some education in this regard with a performance of the Flute Concerto by the Iranian-born composer Bezhad Ranjbaran.

The student conservatory’s orchestra has made serious strides forward this season under the leadership of Guillermo Figueroa, a founding violinist of the Orpheus Chamber Orchestra and the former director of the New Mexico Symphony. He has programmed contemporary music on all of these programs, and not minor stuff, either: The Ranjbaran concerto was commissioned by the Philadelphia Orchestra for its principal flutist, Jeffrey Khaner, and premiered on Halloween in 2013— just 16 months ago.

And yet Saturday night, Khaner was there on the stage of the Wold Center for the Performing Arts on Lynn’s Boca Raton campus, giving one of the few repeat performances the concerto has enjoyed since those Philadelphia concerts; indeed, Saturday marked its Florida premiere. This is what it means to be current, and that he was able to secure two more performances of this brand-new work is testimony to Figueroa’s deep ties to the orchestral community and his commitment to giving his audiences fresh, challenging music.

The Ranjbaran concerto is a gently modernist, formally conservative work that gives its soloist a great deal of work to do and keeps the orchestra out of his way most of the time. Much of the music has a florid, sensuous feel, making consistent use of Middle Eastern scales and evocations of the ney, a Persian folk flute (as Ranjbaran himself noted in remarks to the full house at the Wold). Ranjbaran marries that to an all-out virtuoso cast for his soloist, which had the effect of making it sound turbocharged, particularly in the third movement, which was one of those moto perpetuo finales that seem to be de rigueur for contemporary concerti.

Khaner played splendidly, wielding his golden flute with nary a breathy or scotched note in the skeins of exotic color he had to unroll. He has wonderful breath control, and while his tone doesn’t have the piping brightness flute soloists often display, he does have has an elegant, luxurious sound that fit this music well.

The concerto itself is something of a mixed bag. It has strong motifs that make a powerful impression (particularly in the third movement), and Ranjbaran knows how to orchestrate with a fine ear for color and instrumental variety, so it has a forceful profile overall. Its first movement has a long, moody solo cadenza at the outset (marked Grave lamentoso), which is followed by a vigorous response from the orchestra. This Allegro con spirito section had the hand of Shostakovich, particularly the Fifth Symphony, all over it, but without that composer’s particular gravitas. It made exciting listening, though, and the second movement (Adagio cantabile) provided a real contrast. Khaner’s playing was exceptionally tender here, and Ranjbaran made use of his orchestral flutes as well to join him in one particularly elegant passage.

But the finest music of the movement, and indeed of the whole concerto, came in its closing pages, when the texture shrinks down to the soloist and harp, played here by guest artist Deborah Fleisher. In those two or three minutes, Ranjbaran finds something truly his own, a fully assimilated Persian-inflected music that was quite lovely and quite unlike anything else I know. The busy, aggressive finale again echoed Shostakovich, who after all is not a bad model for works like this, but it wasn’t very distinctive, cannily crafted though it was.

Flutists looking for a good contemporary concerto along with that of Nielsen would be well-advised to take a look at the Ranjbaran, overall, especially for its second movement, and for its very effective construction as a solo piece. The flute is almost always in the spotlight, and tackling immense but rewarding challenges. The Philharmonia accompanied Khaner well, keeping their underpinnings on the very soft side to let the soloist shine.

The student orchestra opened the concert with the Beautiful Melusine Overture (Op. 32) of Mendelssohn, a lovely work that gets few outings these days. The performance was rather ragged throughout, and the wind and brass intonation in the early going was not up to par. But the F minor middle section had real drive and power, and Figueroa and his charges gave it a thrilling sense of forward motion.

The concert closed with Berlioz’s Harold in Italy, his masterful symphony and not-really-wannabe viola concerto. The soloist was the estimable Lynn faculty member Ralph Fielding, who played beautifully, and who, in order to be true to the effects Berlioz called for, wandered on and offstage, and at the very end of the final, played off to the side of the front row in the auditorium. Fielding has a chocolatey warmth to his sound that’s very appealing, and in the highest registers, just the right amount of nervous tension.

Overall, the Philharmonia responded well to this epic challenge from their conductor, a Berlioz champion who in 2003 led a 200th anniversary celebration of the French composer’s birth while working in Albuquerque. Such familiar tricky bits as the theme “reunion” in the third movement came off without slowing down, as it sometimes does, and the second movement’s “March of the Pilgrims” was taken at a nice speedy pace that didn’t take away from the effect of its gradual increase in dynamics and instrumental weight (as someone once pointed out, it’s the true model for all those giant Respighi finales).

The finale was not as successful at first; the main theme needs to be absolutely precise and granitic, but it sounded haphazard; not until its later appearances did it reach the kind of ensemble unity it needed. The brasses, too, were inconsistent here, out of tune at first and soggy in attack. But as the music went on, it started to come together much better, which suggests that this afternoon’s performance will probably be an improvement over Saturday night’s.

And yet it was a fine and absorbing concert in general, with new music, excellent soloists, and a group of student musicians who are able to take on major orchestral masterworks creditably if not with the kind of routine excellence they no doubt wish to display. But they give concerts that are important events in South Florida, and that counts for a good deal of what a questing audience member should be searching for.

The Lynn Philharmonia repeats this concert at 4 p.m. today at the Wold Performing Arts Center on the campus of Lynn University in Boca Raton. Tickets range from $35-$50. Call 237-9000 or visit events.lynn.edu.

Film: Playwright August Wilson began his chronicle of the African-American experience throughout the … END_OF_DOCUMENT_TOKEN_TO_BE_REPLACED

Film: Just in time with the opening of movie theaters in Palm Beach County comes the season’s most … END_OF_DOCUMENT_TOKEN_TO_BE_REPLACED

Music: The very last concert Franz Joseph Haydn attended in his life was in March 1808, about a year … END_OF_DOCUMENT_TOKEN_TO_BE_REPLACED