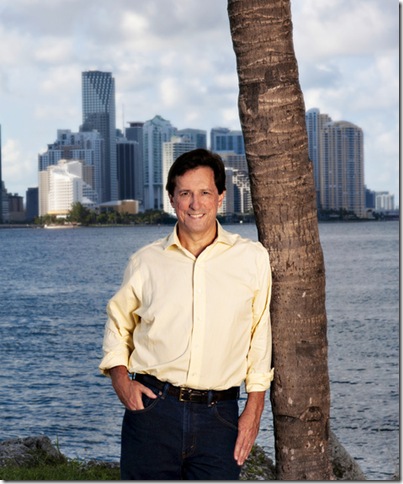 James Grippando, the Miami lawyer-turned-bestselling crime writer, used to be able to produce books faster than publishers could publish them. That’s no longer true, thanks to digital technology. But that doesn’t mean he’s slowed the pace.

“It’s been more than a book a year for a while now,” says Grippando, who has two novels scheduled for the first half of this year, and an unannounced novella to come later.

The author of 22 books, Grippando is just one of the authors on tap today for the first annual Palm Beach Book Festival. The festivities are scheduled for the Norton Museum of Art, 1451 S. Olive Ave., West Palm Beach. For more information, see http://www.palmbeachbookfestival.com.

Festivals are more important than ever, Grippando says, for writers as well as readers, and he hopes the Palm Beach Book Festival becomes a yearly event.

“It’s important to shake off that social media persona, and go out to meet fans,” Grippando says. “The days of 40-city book tours are gone. I only travel for specific events now. I cherish the personal contact with readers that comes at a good festival.”

Grippando is best known for 11 legal thrillers featuring Miami lawyer Jack Swyteck, as well as 11 stand-alone novels. But the lead character of his next, Cash Landing, coming in June, is Swyteck’s wife, an FBI agent investigating a multimillion-dollar heist at Miami International Airport. He calls it a hybrid between the series and the stand alones.

“When you know the characters going in, that shaves two months of work,” Grippando says. “That helps.” 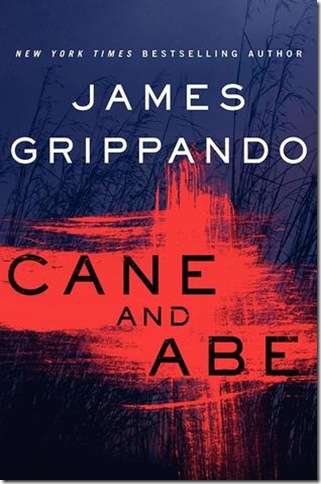 So does experience. Grippando says he’s learned a lot since his first book, The Pardon, came out in 1994. “I used to write 200 pages before I could see a story wasn’t working,” he says. “Now I know by the time I sketch out a 10-page synopsis. I leave much less on the cutting room floor than even five years ago. The longer you do it, the more efficient the process becomes.”

Grippando’s fast pace doesn’t seem to lessen the quality of his books. His most recent, Cane and Abe, was published in January to delirious praise. “Grippando keeps the tension high,” wrote Publishers Weekly, while U.S. News & World Report gushed, “Grippando’s been at the top of the legal thriller ladder for some time.”

Ironically, Grippando never intended Swyteck to be a series character. A brilliant but troubled defense attorney raised in an Anglo home with a difficult father who became governor of Florida, a brother who wound up on Death Row, and a complicated romantic history, Swyteck found favor with readers.

After Grippando introduced Swyteck to the world more than two decades ago, in The Pardon, he reeled off six or seven stand-alones. Gradually, though, the emails and letters from readers asking about Swyteck piled up until they got Grippando’s attention.

“In 2001 my editor and I talked about whether Swyteck was a suitable character to anchor a series,” Grippando says. “We decided he was. I wrote four or five Swyteck books in a row, from 2002 to 2009.”

Since then, Grippando has been alternating series books with stand-alones. He calls Cash Landing a hybrid. “I like that, I like to stretch myself as a writer,” Grippando says. “It keeps the series fresh, to put it down and come back to it again.”

Both kinds of books sell well for Grippando, so it doesn’t look like his fans prefer one over the other. But each time he announces a new book, the first question he gets is whether it’s a new Swyteck,

“If I were to kill Jack off, I’d have to have a sex change and move to another country,” Grippando says with a laugh.

The toughest thing about writing a series for Grippando is avoiding repetition. There are only so many times a character can be falsely arrested, or shot at, or suffer through a failing relationship — and he’s subjected Swyteck to all these tribulations and more.

“The challenge is to keep it believable,” Grippando says. “That’s how I end up writing the stand-alones. A great idea for a story will come, but there’s no place in it for Jack. It’s a big mistake shoehorning a series character into a story where he doesn’t belong.”

Of course many readers make the assumption Swyteck is the author’s alter ego. “Jack is mostly different from me,” Grippando says. “I had a great relationship with my father, and I’ve been married to the same woman for 21 years.”

After Grippando’s writing took off in the late ’90s, he resigned from the high-powered law firm, Steel Hector & Davis. He was surprised at the shock of the transition. “I suddenly went from having a secretary, paralegals, and a corner office overlooking cruise ships to sitting at home at the kitchen table, watching Barney with my newborn.”

In recent years, even though his books are translated into 27 languages, Grippando has returned to the practice of law. Before, he was a criminal defense lawyer. Now he handles sports, entertainment, and intellectual property law, representing Broadway producers and NASCAR drivers for Boies, Schiller & Flexner.

“I work for David Boies’s law firm,” Grippando says. “I only go to the office about once a month. When I’m ready to do more law, they give me the work, and those years I can’t because of writing obligations, they understand.”

If Grippando decides to do more legal work, an option he’s considering, he’ll have to cut down to one book a year. It’s a development his wife will welcome, he says, if not his fans.

But don’t bet on it, at least for the foreseeable future. “I feel a little like I’m on fire right now,” Grippando says. “I can’t say I’ll maintain this pace, but I feel on fire.”

Film: Just in time with the opening of movie theaters in Palm Beach County comes the season’s most … END_OF_DOCUMENT_TOKEN_TO_BE_REPLACED

Music: The very last concert Franz Joseph Haydn attended in his life was in March 1808, about a year … END_OF_DOCUMENT_TOKEN_TO_BE_REPLACED