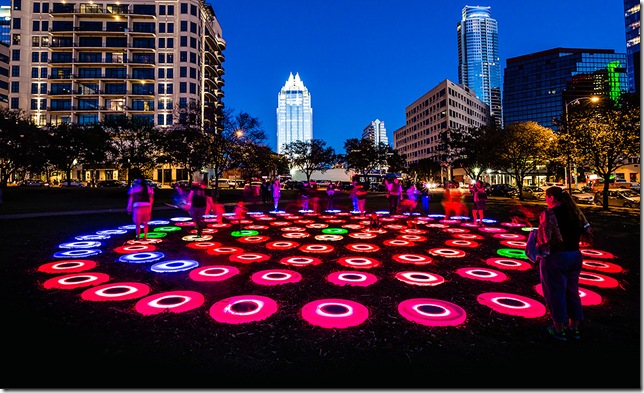 A brilliant — in more ways than one — new art installation will be beaming into downtown West Palm Beach from June 4 to July 4 nightly from 7 p.m. to 11 p.m. on the Great Lawn.

Designed by artist Jen Lewin and presented by the city of West Palm Beach Art in Public Places (AIPP) Program, this concentric, temporary interactive art installment is comprised of giant, neon color-packed concentric circles where the public is welcome to hop, skip, run, jump and play while making art out of lights. The installation has been fascinating and enthralling thousands as it has been featured in more than 30 major installations worldwide including Japan and Europe.

The official lighting ceremony is Thursday. The public is invited to watch The Pool come to life nightly starting at dusk, along with trippy laser lights and music. A bigger Pool Party: It’s All Glow & No H2O happens Friday from 7 p.m. to 11 p.m. as DJs spin favorite summer jams and will lead poolside party games including glow cornhole, glow ping pong, glow hula hoops and more glowful events.

By entering The Pool, art adventurers enter a world where play and collaborative movement create psychedelic swirling lights and rainbow infused color. As more users enter and play in The Pool, their interactions become mesmerizing patterns of shifting and pulsing colors.

Jen Lewin is an internationally renowned light and interactive sculptor based in Boulder, Colo. Over the last 15 years, Lewin has developed her highly technical medium to fabricate large-scale interactive sculptures that mash up light, sound and motion to encourage community interaction. Lewin’s use of technology as a medium challenges popular notions of how media works and their non-limitations as art materials.

Focusing on pieces made for public use, she tries to think above and beyond traditional art exhibitions to help create vibrant experiences in neighborhoods, parks and public spaces. At once organic and electronic, Lewin’s playful LED and neon works leave viewers enchanted and surprised and allow them to become artists themselves. 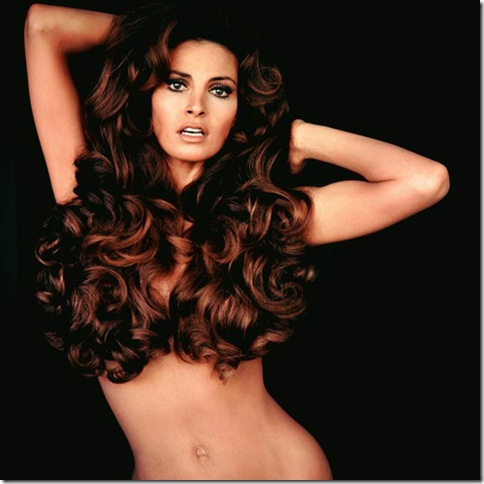 Located as part of Wine Scene, a new wine bar, and Art Garden, a mural filled courtyard that’s like a mini-Wynwood, the beautifully designed two-story street front space at 501 Fern St. has been taken over by Nicole Henry Fine Art, whose sharp eye and exquisite taste fills the gallery and wine bar with really first-class art from the likes of Haitian-born Eduard Duval Carie, whose work is in major museum collections such as the Fort Lauderdale Museum of Art; and photographer Terry O’Neill, who was the go-to photographer in the 1960s and 1970s and was married to actress Faye Dunaway. Henry has two jaw-dropping O’Neill photos of a Amazonesque topless Raquel Welch and a smoking Bridgette Bardot.

She plans to bring more solo shows to the gallery, have panels, and create more of a presence for West Palm Beach’s art scene during the big fair week in December when Art Basel Miami and many other fairs come to South Florida. 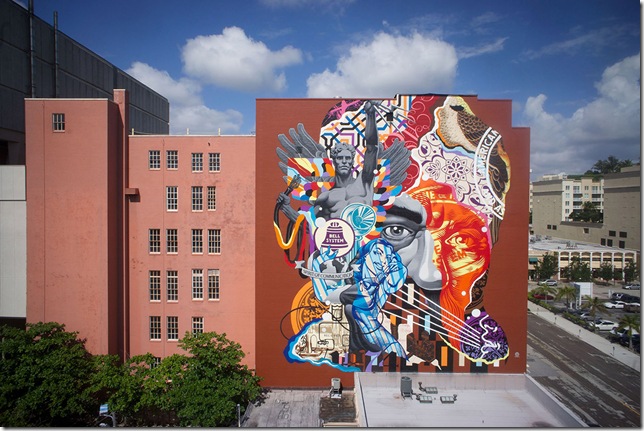 Combine a historic property with contemporary artistic flair, the result is the unique building that houses the new Alexander Lofts at 326 Fern St.

This six-story brick building was constructed in 1926 in the old Southern Bell Telephone regional headquarters, now coined the Alexander Lofts – named for inventor Alexander Graham Bell. This new apartment building, moving its first residents in by mid-June, has been turning art heads for months with the massive 7-story mural by Tristan Eaton created around Bell and his life’s work and legacy.

Alexander Graham Bell revolutionized how we communicate when he invented the Harmonic Telegraph in 1874, thus leading to the modern-day telephone and changing the world forever,” Eaton said in a prepared statement. “For me, art has always been about communication. Art is a more emotional and visual form of communication, but it has the power to connect us just the same. Therefore, being asked to create a mural to celebrate Bell’s life on the former West Palm Beach Southern Bell headquarters, I jumped at the chance and gladly accepted this honor.”

The mural contains images of Bell himself, illustrations from historic Southern Bell phonebooks of the 1940s, diagrams from Bell’s original invention, the Northern mockingbird (Florida’s state bird), and a pinup drawn from work by George Petty that glamorized telephone use.

“I hope for this 7-story mural to be a powerful landmark that brings beauty and glory to both the neighborhood and Bell’s legacy in the city of West Palm Beach,” Eaton wrote.

Film: Playwright August Wilson began his chronicle of the African-American experience throughout the … END_OF_DOCUMENT_TOKEN_TO_BE_REPLACED

Film: Just in time with the opening of movie theaters in Palm Beach County comes the season’s most … END_OF_DOCUMENT_TOKEN_TO_BE_REPLACED

Music: The very last concert Franz Joseph Haydn attended in his life was in March 1808, about a year … END_OF_DOCUMENT_TOKEN_TO_BE_REPLACED